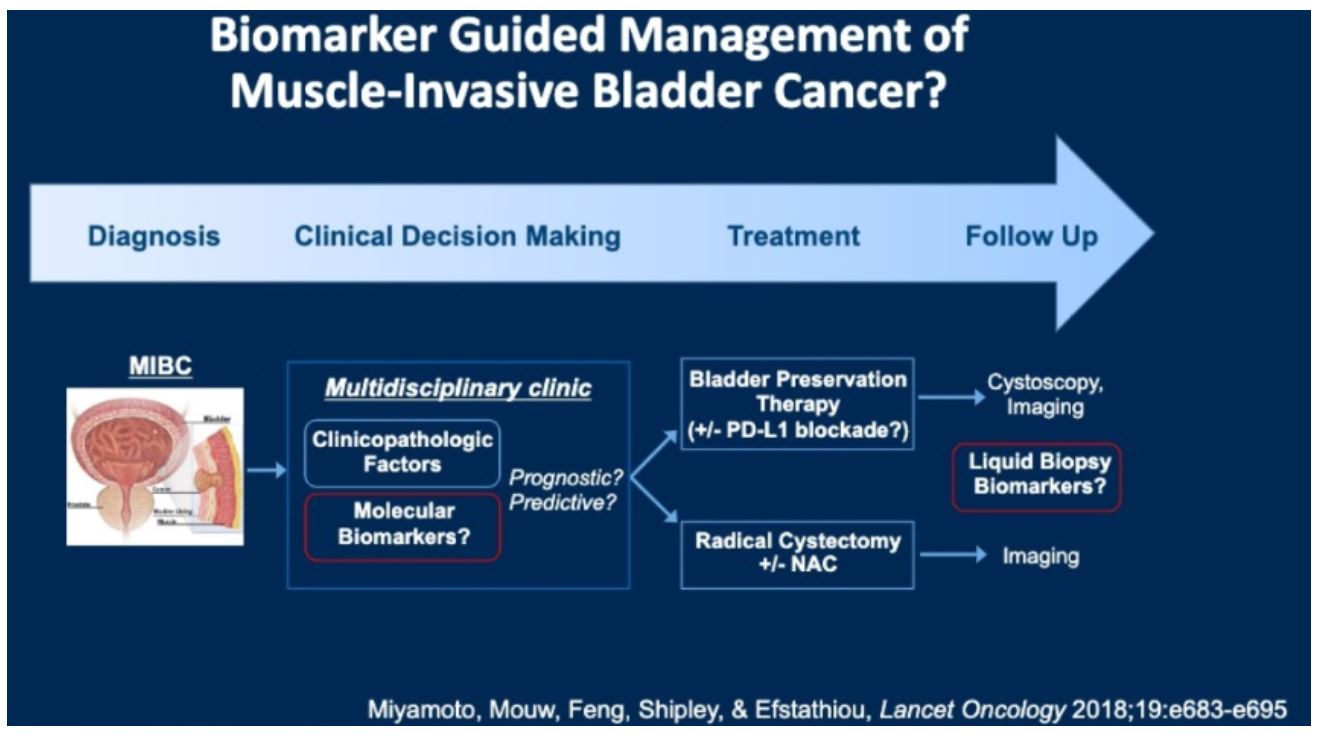 Liquid biopsy can obtain circulating tumor cells (CTCs), which are rare cancer cells that have invaded into the blood stream. This is a non-invasive assay compared to tissue biopsies and it can be performed relatedly before, during and after therapy. However, there is significant challenge in detecting circulating tumor cells. This is due to the fact that although 7.5 ml of whole blood contains 50 billion RBCs and 50 million WBCs, it only contains 0-10 CTCs, posing a significant challenge in obtaining enough cells for use.

In the second part of this talk, Dr. Miyamoto described some important findings regarding CTCs in the various treatment stages of MIBC. In a large metanalysis with 1339 patients from 20 studies, CTCs were detectable in 20-30% of patients with non-metastatic bladder cancer vs. 40-100% of patients with metastatic bladder cancer. CTCs were positively and significantly associated with higher stage 3-4 disease vs. stage <=2 disease (OR 4.6, 95% CI 2.3-9.0).1
CTCs have also been shown to be prognostic prior to radical cystectomy. In a study of 100 patients treated with radical cystectomy for urothelial bladder carcinoma, CTCs were found in 23% of patients preoperatively. No significant association was found between preoperative CTCs and pathologic stage or grade. However, CTCs were independently found to be predictive of survival after adjusting for clinicopathologic features2 (Figure 3).
Figure 3 – CTC prior to radical cystectomy:

Dr. Miyamoto moved on to discuss the role of CTCs in tri-modal bladder sparing therapy, stating that there is currently an ongoing preliminary study of CTC RNA expression in MIBC patients at MGH undergoing bladder sparing TMT.
Concluding his talk, Dr. Miyamoto stated that CTCs could significantly complement ctDNA as part of the liquid biopsy, and molecular analyses of CTCs may be the most promising future direction for developing predictive biomarkers (figure 4).
Figure 4 – CTC and ctDNA combined as part of a liquid biopsy: 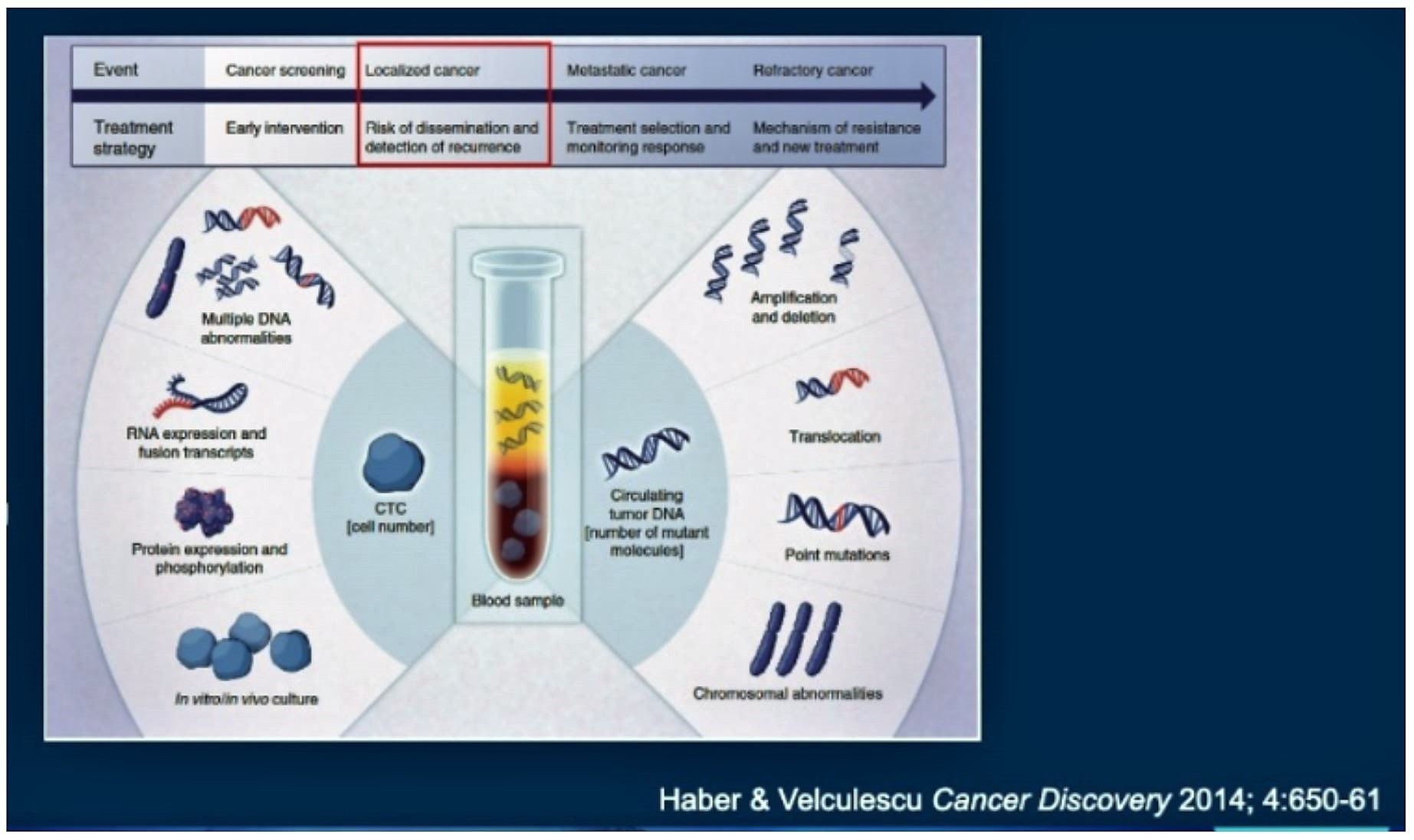