San Francisco, CA (UroToday.com) Standard of care imaging for patients with prostate cancer in the United States includes standard CT imaging and technetium-99 bone scans to evaluate for bony metastatic disease. However, recent advances have introduced new radiotracers and nuclear imaging which may increase the sensitivity for metastatic disease detection. 18-F choline, prostate-specific membrane antigen (PSMA), 18-F sodium fluoride, fluciclovine F-18, and 11-C acetate have all been evaluated for prostate cancer and are under variable use across the world, much of which depends on insurance coverage.  In a study of 100 consecutive patients with PSA increase after prostatectomy, radiotherapy, or hormonal therapy, fluorocholine PET picked up 54 patients with malignant recurrence, all of which was confirmed except one case1.

However, of the negative cases, almost all patients had a PSA of less than 4, especially in patients with a Gleason ≤7, and the authors concluded that fluorocholine PET/CT would not be helpful in low risk patients in evaluating metastatic disease1. However, in a poster presented at GU ASCO 2018, Lorio et al described the experience of 18 fluorocholine (FCH) PET/CT on 1,075 patients with prostate cancer2. In this study, 188 patients with a PSA < 1 ng/ml were included, and 29% of patients had positive extrapelvic nodes and 6% had bone metastases.

Summary: This is a prospective, 1:1 randomized clinical trial comparing 18Flourocholine-PET/CT (FCH) to the standard of care imaging, which is defined as computed tomography (abdomen and pelvis) plus 99mTc-whole body bone scan (SOC). The patients had newly diagnosed or biochemically recurrent prostate cancer and if the patient had no evidence of metastases on the originally assigned study, they would proceed with the alternative imaging strategy to evaluate for metastases. 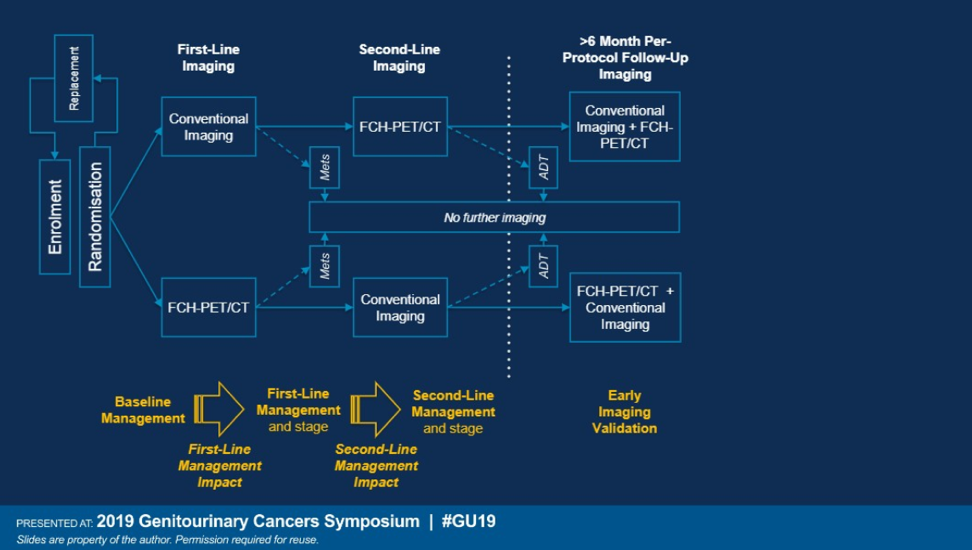 The primary objective was to determine the “utility” of each imaging technique, with respect to changes in treatment options. “High impact” management changes included changes from curative intent therapy to palliative intent, or the reverse, and any change in treatment modality.  Secondary endpoints evaluated any management impact, incremental value, equivocal scan rate, and negative predictive value. 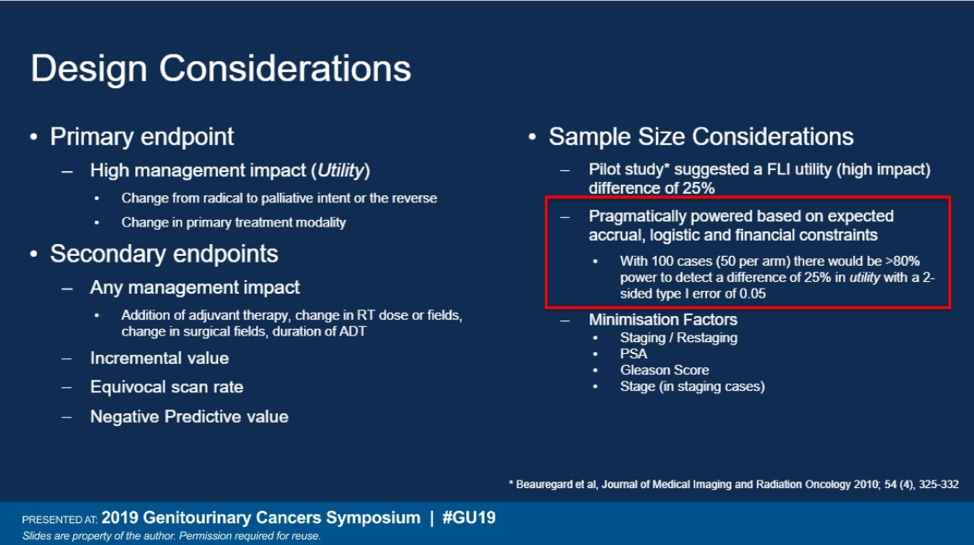 A total of 108 patients were enrolled. 44% were for newly diagnosed prostate cancer and 56% were for patients with biochemical recurrence. A high impact management decision was made 11.1% of the time with SOC and 28% of the time with FCH, and this difference was statistically significant. 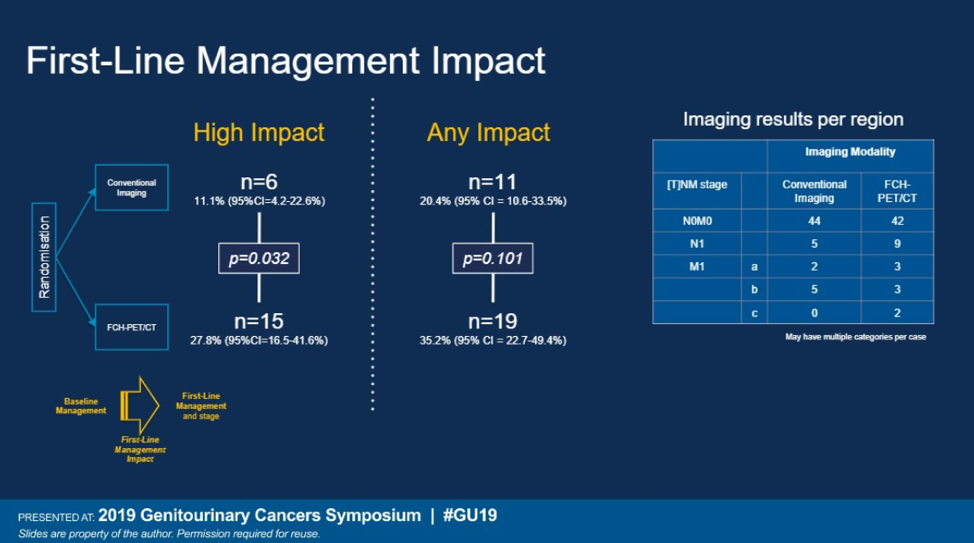 Ultimately, the negative predictive value for defining N0M0 disease was not significantly different between FCH and SOC. Patients who were identified as having the nodal disease by FCH had a longer median PFS than those who had N1 by CLM (32 months vs 3 months), but this may be due to lead-time bias, as there were similar high rates of recurrence. 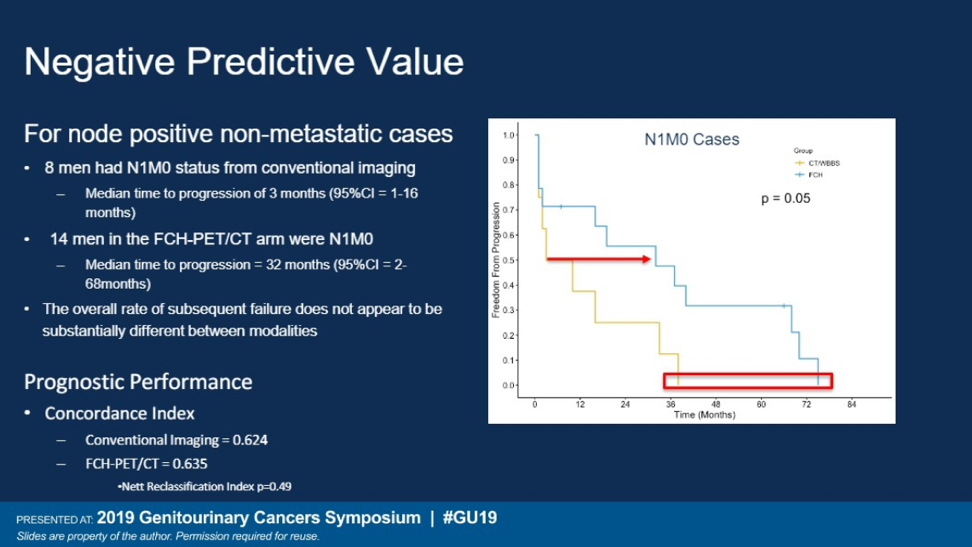 Conclusions: FCH typically offers more clinical utility than SOC imaging and reduces equivocal findings. Clinical management changes were more common amongst patients receiving FCH imaging compared with SOC. This led to a longer median PFS (32 months vs 3 months) compared with SOC imaging but did not ultimately change the subsequent freedom from progression rate, likely due to lead time bias. Thus, at this time, management impact changes based on FCH do not clearly correspond with improved prognostic outcomes.