San Francisco, CA (UroToday.com) Tivozanib is a selective oral VEGFR 1, 2, and 3 tyrosine kinase inhibitor which has been studied in numerous solid tumors including hepatocellular carcinoma, recurrent glioblastoma, and soft tissue sarcoma1-3. Tivozanib has also been studied in the first line setting for metastatic RCC in a large phase III trial with 517 patients, randomly assigned to tivozanib or sorafenib4.   In that study published in 2013, 260 patients were randomly assigned to tivozanib and 257 patients were assigned to sorafenib. 61% of patients who progressed on sorafenib crossed over to the tivozanib arm. In terms of overall survival, there was no significant difference between tivozanib compared with sorafenib (29.3 vs 28.8 months, HR 1.245, 95%CI 0.954-1.624, p=.105). This study compares tivozanib again to sorafenib, but in the refractory setting.

This is a phase III, open-label randomized study comparing sunitinib to tivozanib in patients with refractory RCC. Patients were classified into three groups: prior TKI treatment, prior immune checkpoint inhibitor treatment, and other. The primary endpoint was progression-free survival and second endpoints included overall survival, safety, objective response rates, and duration of response. 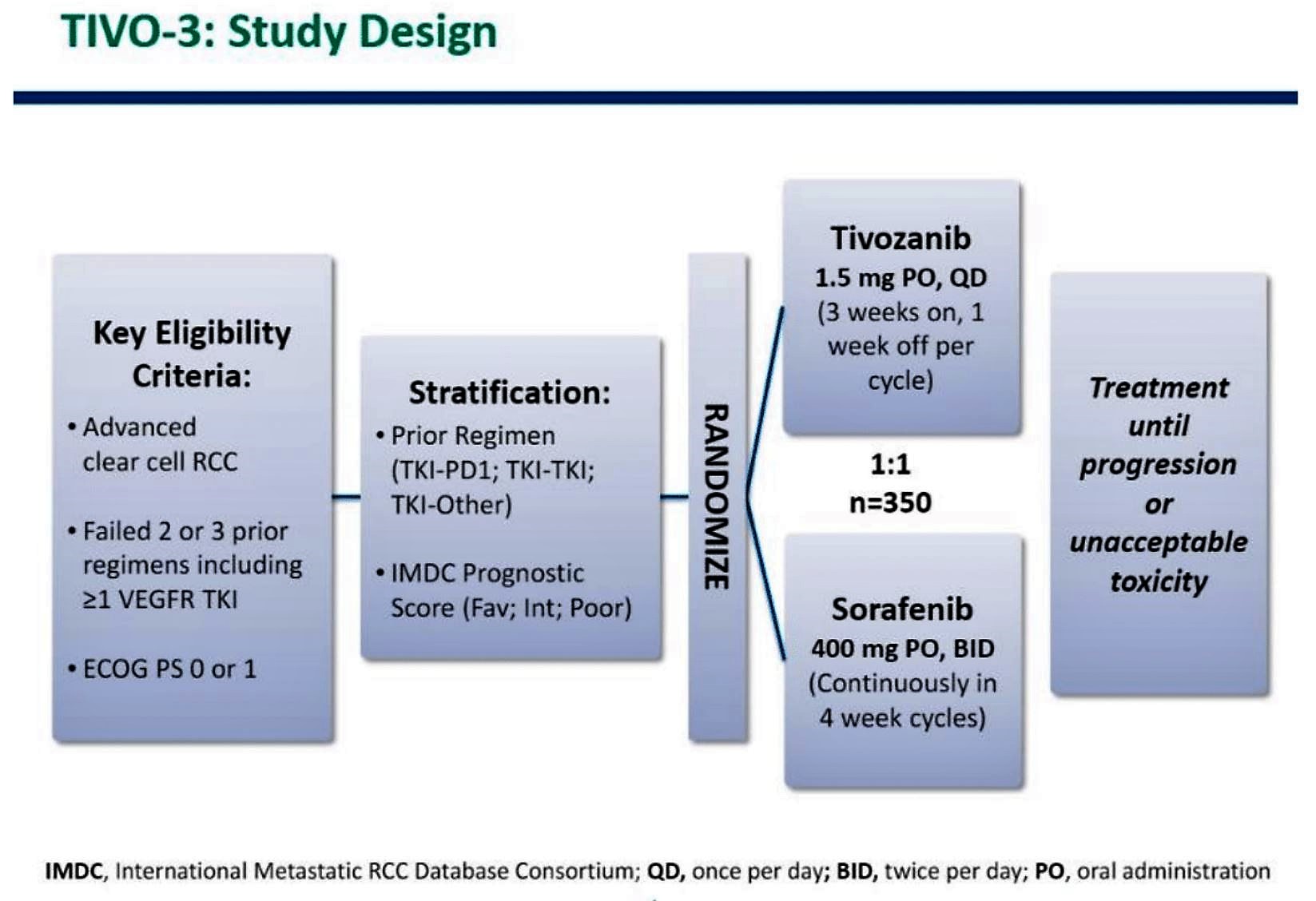 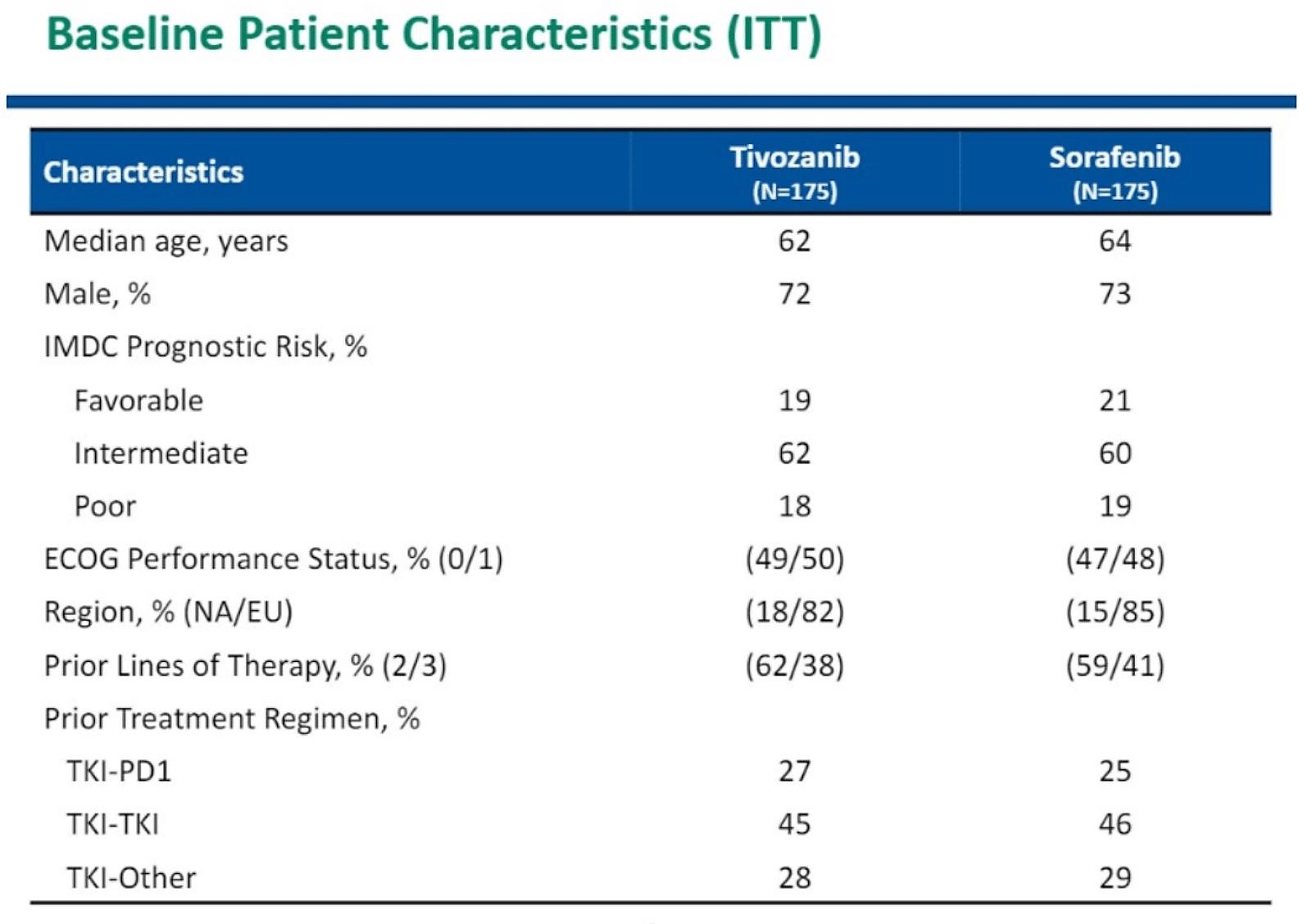 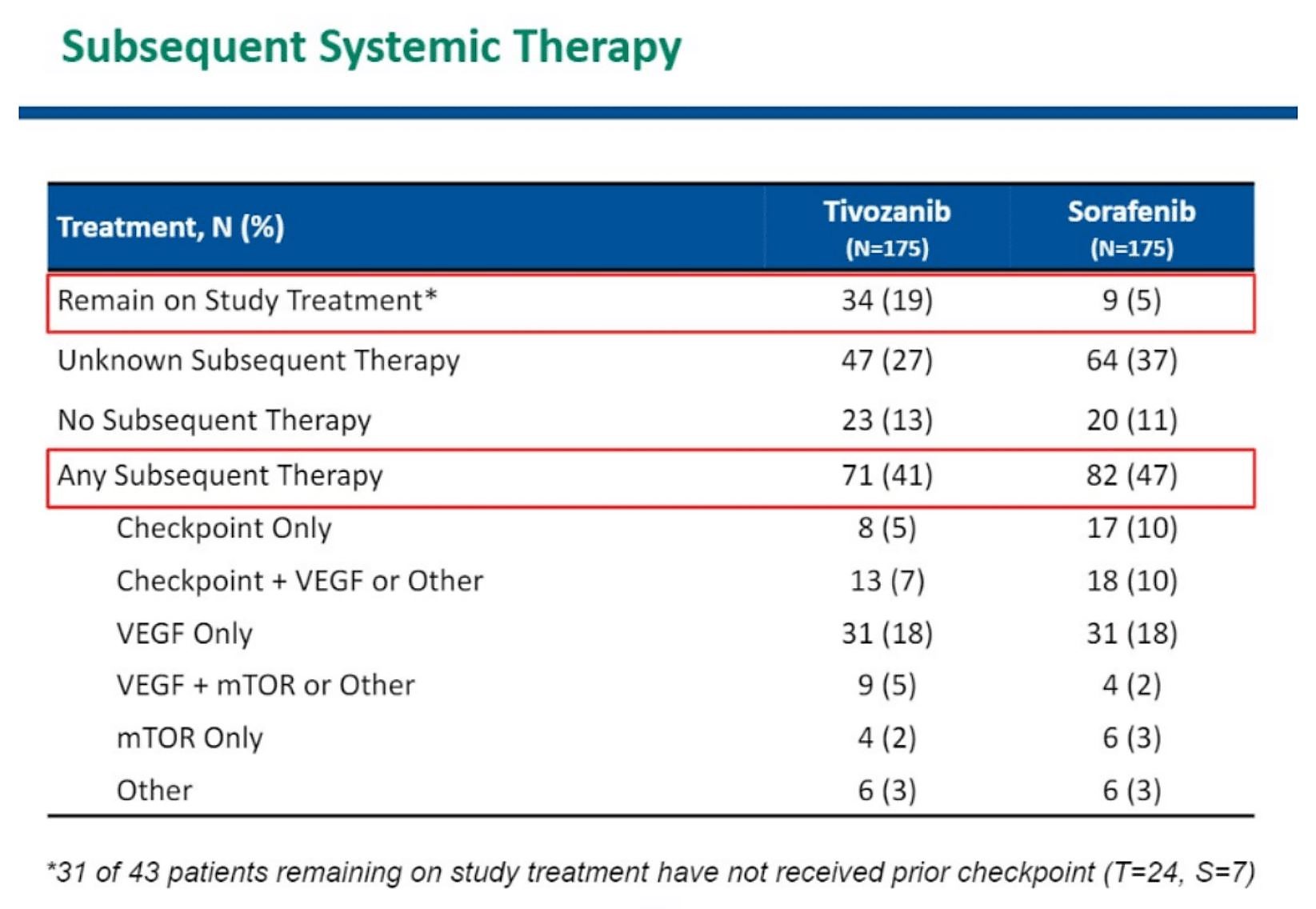 In terms of safety, patients receiving tivozanib were less likely to require a dose reduction as compared with sunitinib (24%vs 38%) or dose interruption(48% vs 63%).55% of patients had a grade 3/4 severe adverse event on sorafenib and 44% on tivozanib. Most of the side effects were on target effects for tivozanib and off-target effects on sorafenib, per Dr. Rini.