(UroToday.com) At the 2022 American Society of Clinical Oncology Annual Meeting held in Chicago and virtually, the poster session focused on Prostate, Testicular, and Penile cancers on Monday afternoon included a presentation from Dr. Clara Hwang presenting an analysis of biomarker-directed therapy in men with metastatic castration-resistant prostate cancer (mCRPC).

Despite identified worse outcomes (higher incidence and mortality) in Black men with prostate cancer, Black men have been underrepresented in large-scale molecular prostate cancer surveys. Given that molecular profiling to guide the use of targeted agents is gaining an increasingly important role in mCRPC, these authors compared precision medicine data and utilization in a cohort of black and white men with mCRPC.

To do so, they leveraged the PROMISE precision medicine database, an academic collaboration to compile clinical and genomic data from men with prostate cancer. In this dataset, all included patients have had germline or somatic genetic testing performed.

In this analysis, the authors included men with a diagnosis of mCRPC who had available data on race and biomarker information. The primary outcome was the proportion of non-Hispanic black (NHB) and non-Hispanic white (NHW) men with actionable molecular data, defined as the presence of mismatch repair deficiency (MMRd/MSI-H), homologous recombination repair deficiency (HRRd), tumor mutational burden (TMB) ≥ 10 mut/MB, or AR-V7. In addition, the authors assessed secondary outcomes including the proportion of NHB and NHW men with other alterations, the type and timing of genomic testing performed, and the use of targeted therapy. 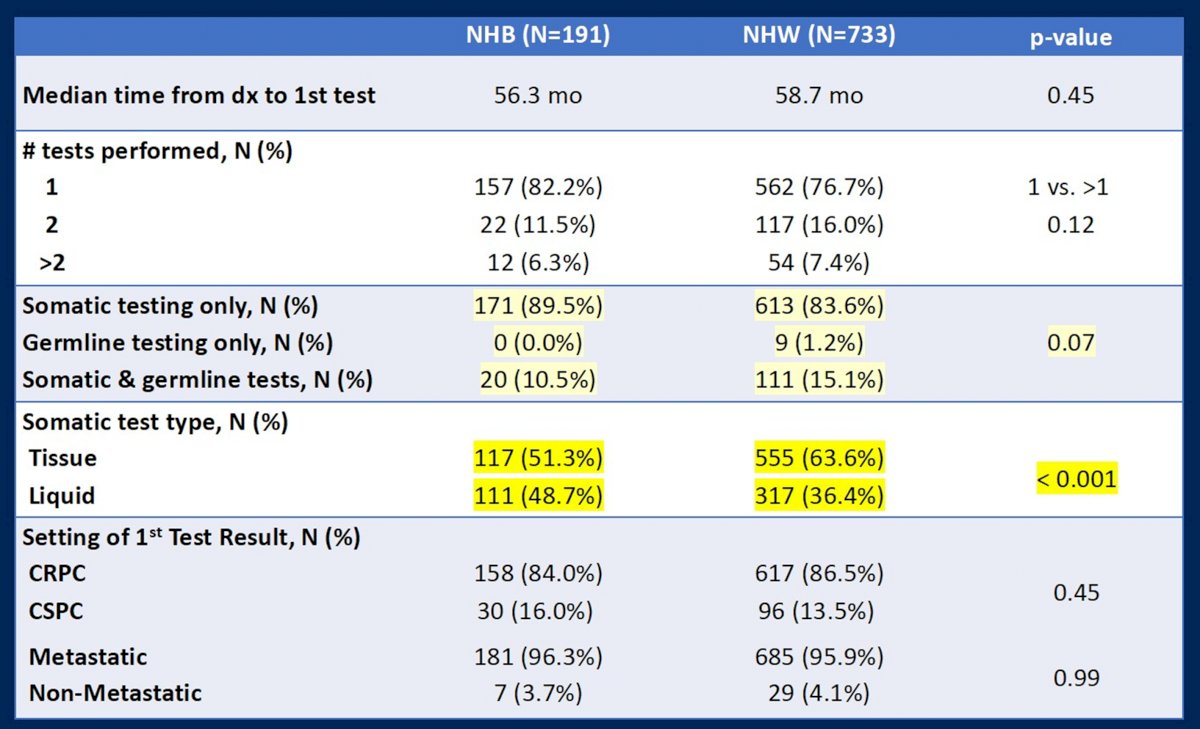 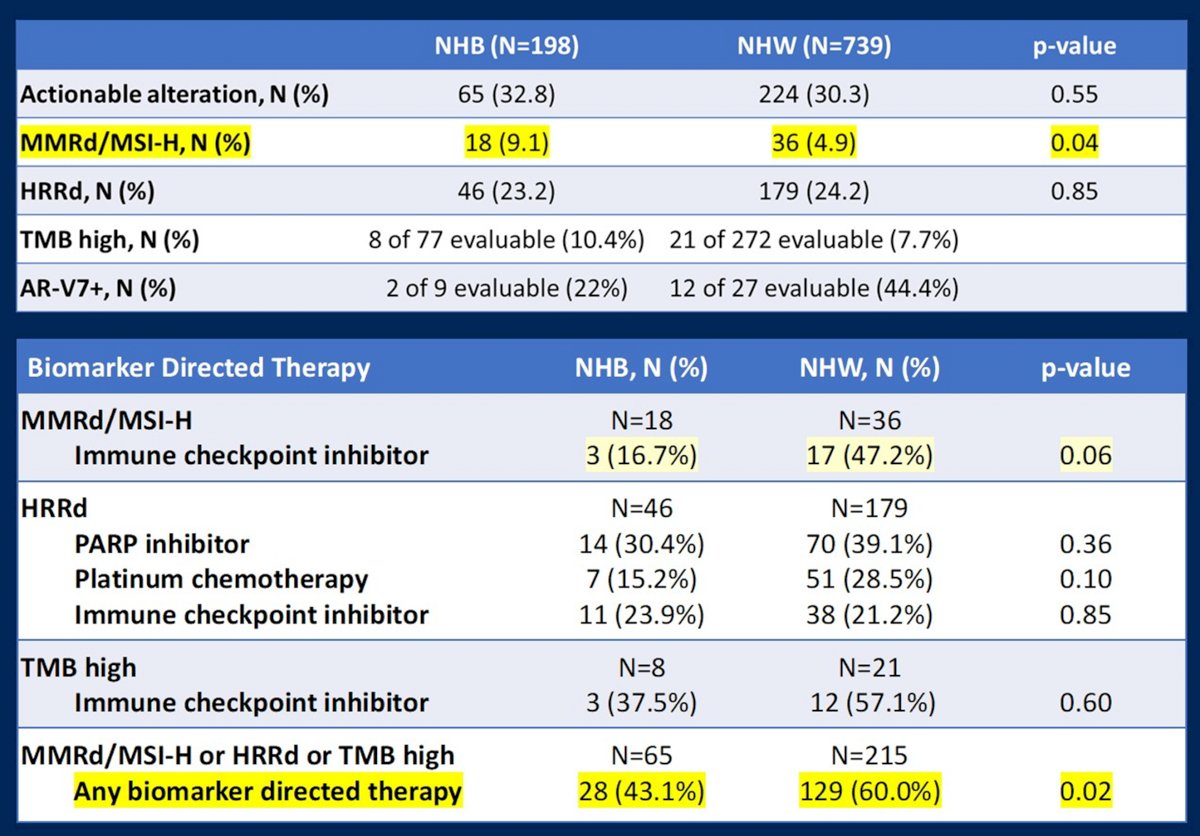