The increasing utilization of prostate-specific membrane antigen (PSMA) positron-emission tomography (PET) for patients with biochemically recurrent disease following local therapy has allowed the detection of small and/or atypically localized metastatic prostate cancer lesions. The question of the best management of these patients is somewhat unclear. One approach that has been taken in a subset of patients with recurrent oligometastatic prostate cancer is salvage surgery, including with PSMA-targeted radioguidance (PSMA-RGS). Dr. Knipper and colleagues sought to assess the oncological outcomes of this approach in men with oligo-recurrent prostate cancer and to identify predictive preoperative factors of improved outcomes.

To do so, they performed a cohort study of patients treated at two tertiary care centers. To be eligible for inclusion, patients had biochemical recurrence (BCR) following radical prostatectomy (RP) and underwent imaging with PSMA PET prior to receiving salvage PSMA-RGS between 2014 and 2020. They used Kaplan-Meier and multivariable Cox regression models adjusted for various parameters to test for BCR-free survival (BFS) and therapy-free survival (TFS) differences and classified postoperative complications according to the Clavien-Dindo schema.

They identified 364 patients who were treated with PSMA-guided surgery for oligo-recurrent prostate cancer. At the time of surgery, patients’ had a median (IQR) age of 67 (61-71) years and the median preoperative PSA was 1.0 (0.5-1.9) ng/ml. 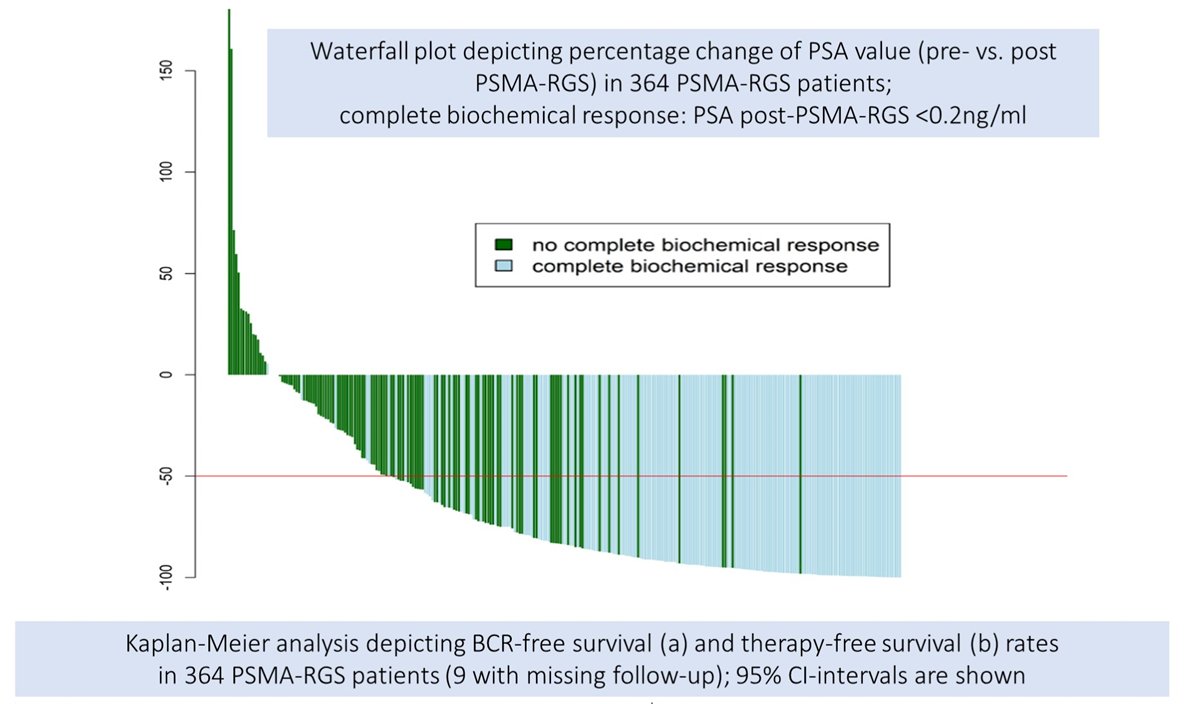 Based on multivariable analyses, the authors identified that patients with higher preoperative PSA (HR: 1.1), higher number of PSMA-avid lesions on preoperative imaging (HR: 1.2) and multiple (pelvic plus retroperitoneal) localizations (HR: 1.9), as well as retroperitoneal localization (HR: 2.0) of lesions in PSMA PET imaging were independently more likely to have BCR after PSMA-RGS.