(UroToday.com) At the 2022 American Society of Clinical Oncology Annual Meeting held in Chicago and virtually, the poster session focused on Prostate, Testicular, and Penile cancers on Monday afternoon included a presentation from Dr. Andrew J. Armstrong discussing the pharmacokinetics of combined olaparib and abiraterone treatment in men with previously untreated metastatic castration-resistant prostate cancer (mCRPC) treated in the PROpel trial.

Treatment approaches in mCRPC have evolved substantially over the past decades, beginning with the introduction of docetaxel and transformed with subsequent data from trials of novel hormonal agents including abiraterone and enzalutamide. More recently, the PROfound trial demonstrated a benefit of the PARP inhibitor olaparib in patients with previously treated mCRPC. As a result, trials of combination therapy have been undertaken. One of the first of these is PROpel (NCT03732820), a double-blind, phase III trial of abiraterone and olaparib vs abiraterone + placebo as first-line treatment in patients with mCRPC. In this study, the authors provide data on the pharmacokinetics (PK) analysis of patients in PROpel.

While previously presented at ASCO-GU 2022, the PROpel trial included biomarker unselected patients with confirmed prostate adenocarcinoma and castration-resistant metastatic disease who had not received prior chemotherapy or next-generation hormonal agents (NHAs) for mCRPC (NCT03732820). Patients were randomized 1:1 to receive abiraterone (1000 mg qd) plus prednisone/prednisolone with either olaparib (full monotherapy dose: 300 mg bid) or placebo.

The steady state exposure of olaparib in the presence of abiraterone, based on AUCss, Cmax,ss and Cmin,ss, was similar to observations for patients receiving olaparib 300 mg bid monotherapy in other Phase III studies, with values of 39.3 μg⋅h/mL, 6.3 μg/mL, and 1.0 μg/mL, respectively. 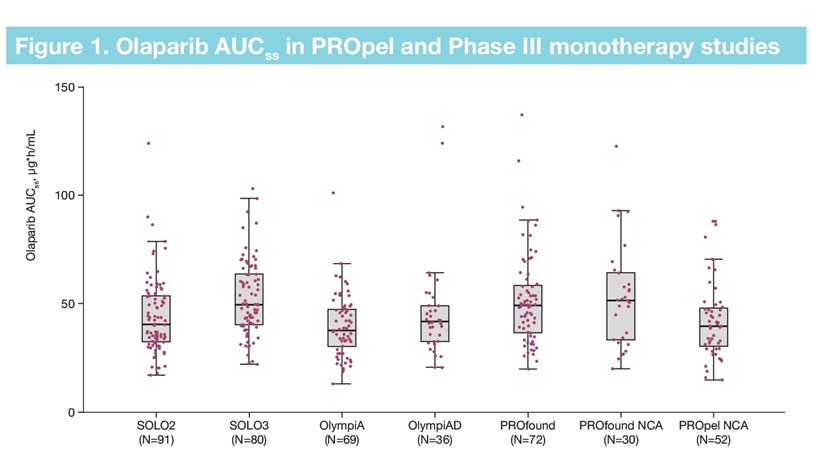 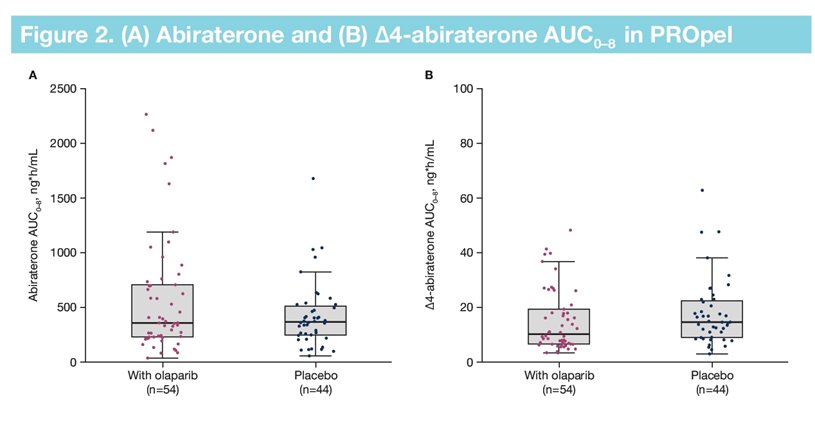 The authors, therefore, conclude that the combination treatment with olaparib (full monotherapy dose: 300 mg bid) and abiraterone (1000 mg qd) in patients with mCRPC had no clinically significant effect on the PK profiles of either drug. This confirms that there were no relevant PK-based drug-drug interactions between olaparib and abiraterone.