(UroToday.com) The 2022 ASCO annual meeting featured a session on prostate cancer, including a presentation by Dr. Fred Saad discussing the association of PSA response and overall survival in patients with mHSPC from the phase 3 ARASENS trial. Reductions in PSA level have been associated with improved OS in patients with mHSPC. In mHSPC, PSA response has been identified as a relevant biomarker, and undetectable PSA levels (0.2 ng/dL) have been associated with better clinical outcomes. Darolutamide is a highly potent and structurally distinct androgen receptor inhibitor that demonstrates low blood-brain barrier penetration and has a low potential for drug-drug interactions. In ARASENS,1 darolutamide + ADT in combination with docetaxel significantly reduced the risk of death by 32.5% (HR 0.675, 95% CI 0.568–0.801; p < 0.0001) vs ADT + docetaxel in patients with mHSPC. At ASCO 2022, Dr. Saad and colleagues report the association between PSA response and OS from ARASENS.

Patients with mHSPC were randomized 1:1 to darolutamide 600 mg twice daily or matching placebo + ADT and docetaxel. Serum PSA was measured at screening and every 12 weeks. Exploratory analyses included time to PSA progression (≥25% increase from PSA nadir [lowest or at study entry] and PSA increase ≥2 ng/mL ≥12 weeks from nadir [both confirmed by a second value ≥3 weeks later]) and undetectable PSA (< 0.2 ng/mL for 2 samples ≥3 weeks apart) at 24, 36, and 52 weeks and any time during treatment. Comparisons between treatment groups were performed using the Cochran-Mantel Haenszel test stratified by randomization stratification factors (metastatic spread according to TNM classification and alkaline phosphatase levels at study entry). Post hoc landmark analyses evaluated the association between undetectable PSA at weeks 24 and 36 and OS for the overall population. 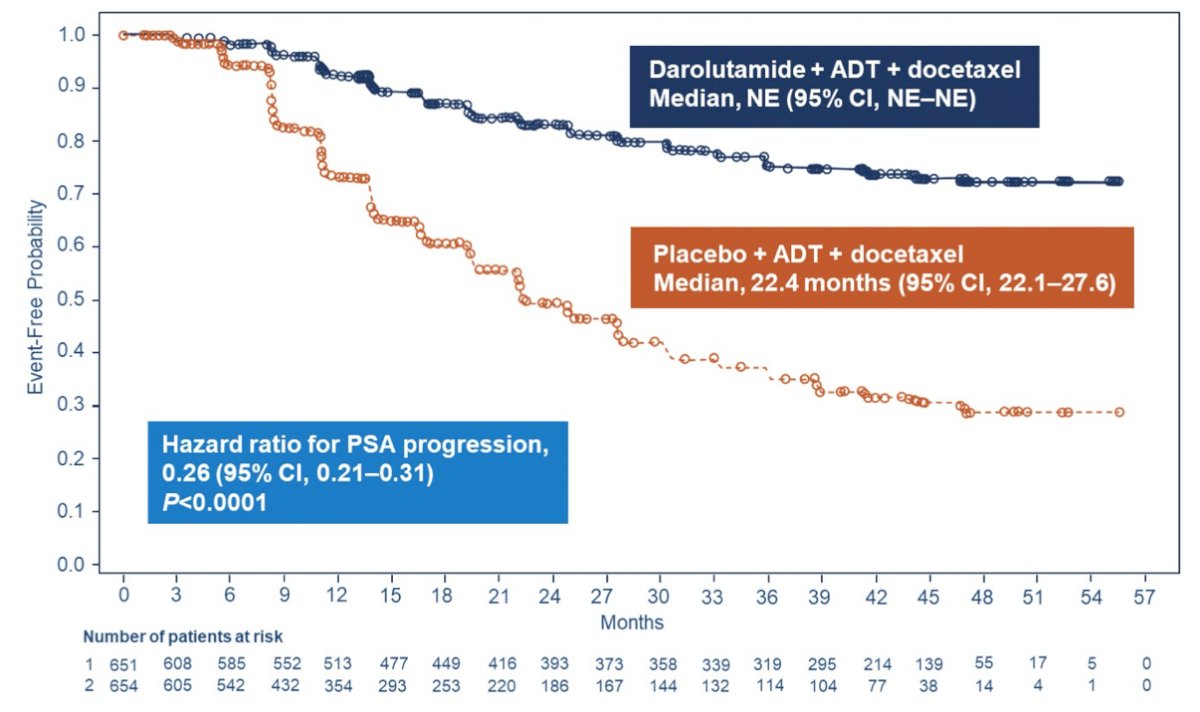 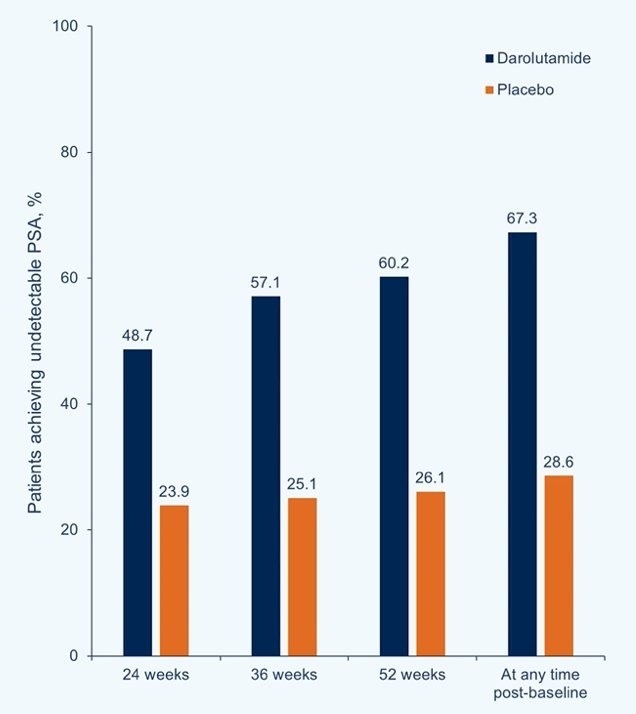 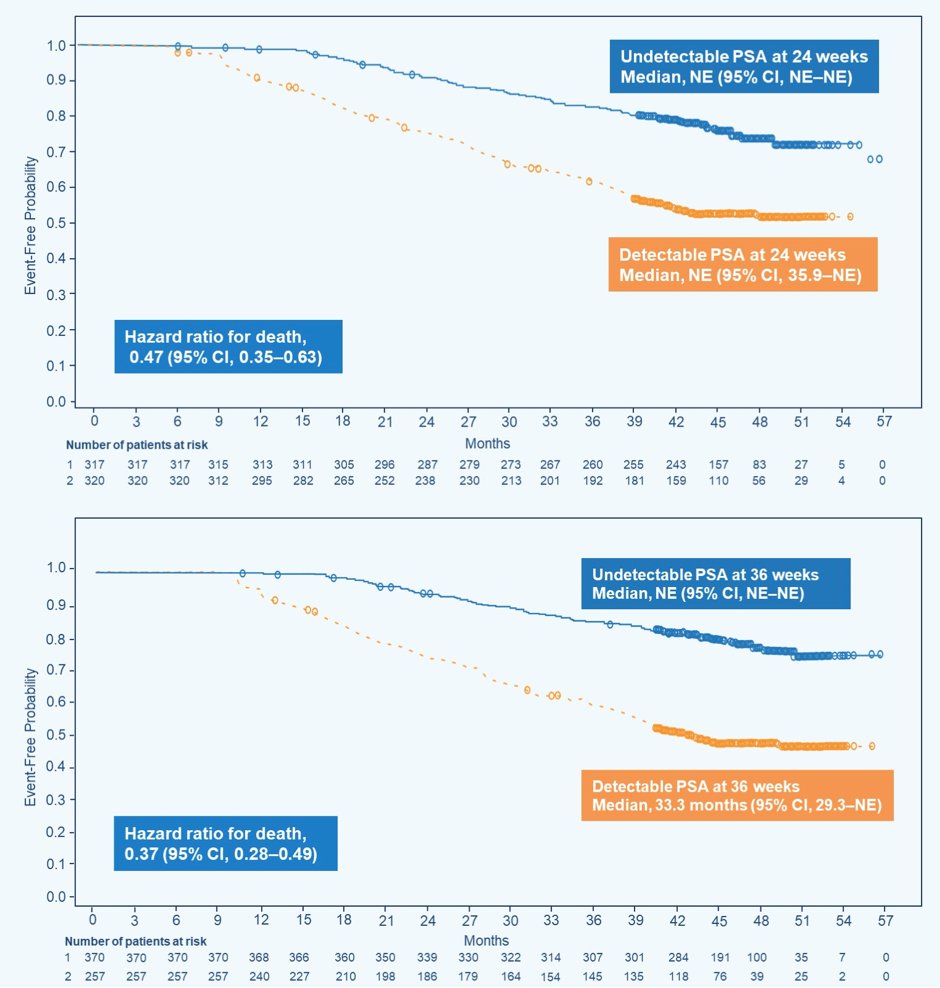 Dr. Saad concluded this presentation by discussing the association between PSA response and overall survival in patients with mHSPC from the phase 3 ARASENS trial with the following take-home messages: