Treatment approaches in mCSPC have evolved substantially over the past decade, beginning with the introduction of docetaxel and transformed with subsequent data from trials of novel hormonal agents including abiraterone, enzalutamide, and apalutamide. As a result of the level 1 evidence from these transformative trials, clinical guidelines from ASCO, NCCN, the AUA, and others recommend that novel hormonal therapy (NHT) or chemotherapy (CHT) be added to androgen deprivation therapy (ADT) as standard of care in mCSPC. However, real-world evidence across healthcare systems suggests most patients receive ADT +/- first generation non-steroidal antiandrogens (NSAA) instead. These authors sought to identify the reasons behind the lack of treatment intensification in mCSPC.

To do so, they examined data from medical charts of patients initiating mCSPC treatment from July 2018 to November 2021 based on a retrospectively review of multiple US academic/community practices. Further, the authors surveyed oncologists and urologists who treated these patients to provide reasons for treatment choices including prostate specific antigen (PSA) goals and explicit reasons for not prescribing NHT.

The authors included 621 patients who were treated by 65 oncologists and 42 urologists. 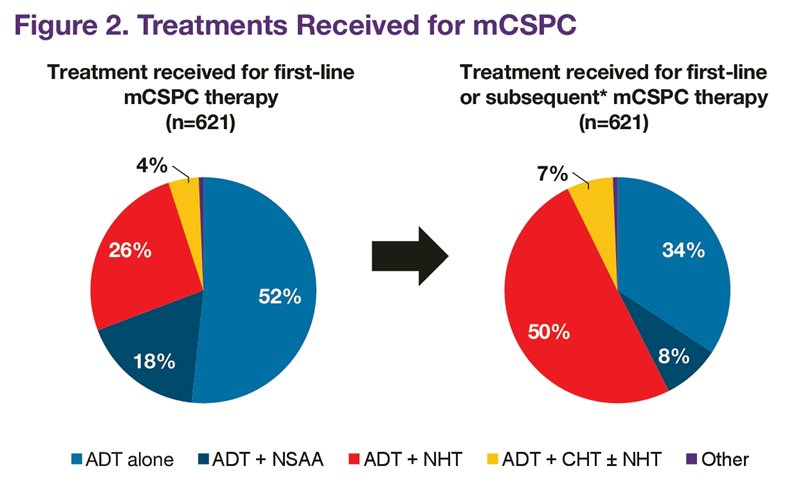 Based on physician survey reports, the authors examined physicians’ reasons for their treatment choices. Most commonly, physicians justified their selection by noting that it had tolerable side effect profile. 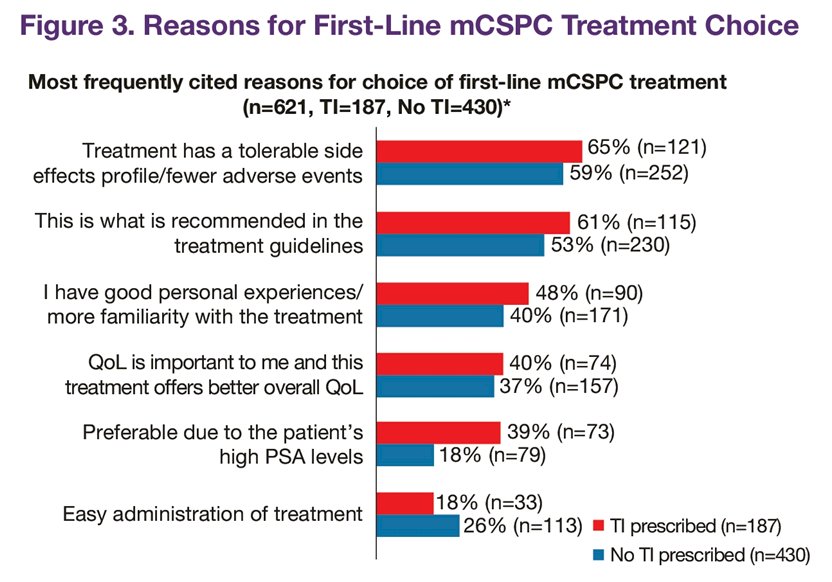 The authors further elicited reasons that physicians chose not to prescribe intensified therapy with novel hormonal agents. The top 5 reasons cited why their patients did not receive initial NHT were concerns regarding drug tolerability (38%), lack of clinical trial evidence of overall survival improvement (31%), lack of reimbursement (26%), patient financial constraints (20%), and questions about sequencing NHTs earlier as compared to later in disease (21%). 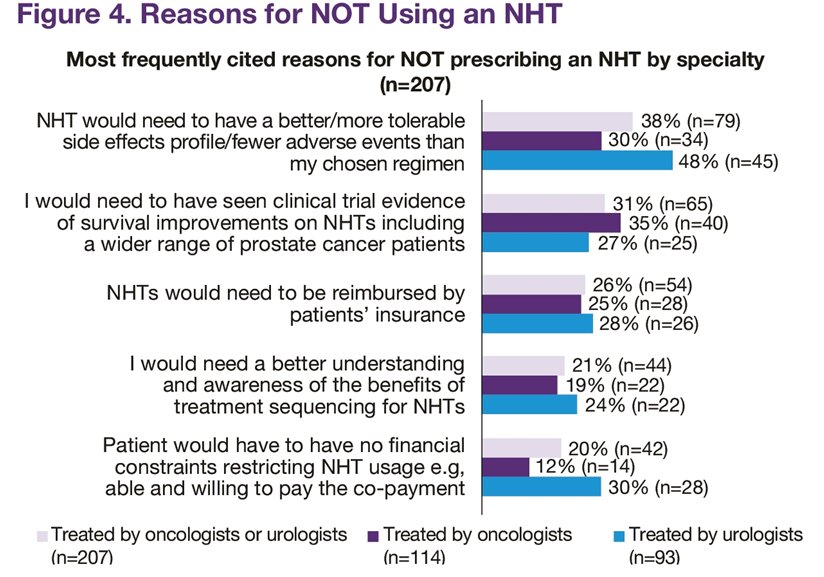 Regarding treatment goals for PSA response, physicians more frequently reported a relative (%) reduction than an absolute PSA reduction (85% vs 51%). Oncologists considered a median PSA reduction of 50% (IQR 25-75) adequate vs 75% (IQR 50-90) among urologists.

Urologists were more likely to utilize treatment intensification in the first-line setting or subsequently in patients who were still castration-sensitive (p < 0.01). Further, perhaps not surprisingly, physicians who aimed for deeper PSA reduction of 75-100% were more likely (OR = 1.63; p = 0.034) to provide treatment intensification in the first-line setting compared with physicians with less aggressive PSA goals (0-49%). 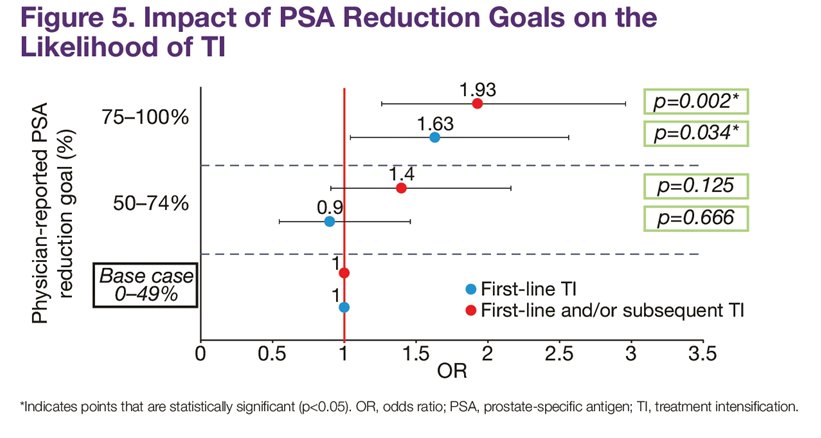 Thus, the authors conclude that physician survey results suggest that perceptions of tolerability and lack of efficacy and financial considerations affect NHT use. Further, in practice, non-guideline-driven PSA reduction goals are associated with low rates of treatment intensification. These results demonstrate the need for further medical education.