The first planned interim analysis of ENZAMET, with 243 deaths after a median follow-up of 34 months, revealed a clinically meaningful overall survival (OS) benefit in mHSPC with the addition of enzalutamide to standard of care (HR 0.67, 95% CI 0.52 to 0.86, p=0.002 [1]). At ASCO 2022, Dr. Davis presented updated OS findings from the prespecified analysis triggered to occur after 470 deaths (cut-off date of January 19, 2022).

ENZAMET randomly assigned participants with mHSPC to treatment with testosterone suppression plus either a conventional non-steroidal anti-androgen or enzalutamide. Stratification factors included age, volume of disease (high vs low according to the CHAARTED definition), and planned use of concurrent docetaxel assigned by the treating physician (docetaxel yes vs no):

Longer term data included a median follow-up of 68 months, with several points to highlight from the prespecified in the statistical analysis plan: (i) at 470 deaths, no additional interim analysis will be performed, and (ii) identify synchronous versus metachronous M1: “M0 at primary diagnosis (Y/N)”. As an exploratory subgroup analysis, the question was asked: is the effect of enzalutamide modified by prognostic grouping and docetaxel use? Two binary factors were included for prognosis, including M1 at initial diagnosis (synchronous, de novo) or not (ie. not M0 or Mx), and high volume mHSPC at study entry, or not. 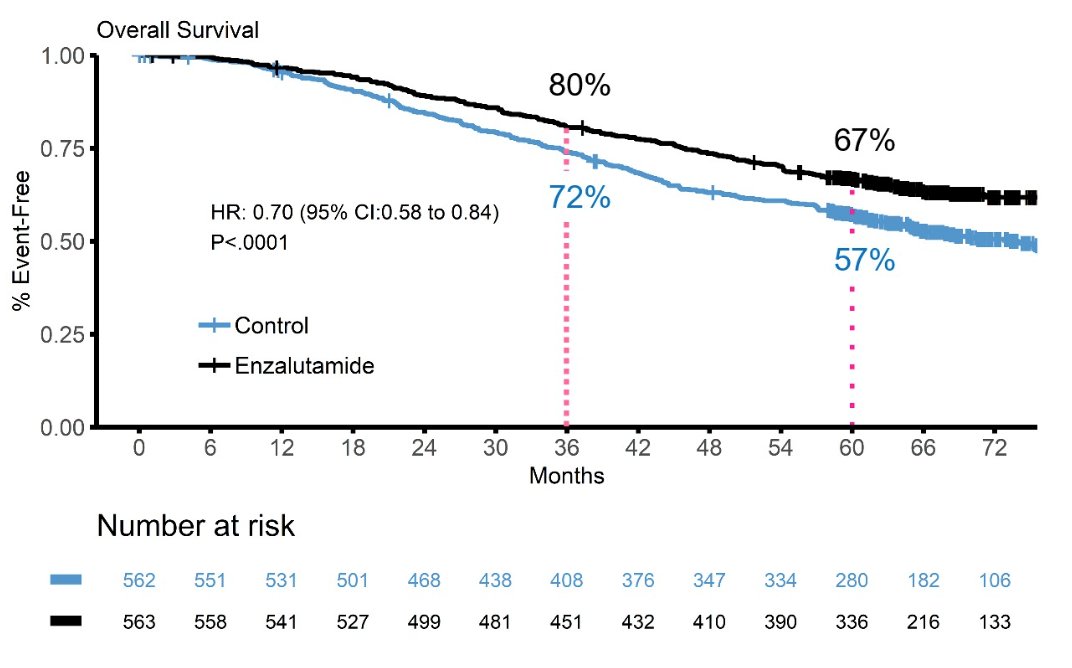 Overall survival by prespecified subgroup analysis are highlighted, with particular attention given to planned early docetaxel and volume of disease: 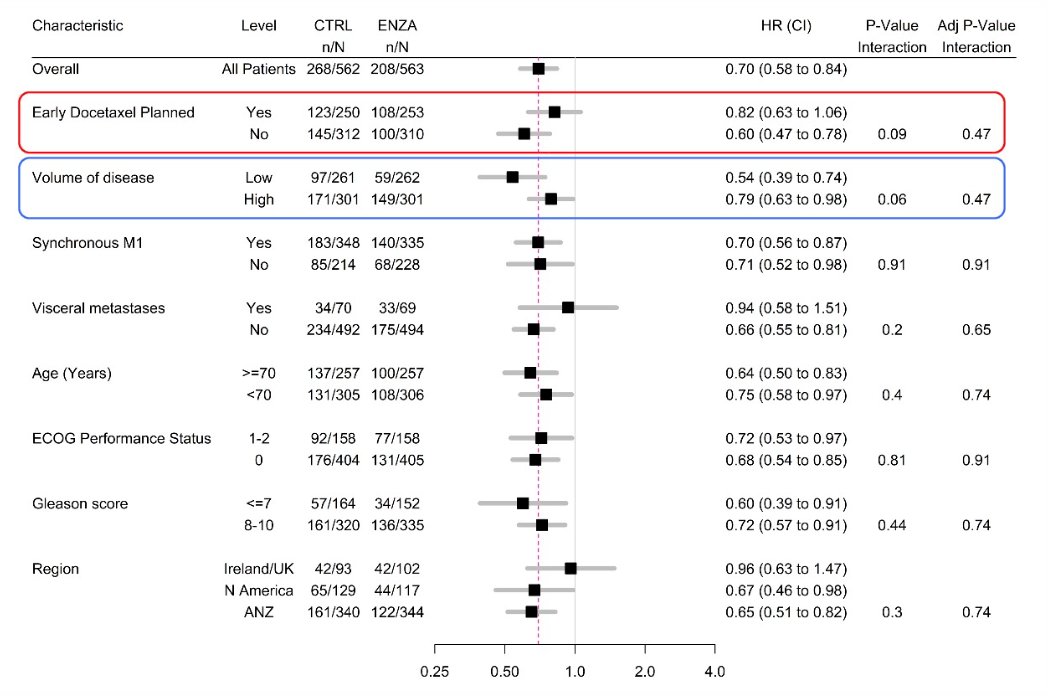 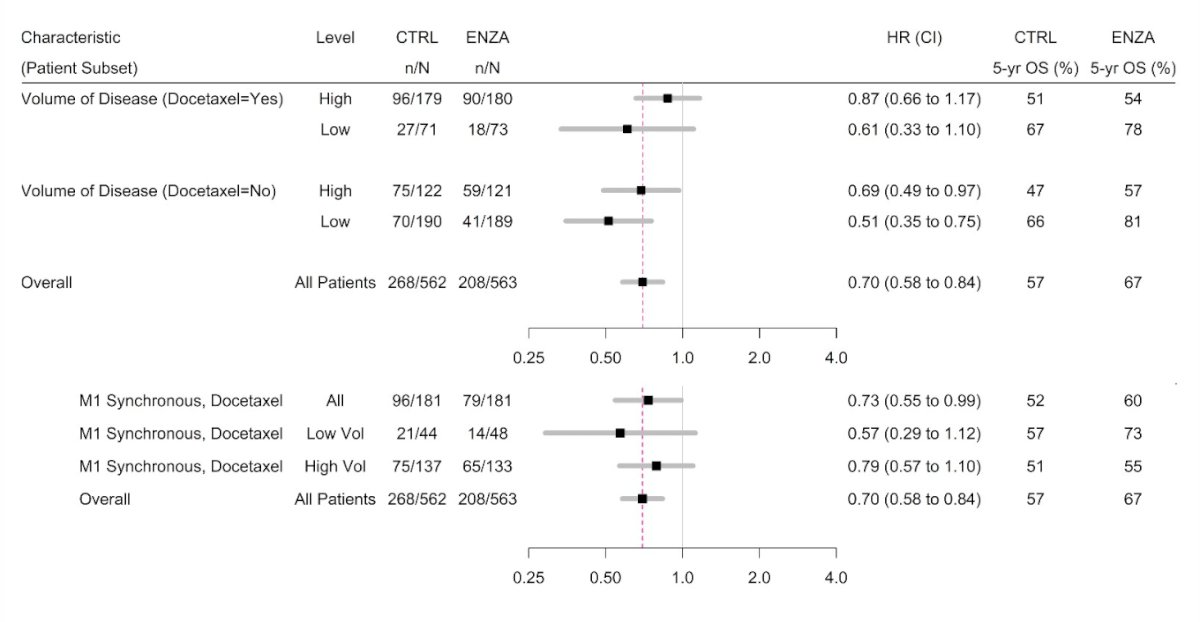 Dr. Davis notes that the strengths of this study are (i) an active control arm with outcomes comparable to contemporary trials, (ii) concurrent use of docetaxel allowed as standard of care, (iii) there was a mix of synchronous and metachronous patients, as well as high and low volume patients, and (iv) there was a “hard” endpoint of overall survival. However, there are several limitations, including (i) docetaxel use was not randomized, (ii) the study was not powered for exploratory subset analysis, and (iii) we cannot confuse treatment effects with different prognostic groups. Dr. Davis’ clinical impressions for this updated ENZAMET analysis are as follows: