(UroToday.com) There are currently no FDA approved neoadjuvant therapies for patients with locally advanced renal cell carcinoma (RCC). Patients with high-risk disease, such as those with T3 or N1 disease have 5-year survival rates of 61% and some suggest that lymph node-positive stage III disease have similar survival to patients with stage IV disease1. Immune checkpoint inhibitors have demonstrated overall survival in the metastatic setting in both the first line and second-line setting. This study evaluates the safety and efficacy of neoadjuvant immunotherapy for patients with locally advanced RCC. 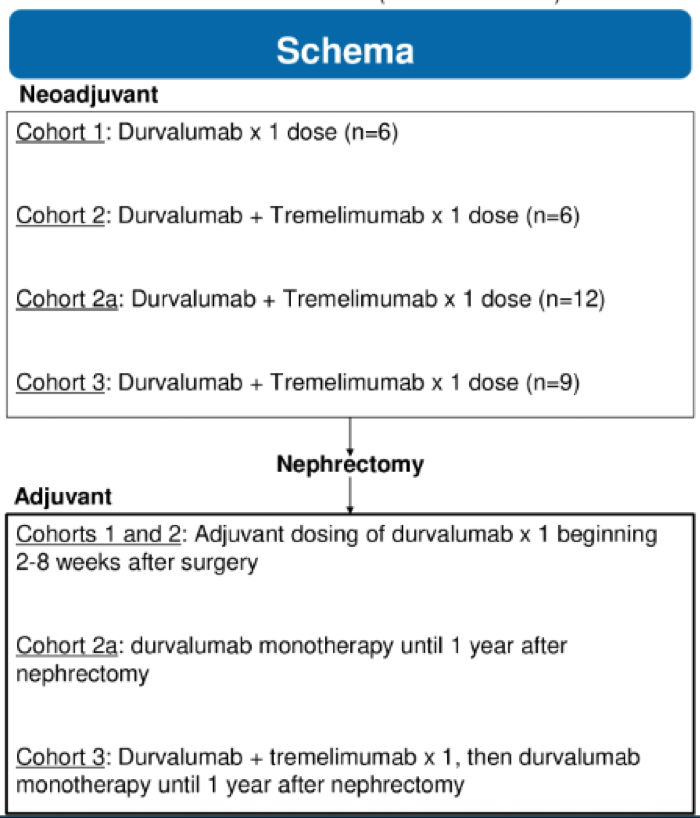 The treatment schema is shown above. Patients were enrolled in four separate cohorts in the neoadjuvant setting, followed by nephrectomy, and then received three forms of adjuvant immunotherapy after nephrectomy. The key inclusion criteria included patients with T2B-4 and/or N1, MO disease. The primary objective of this study was the safety and feasibility of neoadjuvant and adjuvant dosing of durvalumab and tremelimumab and secondary objectives were to assess the immune response measured by the density of tumor-infiltrating CD8 T cells and change in tumor size. 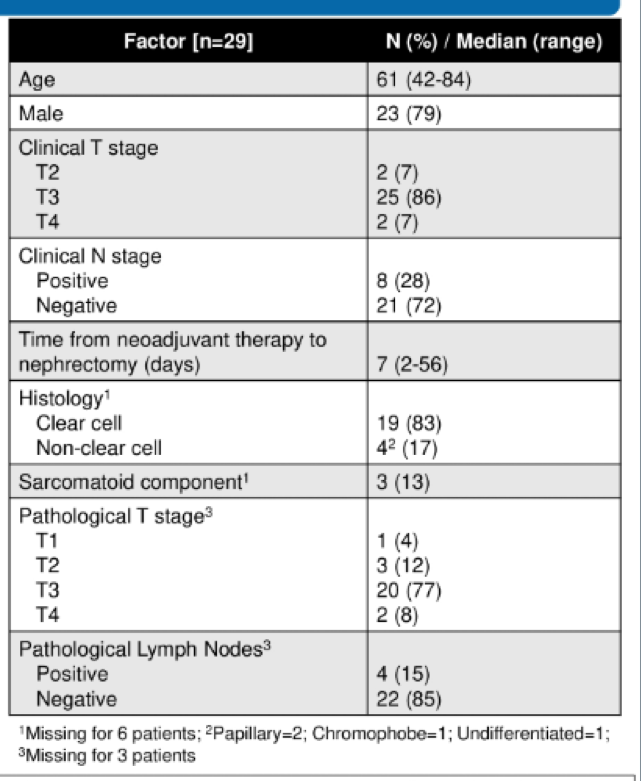 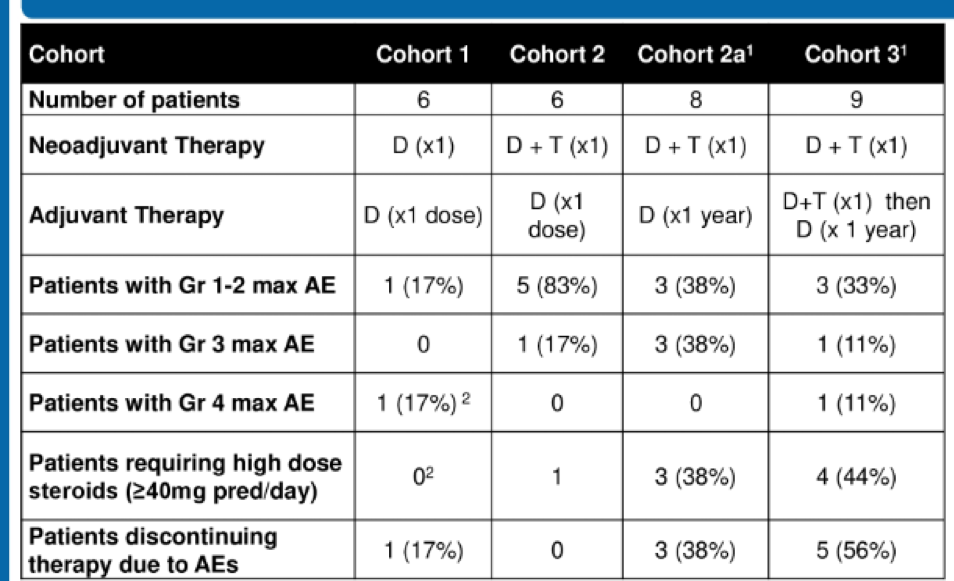 Single-agent durvalumab was better tolerated than combination durvalumab/ tremelimumab, as expected, for patients with locally advanced RCC. Still, even with single agent, 1/6 patient had to discontinue due to adverse events. There did not appear to be much downstaging with neoadjuvant immunotherapy but with only one cycle I don’t believe that was to be expected, especially since median time from neoadjuvant therapy to nephrectomy was only 1 week. Importantly, there were no treatment-related delays to nephrectomy or surgical complications. Correlative biomarker analysis is pending.