(UroToday.com) Primo N. Lara Jr., MD, began his talk at virtual ASCO 2020 by stating that a good biomarker allows us to predict the future, and it can be either a predictive or prescriptive biomarker. There have been many well develop biomarkers that have proved their important role in many cancers. However, a good biomarker has not yet been found in renal cell carcinoma. The fundamental issue in metastatic renal cell carcinoma biology is that there are no directly actionable “driver” mutations.

According to Dr. Lara, some knowledge has been gained through the years, allowing us to make certain assumptions: First, PDL-1 status is inconsistent and variable. Second, the PBRM1 alteration is possibly a predictive biomarker. Third, tumor mutational burden is not predictive. Fourth, neoantigenicity is possibly predictive, and lastly, CD8+ T-cell infiltration is most likely predictive of poor outcome.

There are three things to consider when discussing immunotherapy biomarkers in clear cell renal cell carcinoma, which include:

It has been shown that genomic markers were not associated with any survival benefit in patients treated with Nivo+IPI, according to the data from the Checkmate 214 study presented at ASCO 2020 virtual meeting. Furthermore, somatic alteration burden was not shown to be associated with response to PD-1 blockade. Alternatively, PBRM1 mutations were shown to be associated with improved survival with PD-1 blockade (Figure 2). Additionally, overall survival was improved with NIVO+IPI compared with Sunitinib, regardless of PD-L1 expression, when assessed on tumor cells or by CPS (Figure 3). 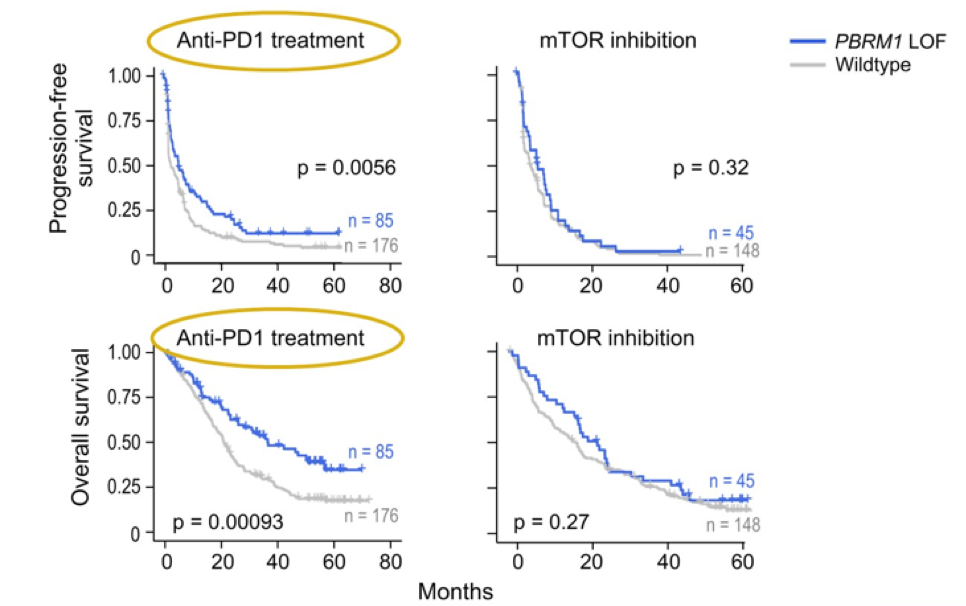 Figure 3 - Overall survival improvement with NIVO+IPI compared to Sunitinib regardless of PD-L1 expression: 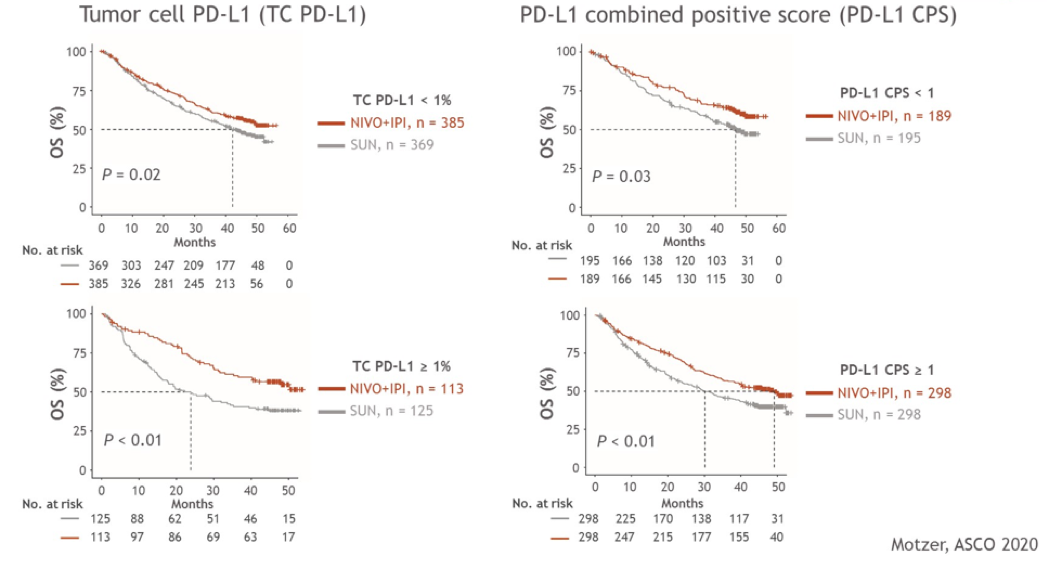 Gene enrichment analysis was used to identify key biological processes represented by genes differentially expressed in patients with progression-free survival or more or less than 18 months treated with NIVO+IPI (Figure 4).

Another interesting finding from the Checkmate 214 study was that the survival by treatment arm was different according to the Angiogenesis signature score. This score was shown to correlate with VEGFR TKI benefits. This can lead to a potential strategy for deciding who gets VEGFR TKI based therapy. A possible example is that the combination of pembrolizumab+Axitinib might be more beneficial than NIVO+IPI in patients with a high angiogenesis score. In any case, prospective validation of this finding is required before any recommendation can be made. Lastly, baseline CD8+ T cell infiltration was not shown to predict response or survival with PD-1 blockade (Figure 5). Dr. Lara Continued her talk and suggested that there might be a potential interplay of immunophenotypes with somatic alterations that could modulate the response to PD-1 blockade.

All these new findings inform us that next-generation metastatic renal cell carcinoma biomarker development is well underway. These findings show us that tumor-immune system interaction is complicated and includes interactions at several levels. The single modality strategy has not prospered, and a multi-biomarker “systems biology” approach is required (Figure 6). 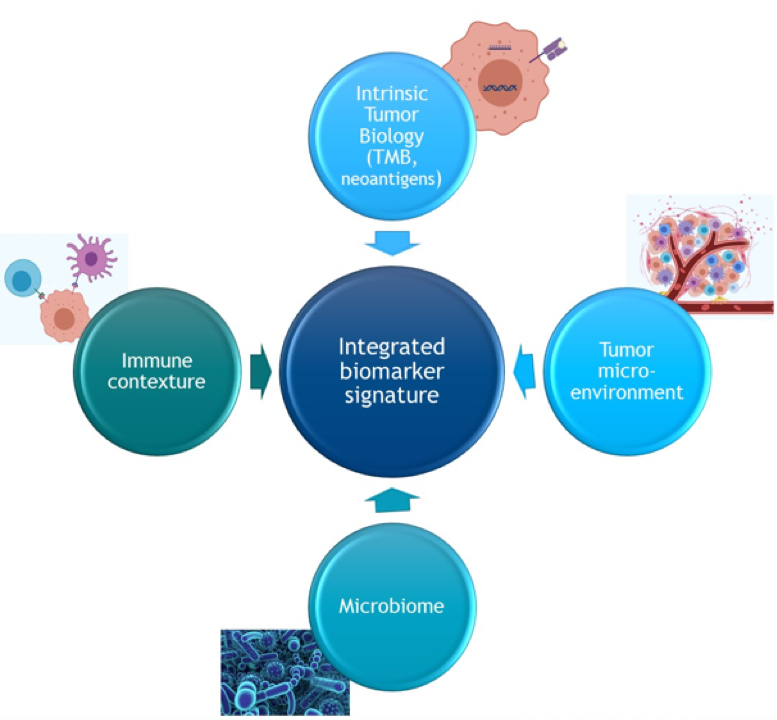 Dr. Lara concluded his interesting talk stating that univariate biomarkers in metastatic renal cell carcinoma have not been shown to be clinically useful. Additionally, the angiogenesis signature score seems to be associated with VEGFR-TKI benefit. There are potential new areas of investigations that have been identified, and the next generation of predictive biomarkers should incorporate an integrated systems biology approach.