(UroToday.com) Patients with nonmuscle-invasive bladder cancer are at high risk of recurrence and progression. In particular, patients with high-grade disease and those with carcinoma in situ are at notably elevated risk. As a result, both the European Association of Urology and the American Urological Association/Society of Urologic Oncology guidelines on nonmuscle-invasive bladder cancer recommend adjuvant treatment, typically with intravesical Bacillus Calmette-Guérin (BCG), in a risk-adapted fashion for these patients. While the use of BCG is well established and guideline-recommended, many patients either fail to initially respond or fail to maintain response to this approach. Treatment options for patients with BCG unresponsive or refractory disease are much less clear but include radical cystectomy, further intravesical therapy including intravesical chemotherapy, systemic therapy, and clinical trials.

A relatively new addition to the armamentarium of treatment for BCG unresponsive or refractory non-muscle invasive bladder cancer is systemic pembrolizumab. The KEYNOTE-057 trial is a single-arm, Phase II trial of pembrolizumab in patients with high-risk, BCG-unresponsive non-muscle invasive disease for patients with carcinoma in situ with or without papillary tumors (cohort A of the trial). For enrollment, patients had to have received adequate BCG therapy, per the FDA definition and be unwilling or unable to undergo radical cystectomy. They then received pembrolizumab 200mg every three weeks for up to two years, until the development of recurrence, progression, or significant toxicity. The primary outcome is complete response rate (CRR), and important secondary outcomes included duration of response and toxicity outcomes.

Initial results of the KEYNOTE-057 trial were presented in February 2019 demonstrating a 38.8% complete response rate at three months. Following the presentation of these data, pembrolizumab received FDA approval.

In the Genitourinary Cancer—Kidney and Bladder Poster Session at the 2020 American Society of Clinical Oncology Virtual Annual Meeting, Dr. Arjun Balar and colleagues presented the updated safety, efficacy, and posttreatment outcomes for patients treated on KEYNOTE-057 cohort A, with more than two years of follow-up.

Among 102 patients initially enrolled in the trial, 96 were included in the efficacy analysis. The median duration of follow-up (from enrollment to data cut off) was 28.4 months (range, 18.2-40.5). 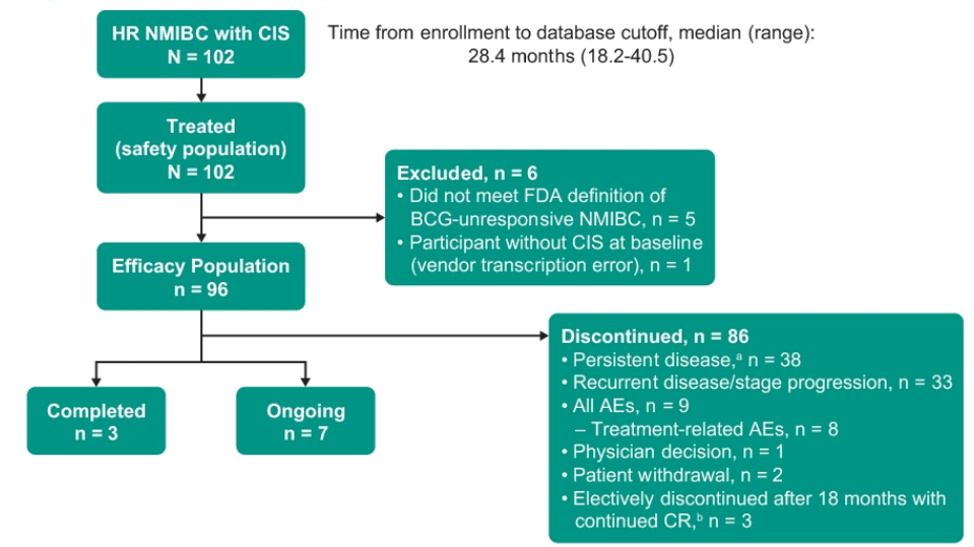 Notably, there were no instances of progression to muscle-invasive or metastatic bladder cancer while on study treatment. 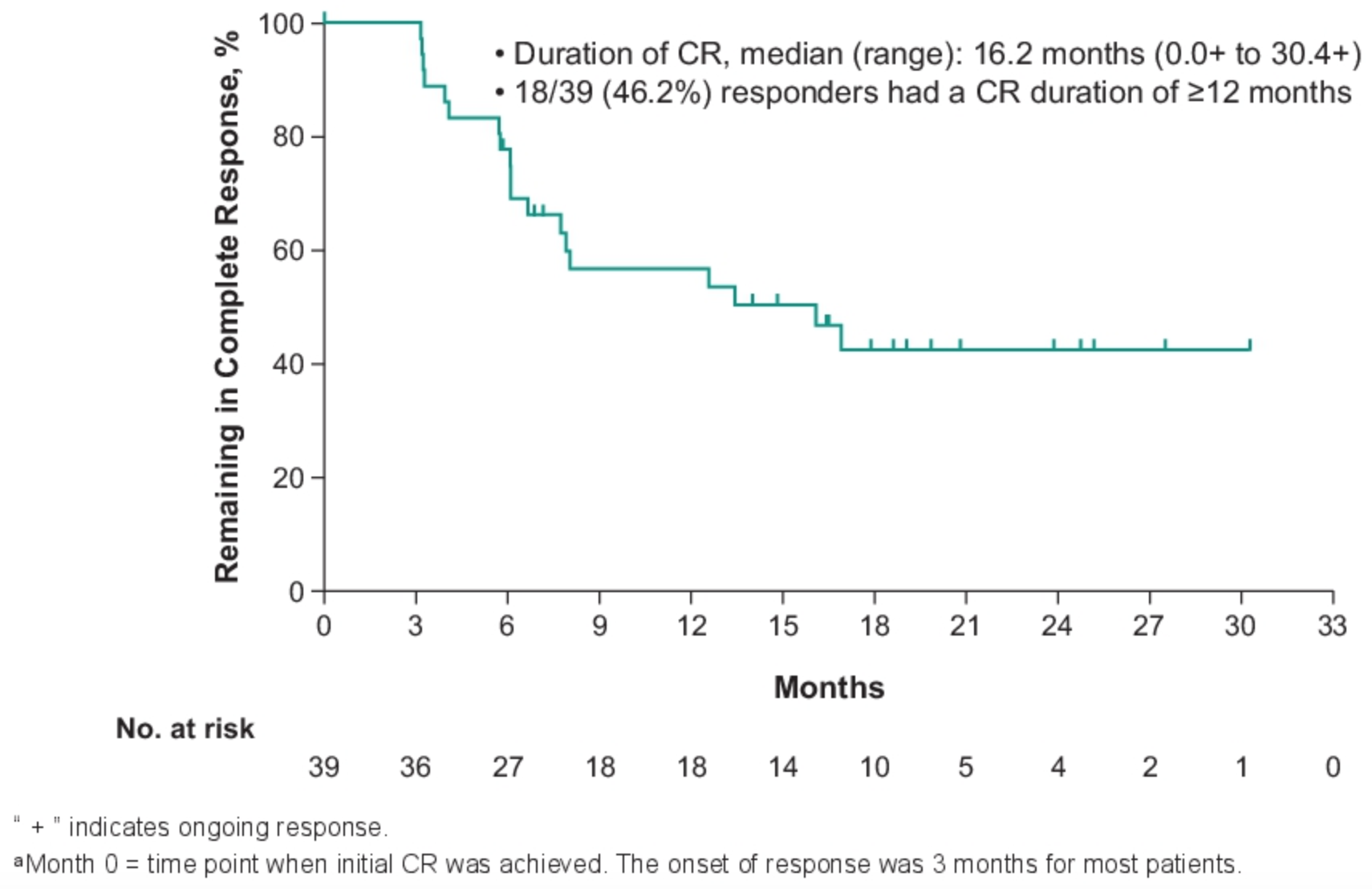 Following discontinuation of study treatment, 36 patients (37.5%) underwent radical cystectomy including nine of 22 (40.9%) of patients who had a recurrence following an initial complete response and 27 of 57 (47.4%) of patients who failed to respond to therapy.

Among patients who progressed and did not undergo radical cystectomy, further intravesical therapy (including BCG, gemcitabine, or mitomycin) was received by 27 of 96 (28.1%); further local surgical procedures were received by 21 of 96 (21.9%); and further systemic therapy was received by three (3.1%).

Pembrolizumab can be concluded to exhibit durable and clinically meaningful activity in patients with high-risk BCG-unresponsive CIS, with or without papillary tumors.