The results demonstrated that apalutamide, in addition to ongoing ADT, prolonged metastasis-free survival (MFS) by more than two years, reduced the risk of symptomatic progression by 55%, and increased secondary progression-free survival, which was defined as the time from randomization to disease progression on first subsequent anticancer therapy, or death.

Elderly patients are at high risk of prostate cancer morbidity and mortality3 and have unique issues related to drug tolerability and metabolism (4,5). In this presented study, the benefit and safety profile of apalutamide was evaluated in patients aged < 65, 65-74, and ≥ 75 years. Cox proportional hazards models and Kaplan-Meier methods were used to analyze outcomes in the specified age groups. Additionally, the incidence of any treatment-emergent adverse events, serious adverse events and adverse events leading to treatment discontinuation or death, as well as death within 28 days of the last study treatment, were determined within each age subgroup by treatment group.

The results demonstrated that the MFS benefit with apalutamide was highly significant for all age subgroups (Table 3). In patients older than 75, aged between 65 and 74, and younger than 64 years, the MFS risk with Apalutamide compared to placebo was reduced by 59%, 76%, and 86%, respectively. Risk of secondary progression-free survival with apalutamide compared to placebo was reduced across all age subgroups. Secondary progression-free survival in patients younger than 65, 65-74, and ≥ 75 years were improved with apalutamide by 91%, 44%, and 41%, respectively.

The risk of symptomatic progression was reduced with apalutamide compared to placebo for all age subgroups, with the magnitude of MFS benefit with apalutamide being the greatest in the youngest age group (Figure 2). 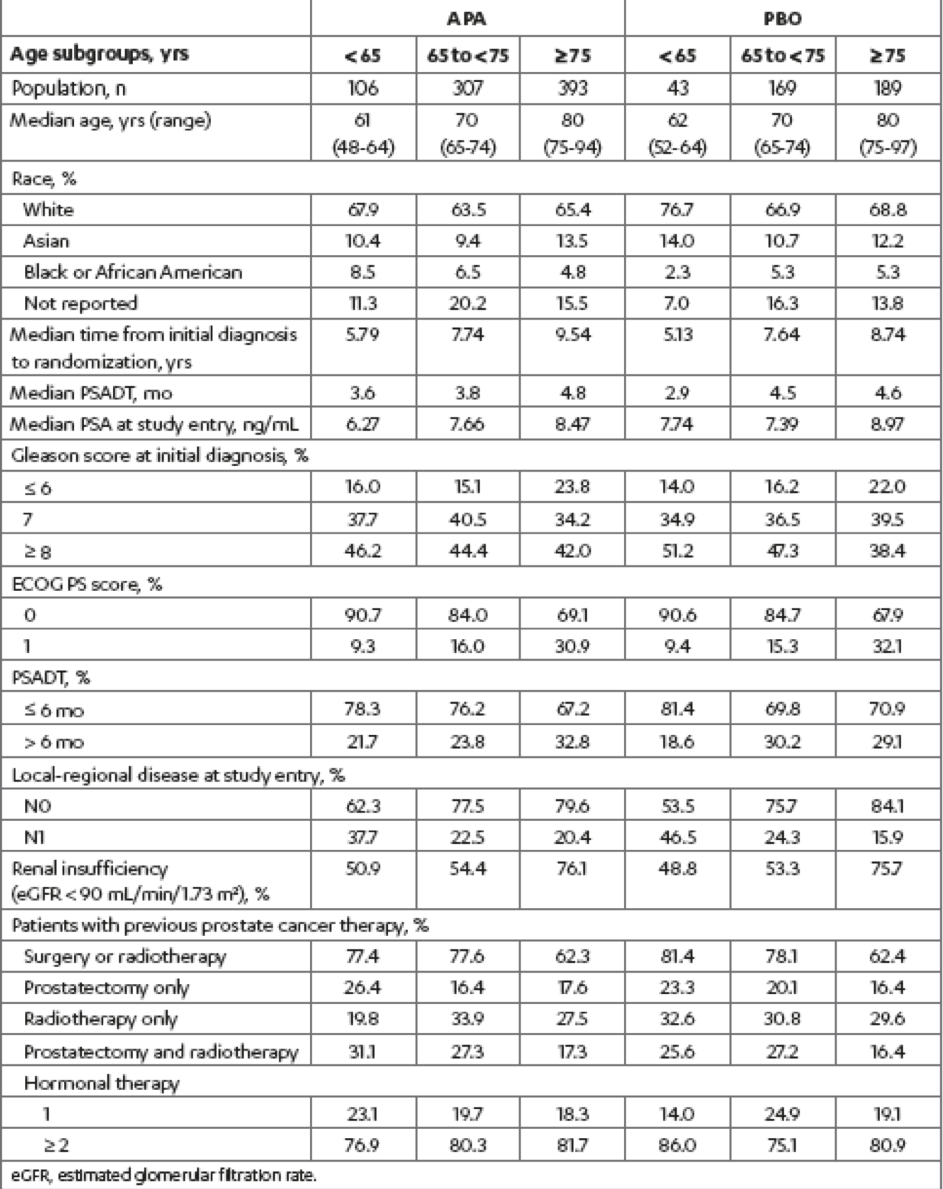 Figure 2 – Kaplan-Meier Curves: apalutamide vs. placebo by Age Subgroups for Risk of Metastasis or Death:

Lastly, there was a similar increase in the incidence of therapy-emergent adverse events with age in both treatment arms that remained consistently higher with apalutamide (Table 4). The incidence of grade 3/4 treatment-emergent adverse events in patients older than 75 compared to those younger than 65 was 50% vs. 37%, and 37% vs. 28% in the apalutamide and placebo arms, respectively. The rates of falls and fractures were highest in the >75 years age subgroup in both treatment groups. 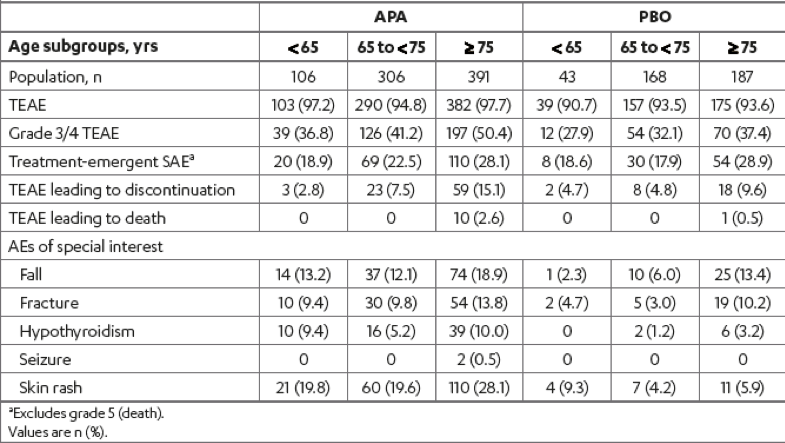 In summary, in the SPARTAN trial, the youngest age subgroup had more unfavorable disease characteristics at baseline than older age subgroups, across both treatment groups. Apalutamide provided significant treatment benefit in all outcomes across all age subgroups compared with placebo.

Generally, the adverse events increased with age in both treatment groups.

Regardless of age, SPARTAN patients with high-risk nmCRPC who received apalutamide had significantly better treatment outcomes than placebo-treated patients. Lastly, clinicians should counsel older patients on their increased risk of adverse events associated with apalutamide.