In the presented study, the authors used the IMDC dataset to identify patients treated with first-line IPI/NIVO or any IO-VEGF inhibitor combination and compared outcomes between the two groups. Patients treated as part of a clinical trial were not excluded.

The outcomes of interest included: 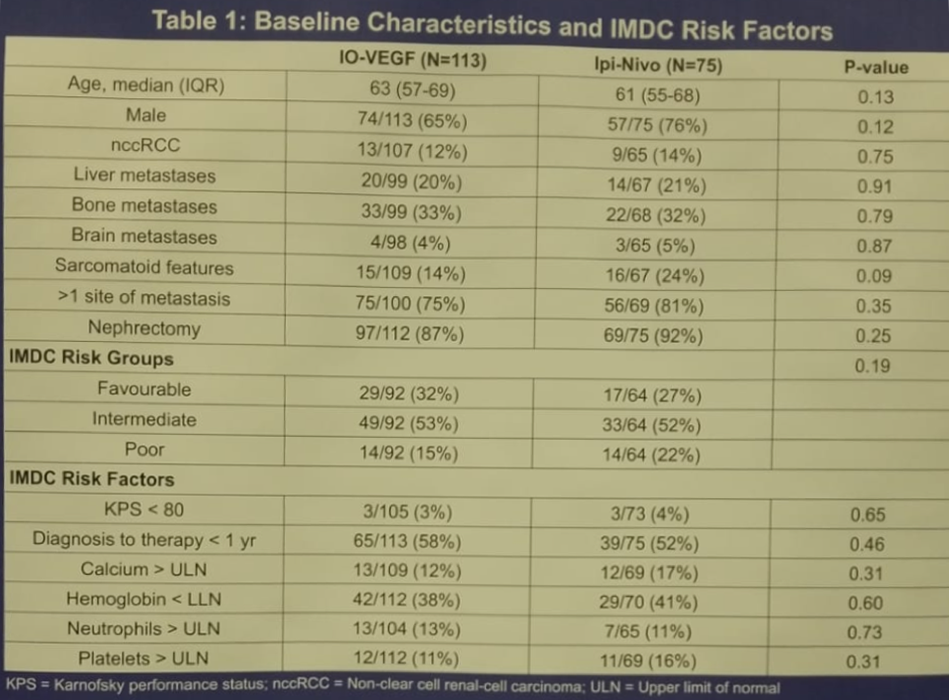 Table 3 demonstrates the response rate, time to treatment failure, and overall survival in the groups. Figure 1 and Figure 2 show the Kaplan-Meier curves for overall survival and time to treatment failure compared between the treatment groups. The graphs demonstrate no statistically significant difference between the various treatments. The outcomes were similar when restricting the cohort to IMDC intermediate and poor-risk patients only. 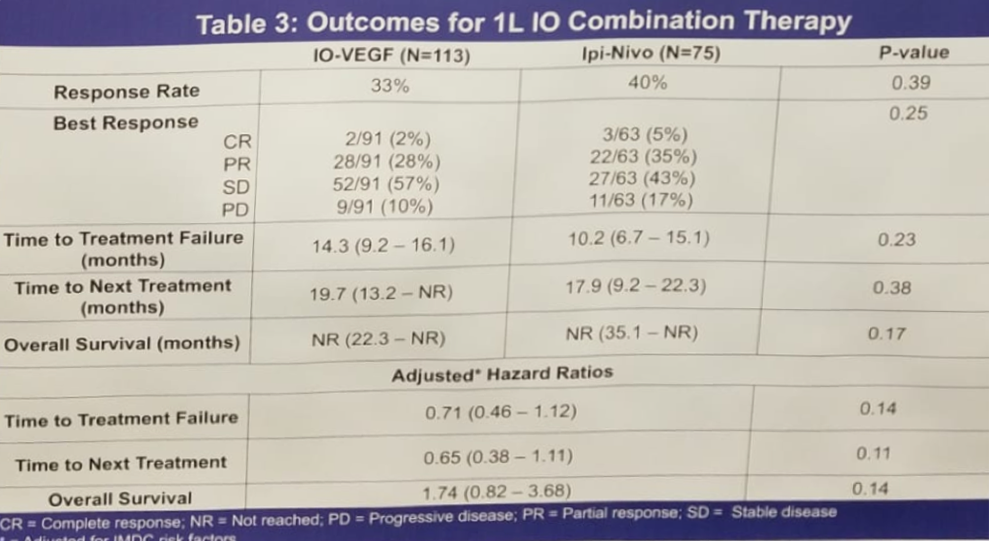 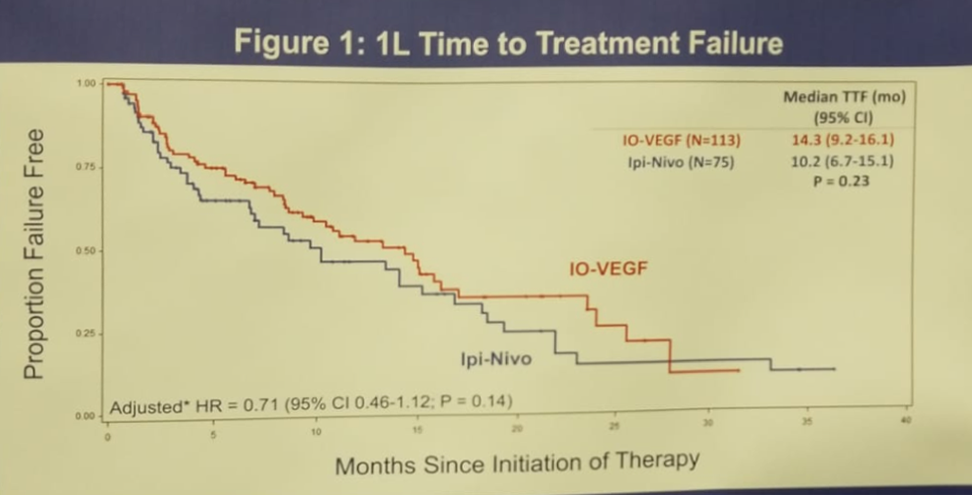 In patients receiving 2nd line VEGF-based therapy, 2nd line response rate was greater in those who received IPI/NIVO, though 2nd line time to treatment failure was not significantly different (Table 4).

The authors concluded that there does not seem to be a superior 1st line immune-oncology combination strategy in mRCC, as IO-VEGF inhibitor combinations have comparable response rates, time to treatment failure, time to next treatment and overall survival to IPI/NIVO. 2nd line treatments were primarily VEGF-based, for which activity was demonstrated. Within this cohort, 2nd line response rates were greater in those who received IPI/NIVO initially, though there was no difference in 2nd line time to treatment failure. Lastly, the use of immune-oncology treatment combination following 1st line IO-VEGF combination treatment was uncommon. Of those who received 2nd line Immune-oncology treatment, the majority experienced progressive disease as best response.