CARMENA was a randomized phase 3 trial (Figure 1), testing the benefit of cytoreductive nephrectomy (CN) followed by sunitinib treatment vs. sunitinib alone, using the MSKCC risk groups in 450 metastatic renal cell carcinoma (mRCC) patients.1 The conclusion from this previously published study was that sunitinib alone was not inferior to CN, followed by sunitinib for overall survival (OS). The clinical benefit was significantly higher in the sunitinib alone arm. Therefore, the authors concluded in their publication that CN should no longer be considered the standard of care in mRCC patients, at least when medical treatment is required. However, questions have remained about which patients could still benefit from CN, especially in the intermediate risk group.

The objectives of this presentation are to update the long-term overall survival follow-up results, to focus on the IMDC intermediate risk group patients, demonstrate analyses on some subgroups of potential interest, and to ascertain the role of delayed nephrectomy.

The study took place between 2009 and 2017 enrolling 450 patients. The cutoff for the final analysis was October 2018, after 358 events had occurred. The median follow-up was 61.5 months. The intention to treat population is shown in figure 2, and the patient characteristics are demonstrated in Table 1. A total of 56% and 62% were intermediate IMDC risk category in the CN + sunitinib arm and in the sunitinib alone arm, respectively. 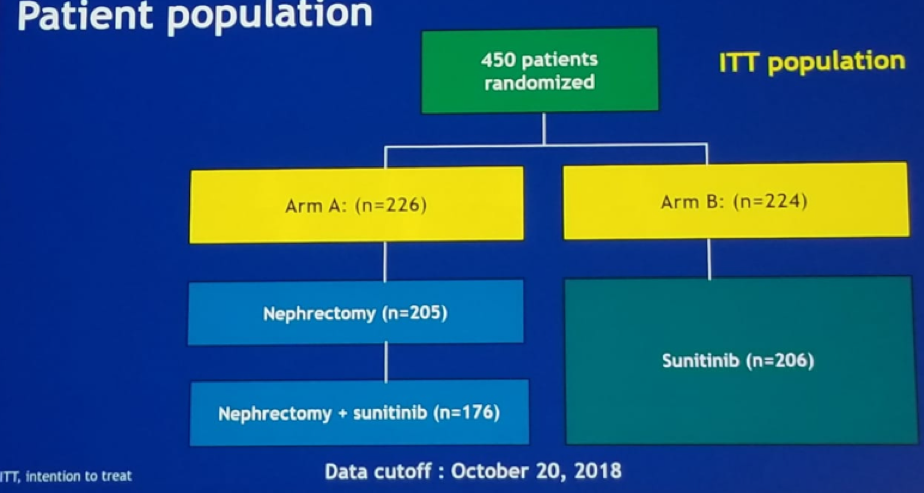 Table 4 – Role of each IMDC risk factor in the intermediate risk group:

Dr. Mejean concluded his talk by reiterating some of his findings. With a longer follow-up of 61.5 months, the CARMENA trial confirms that CN is not superior to sunitinib alone in the intention to treat population, when either MSKCC or IMDCC risk groups are used. This update confirms that CN should still not be considered the standard of care. However, some important points need to be considered:

Figure 3 – Overall survival in the intention to treat population in the sunitinib alone arm comparing patients who underwent delayed nephrectomy to those that did not: 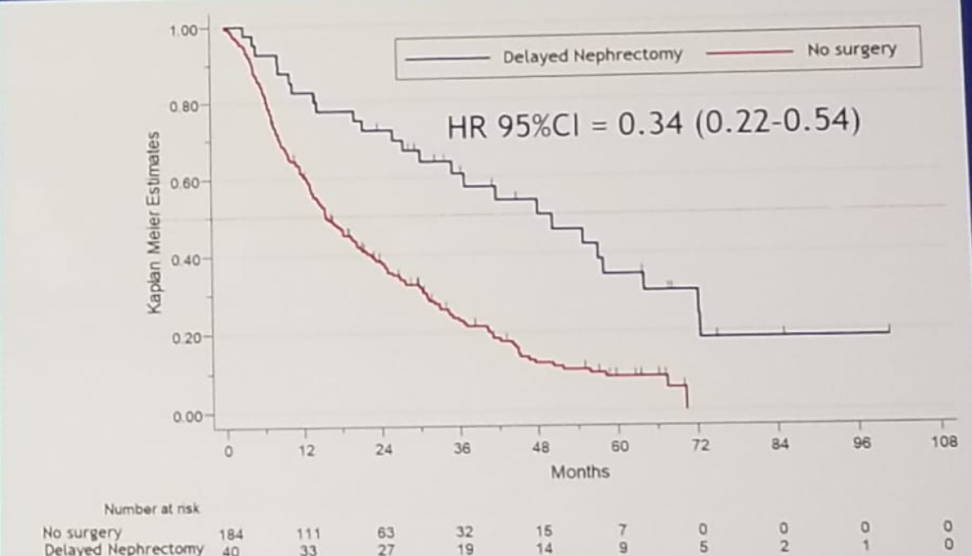