Chicago, IL (UroToday.com) Over the past 2 decades, cytoreductive nephrectomy (CN) has been a reasonable treatment option for carefully selected patients with metastatic renal cell carcinoma (mRCC). While there is no universal list of criteria, clinical trials have demonstrated that those patients with an estimated survival of less than 12 months or those with four or more IMDC criteria (Anemia, Thrombocytosis, Neutrophilia, Karnofsky Performance Status (KPS) <80 percent, <1 year from diagnosis to treatment) may not benefit from nephrectomy1.
In the IL-2 era, if tumor debulking could result in more than 75% of the disease removed, patients had an ECOG of 0 or 1, and they had adequate organ function and no bony, liver, or CNS mets, then those patients may have been reasonable candidates for cytoreductive nephrectomy2.

There are two limitations to the sum of the collective data know at this point. First, much of the data was collected in the pre-targeted therapies era where treatment options for mRCC was limited. Second, much of the data has been collected retrospectively. In the two randomized controlled trials by SWOG and EORTC, both were conducted in the IL-2 era3,4. CARMENA seeks to help answer the question of whether or not cytoreductive nephrectomy should be performed prior to systemic therapy in the modern era.


Methods:
CARMENA is a randomized phase III clinical trial which enrolled patients with synchronous clear cell mRCC. Inclusion criteria included an ECOG performance status of 0-1, absence of symptomatic brain metastases, acceptable organ function, and eligible for sunitinib therapy. Patients were randomized in a 1:1 fashion to sunitinib alone or cytoreductive nephrectomy followed by sunitinib. For those patients receiving surgery, sunitinib was to be initiated four to six weeks after surgery, at a 50 mg dose, on a 4 weeks on 2 weeks off schedule. The primary endpoint of this study was overall survival.
During the oral plenary session, Dr. Arnaud Mejean started by describing three types of patients.
Dr. Mejean notes that this trial really sought to answer the question of whether or not CN is beneficial in this third group of patients. For the first group, most of these patients are probably taken to nephrectomy and are most likely not referred to this trial. For patients in the second group, depending on performance status and advanced disease, they are also likely not referred to this study as they would be poor surgical candidates. 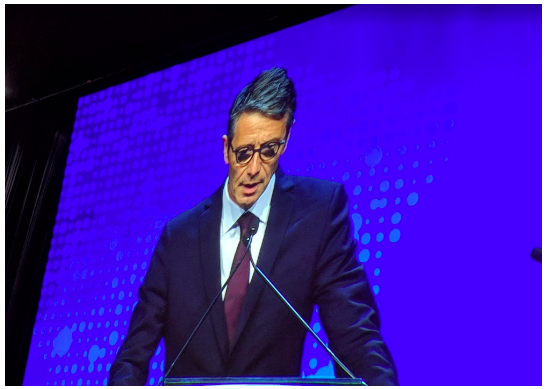 Results:
Between September 2009 and September 2017, 450 patients have been enrolled. The median age of patients was 62. Most patients had an ECOG of 0 (56%). Based on the MSKCC risk groups, 56% were intermediate risk and 44% poor risk in CN arm vs 59%/42% in non-CN arm. In the CN arm, 6.7% of patients never received surgery and 22.5% never received sunitinib. In the non-CN arm, 17% received nephrectomy later on and 4.9% never received sunitinib. At the time of this analysis, overall survival for patients receiving sunitinib without nephrectomy was NOT inferior compared with upfront cytoreductive nephrectomy. This analysis holds true after stratifying for MSKCC risk (Intermediate vs poor). Of note, the percentage of patients who had clinical benefit, defined by disease control beyond 12 weeks was 47.9% in the sunitinib arm vs 36.6% in the CN arm (p=0.022).
In his conclusion, Dr. Mejean writes “Cytoreductive nephrectomy should no longer be considered of care in mRCC, at least when medical treatment is required”. 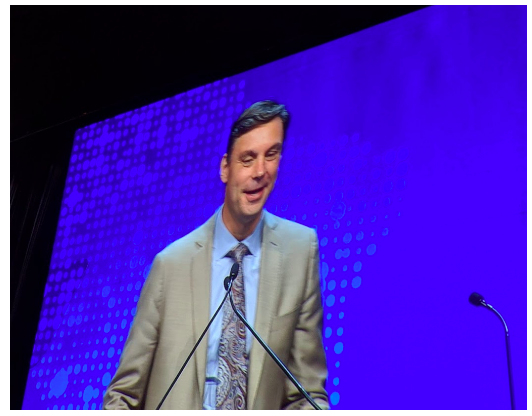 Dr. George discussed the abstract following the oral presentation by Dr. Mejean. He noted that while CARMENA likely did not address what to do for patients with a very low burden of disease, CARMENA “represents our best data regarding nephrectomy in the metastatic setting”. For patients with low volume disease, Dr. George suggests that it may be reasonable to start with sunitinib and then consider surgery as consolidation therapy down the road. Dr. George also described two additional hypothesis for why CN may not have shown an OS benefit – first, the primary tumor may serve as a source of neoantigens which may have benefit from an immunotherapy standpoint, and EA8143 (PROSPER) seeks to investigate this issue. Second, pre-clinical studies suggest that post-operative wound healing and inflammation may actually have a detrimental clinical effect and promote tumor growth.

A corresponding editorial by Dr. Robert Motzer in NEJM published today highlights one of the key messages of today’s talk on the use of CN in mRCC – “Patient Selection is Key”5.

Read the NEJM Abstract: Sunitinib Alone or after Nephrectomy in Metastatic Renal-Cell Carcinoma