The NCCN definitions are as follows:

Dr. Yamoah concluded his presentation by emphasizing that patients who need adjuvant radiotherapy are those with pathologic T3b/T4 disease, pathologic Gleason score >= 8, those with lymph node invasion, and men with a high Decipher score: 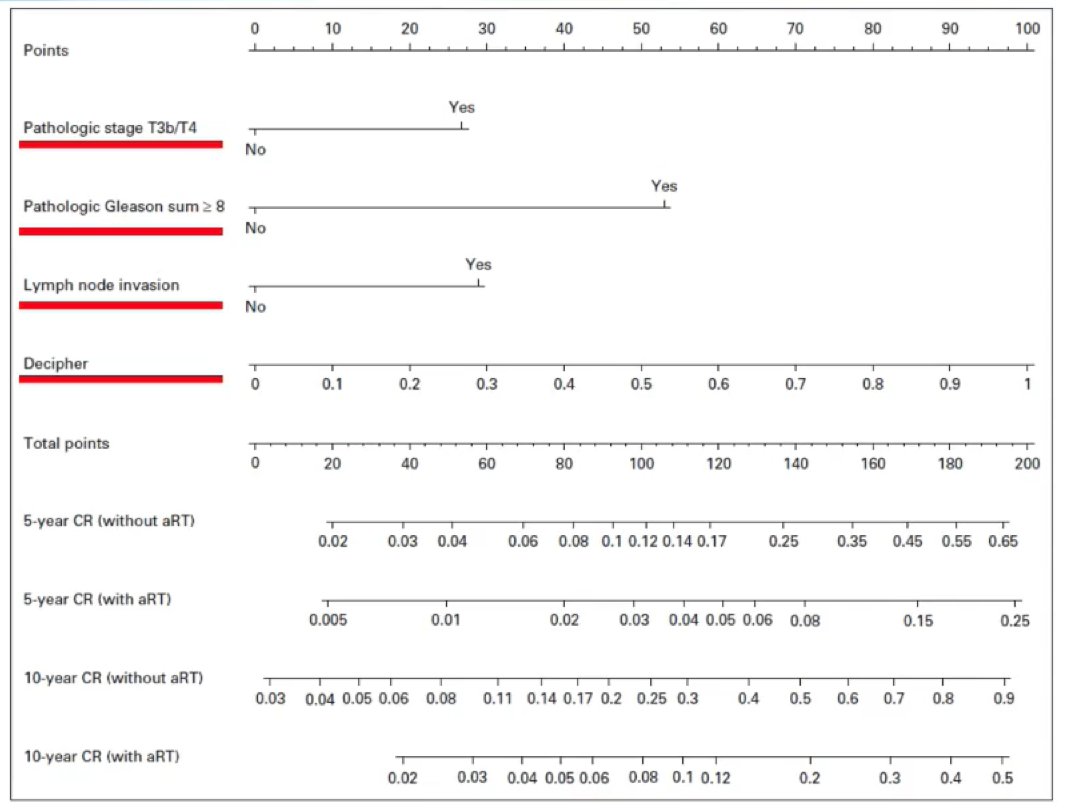