Dr. Fizazi notes that this has resulted in a 10% absolute improvement in survival (from 40% to 50%) at four years of follow-up. 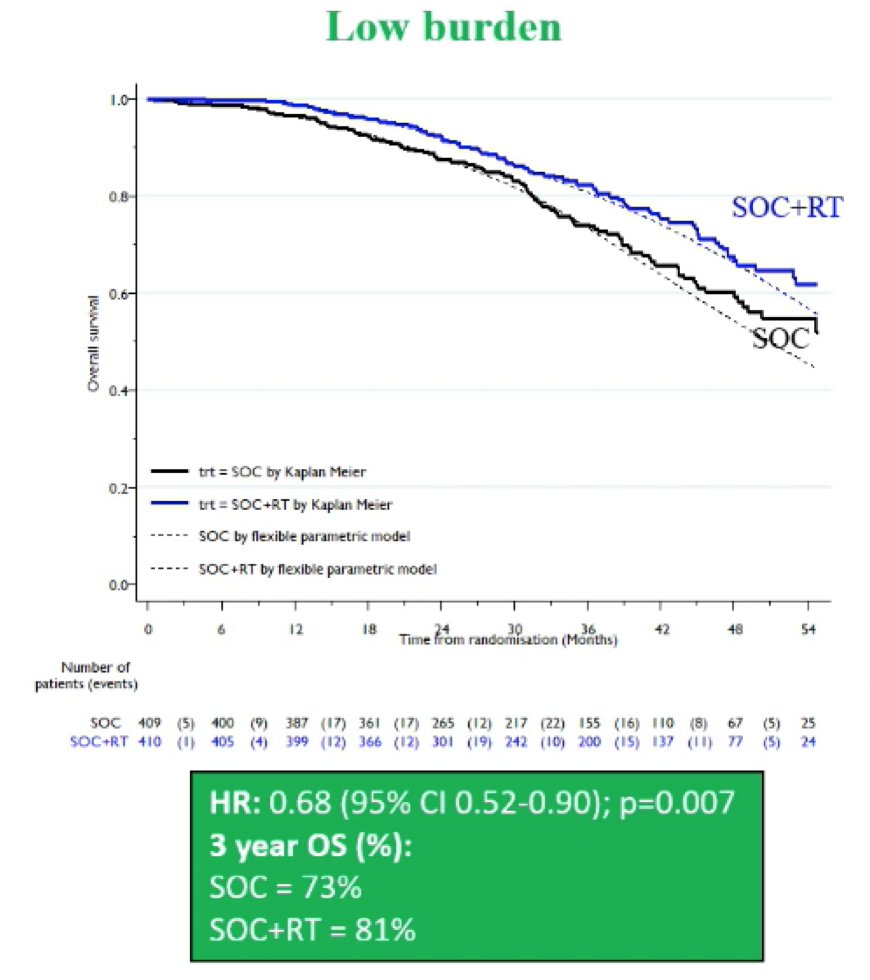 Dr. Fizazi notes that data is not yet mature in the PEACE-1 radiotherapy arm, but highlights that there are 502 patients with low-volume disease in this group. Of note, there is some literature to support the combination of abiraterone with radiotherapy from the GETUG/GEP phase 1 study.5 In this trial, abiraterone was given during one month before salvage radiotherapy at 1000 mg PO once daily, then 750 mg (Dose Level 1, DL1) or 1000 mg (DL2) for 5 months combined with 6-months of goserelin on the first day of radiation (neoadjuvant scheme) or one month before starting salvage radiotherapy (concomitant scheme). In the neoadjuvant scheme at DL1, 2/9 patients did not achieve castration levels of testosterone, and 4/9 patients presented with grade 3 liver enzyme elevation. In the concomitant scheme, testosterone dropped to undetectable levels, and at DL1 (n=6) there were no dose-limiting toxicities.

Data combining docetaxel with radiotherapy to the primary lesion is based mostly on sequential data, including (i) PEACE-1 (docetaxel first, then radiotherapy: 50%), (ii) STAMPEDE (18% of patients in the 2018 radiotherapy report4), and (iii) multiple trials in high-risk localized prostate cancer (GETUC-12, STAMPEDE, RTOG, SPCG, etc). Concomitant docetaxel (20 mg/m2) + radiotherapy (70 Gy) has been tested in a phase 2 trial,6 with no new safety signals.

Dr. Fizazi notes that combining treatments in mHSPC, in addition to ADT, remains to be completely elucidated as highlighted in the following figure: 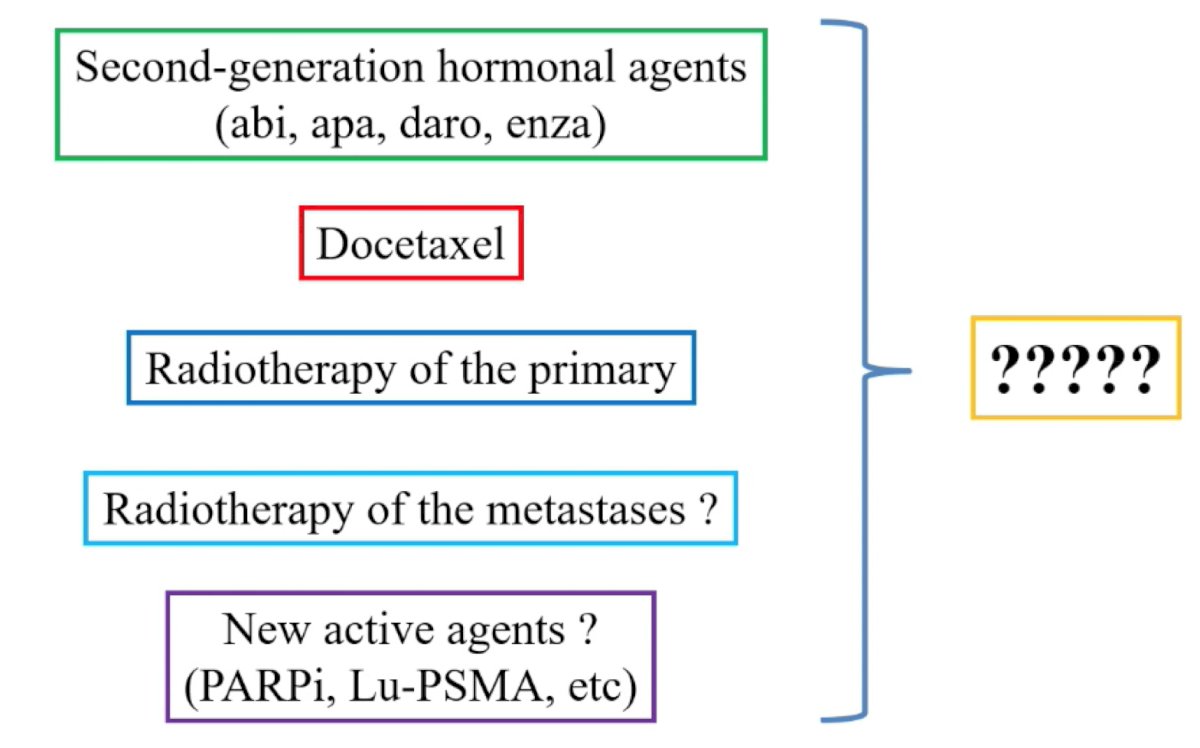 Dr. Fizazi concluded his presentation with the following take-home messages: