Dr. Ost notes that this is defined as a patient with a treated (and controlled) primary tumor, is naïve to systemic treatment, and has N1 or M1 metastasis. Currently, there is no consensus definition for oligometastatic disease. Typically, this is defined as five or fewer lesions, but different terminologies and lesion cut-offs are often used. The EORTC-ESTRO group is working on a consensus working definition that should be used in subsequent trials and studies. According to Dr. Ost, the future is a molecular definition, which is a GAP6 Movember initiative.

According to the most recent definition of the European Association of Urology Guidelines, restaging after radical prostatectomy should include a PSMA PET-CT if the PSA level is >0.2 ng/mL and if the results will influence subsequent treatment decisions (strength – weak). For PSA recurrence after radiation therapy, a PSMA PET-CT (or fluciclovine PET or choline PET) should be performed in patients fit for curative salvage treatment (strength – strong). Based on several studies, Dr. Ost notes that we essentially know where these recurrences will be: for both choline PET (median PSA 3 ng/mL) and PSMA PET (median PSA 2.6) more than 50% of recurrences will be in the pelvic lymph nodes. 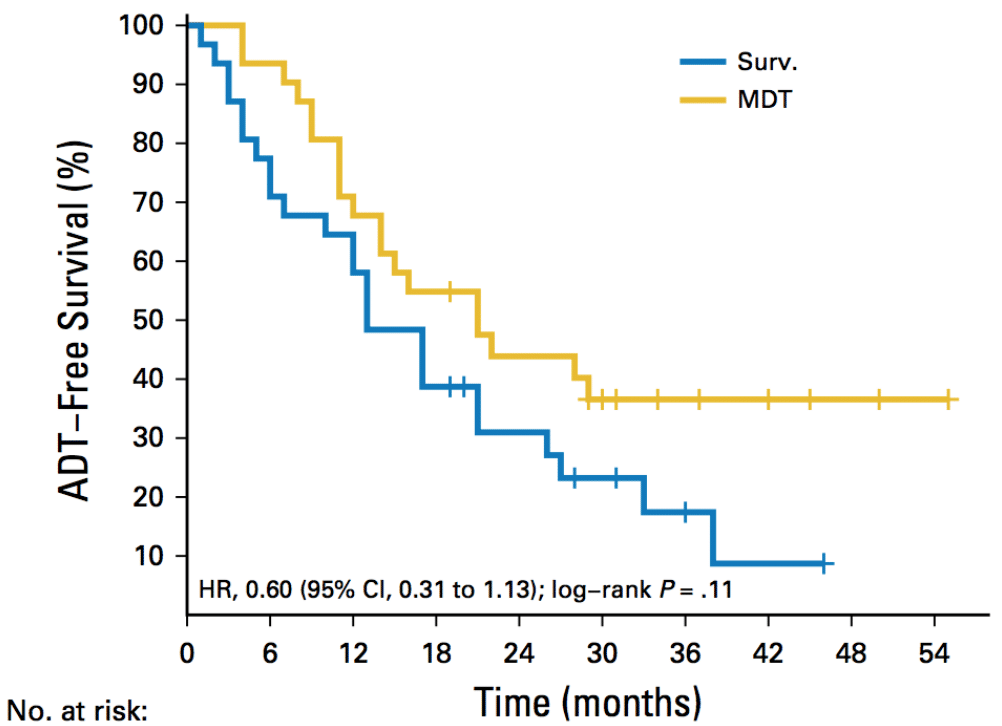