(UroToday.com) Dr. Matthew Lee and team conducted a study concerning intrarenal pressure during kidney stone operations. Ureteroscopy (URS) is one of the most common surgical interventions for nephrolithiasis, where a ureteroscope enters the urethra and is used to find a path through the ureter and into the kidney. Irrigation is used during the procedure for visualization however, this creates intrarenal pressure (IRP). Excess IRP can lead to serious complications such as pyelovenous backflow, which is hypothesized to occur around 40 mmHg. A study by Jung et Al. demonstrated instances where the IRP went up over 300 mmHg, as seen in the table below. 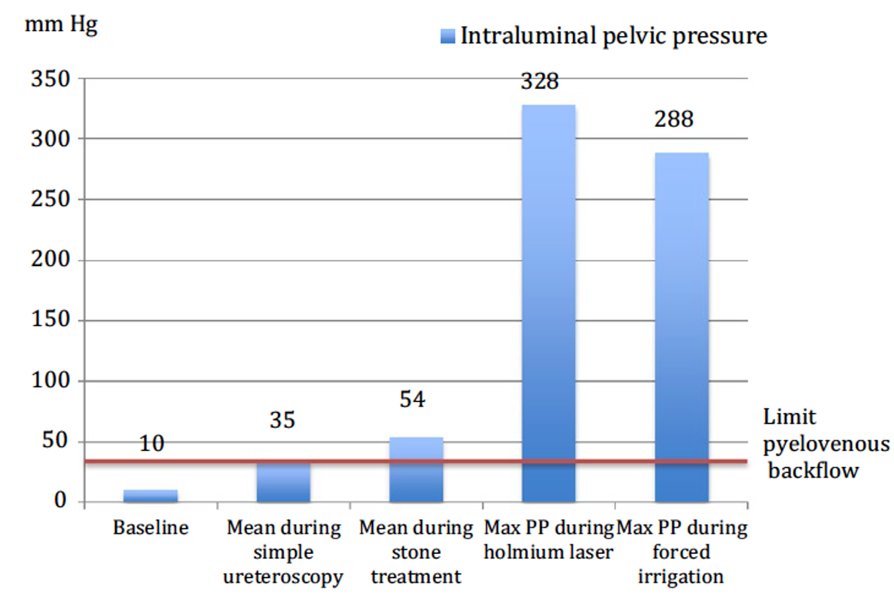 It was also noted that though a rigid URS in pig kidneys, high pressure irrigation greater than 150 mmHg, caused a series of issues such as: submucosal edema, focal scarring, and flattened urothelial mucosa. The delicate nature of kidneys and ureters are the reason why they should be handled with extreme cause to avoid serious issues and poor patient recovery. This study focused on discovering a threshold for acute renal parenchymal damage by IRP. Dr. Lee emphasized this and made it clear that this was not to simulate pressure that occurs during flexible ureteroscopy

A total of 10 pigs were used for this experiment. URS was conducing using a LithoVue ureteroscope and the ureter was tied shut with a silk tie around the scope to elevate and create a constant pressure. For 36 minutes (this window of time was based on mean ureteroscopy times), five kidneys were subjected to different levels of irrigation pressure in increments of fifty starting from 0 up to 150 mmHg. Three kidneys remained as control and two were set to receive pressure up to 300 mmHg. Once the experiment was concluded, the kidneys were harvested and examined by two pathologists for damage to the kidneys.

Forniceal ruptures occurred in the one of kidneys that underwent the 300-mmHg trial because the kidneys could not handle the applied pressure. In the next kidney, a pressure of 200 mmHg was applied slowly to help the kidney acclimate to the pressure however, another ruptured occurred around 185 mmHg; this filled the retro peritoneum with fluid (shown in the images below).

Pathology reports indicated that the forniceal rupture resulted in: 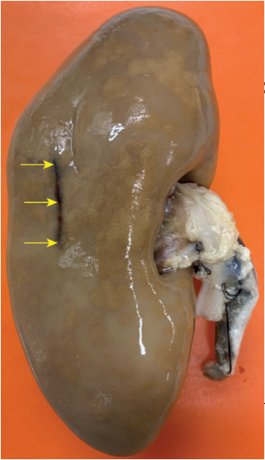 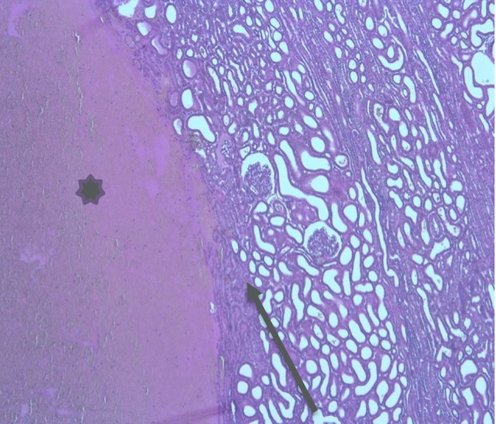 There was no damage for kidneys that were exposed to an IRP less than or equal to 150 mmHg. The image below shows that the 0 mmHg, 50, mmHg, 100 mmHg, and 150 mmHg were not at risk of injury. 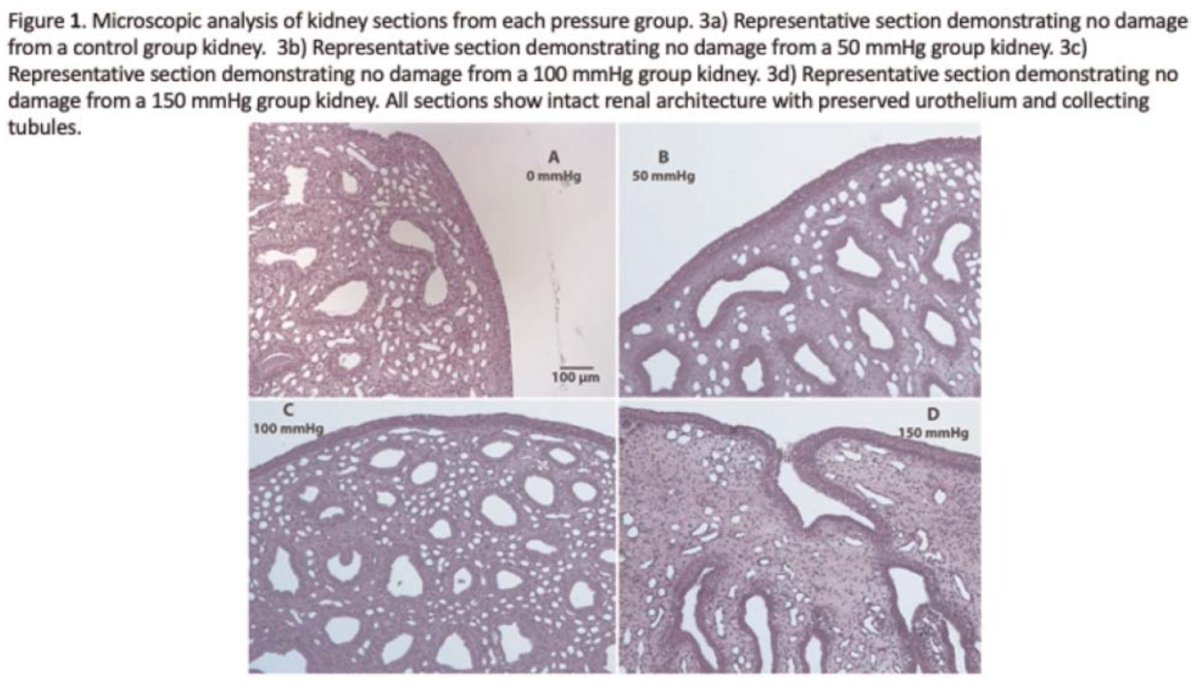 The audience brought up the testing length of the study and Dr. Lee stated that the time change would be considered for future tests. An excellent question was asked by another audience member regarding how damages occurred. Dr. Lee explained that the damages ramped up and with other tools, such as a nephrostomy tube, higher pressures could be tested. This study is a steppingstone in the right direction to finding out what is the pressure a human kidney can handle during an operation. With a discovered threshold of greater 185 mmHg in pigs, urologist may now be able to conduct safer studies to define the effects of IRP above 150 mmHg.