(UroToday.com) The 2022 AUA Annual meeting included an engineering in urology session featuring work from Mr. Kelvin Vo and colleagues presenting results of their study assessing novel tip designs to be used in aspiration-enabled endoscopes. While laser lithotripsy has become the gold standard for endoscopic calculi disintegration, basketing of stone fragments fails to clear finer remnants. To date, there is no method that leads to complete stone clearance consistently. In fact, the discussion of clinically insignificant residual fragments (CIRF) is considerable as studies suggest that about 1 in 5 patients with residual fragments will experience a stone-related event in the years following surgery. This in turn leads to a significant increase in healthcare costs and a decline in patients' quality of life because of the recurrent interventions and treatments. As such, a prominent topic of interest is the use of vacuum suction to clear residual stone fragments. This study explored six different tip designs, which varied in placements for housing of the laser fiber, camera head, and other instrumentation to evaluate the effects on stone aspiration. 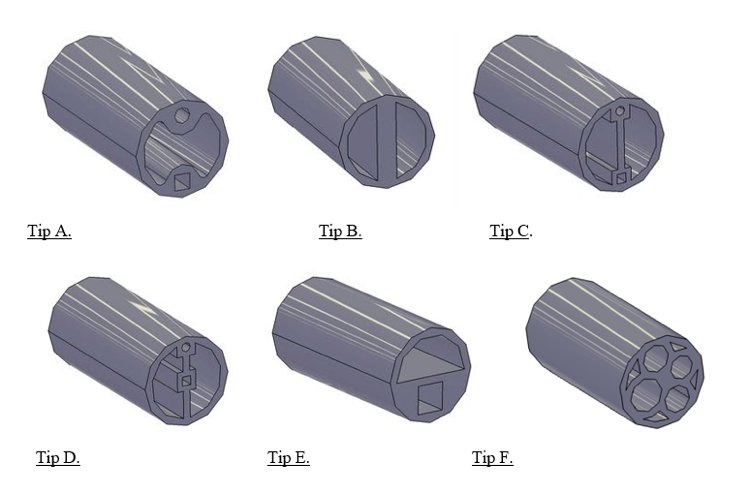 The six 3D-printed tips were each attached to suction tubing, a suction canister, and a portable suction unit to comprise a suction apparatus. The pressure was set at 100 mmHg, while a simulated kidney basin was filled with water and 1 gram of stone fragments. During each timed trial, the suction apparatus with each tip was deployed into the basin and moved around manually to facilitate the suction of fragments. If an occlusion occurred, it was cleared and recorded before the trial resumed. Trials would continue until all fragments were aspirated or until complete occlusion of the tip occurred a maximum of five times. Trials were compared based on percent clearance, suction rate, and number of channel occlusions. 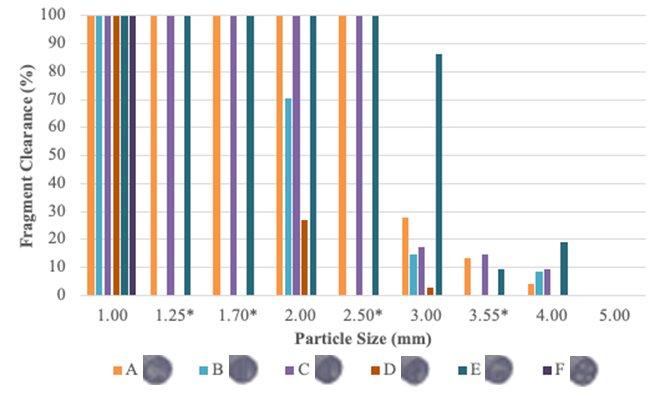 Percent stone clearance by stone particle diameter for each novel endoscope tip design. *Only tips A, C and E were evaluated as they outperformed the other tip designs during the initial part of the study.

Mr. Vo concluded his presentation with the following concluding statements: