There are persistent racial disparities in prostate cancer outcomes for Black men which warrant re-examination of the harms of screening relative to its cancer-specific mortality benefits in this population.

To do so, the authors estimated overdiagnosis and overtreatment for all races and Black men aged 50-84 years up until 2016, the most recent year with treatment data available, using both (a) excess incidence relative to 1986 based on the Surveillance, Epidemiology, and End Results (SEER) registry and US Census data and (b) an established microsimulation model of prostate cancer natural history. They further calculated numbers needed to diagnose (NND) and treat (NNT) to prevent one prostate cancer death by combining estimates with plausible mortality benefit.

Including men of all races, the authors estimated that between 1.5 and 1.9 million (range between estimation approaches) men were overdiagnosed and between 0.9 and 1.5 million men were overtreated for prostate cancer by 2016. 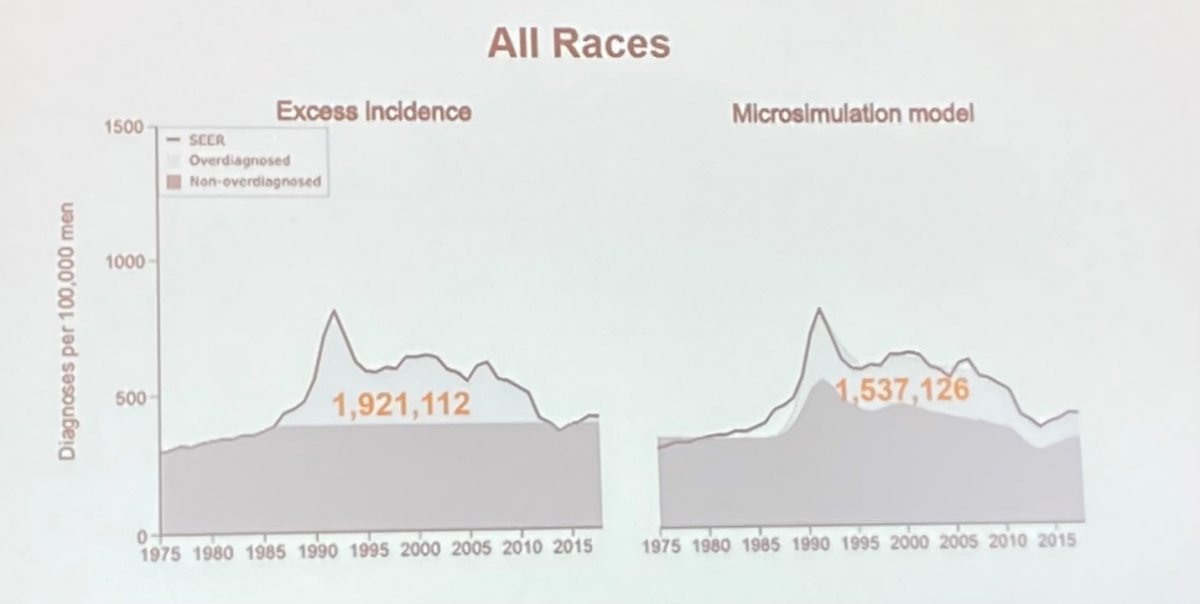 Examining both men of all races, and then Black men, analysis of the age-standardized prostate cancer incidence show evidence of substantial overdiagnosis in both groups. This effect was observed regardless of the estimation approach (excess incidence or microsimulation). 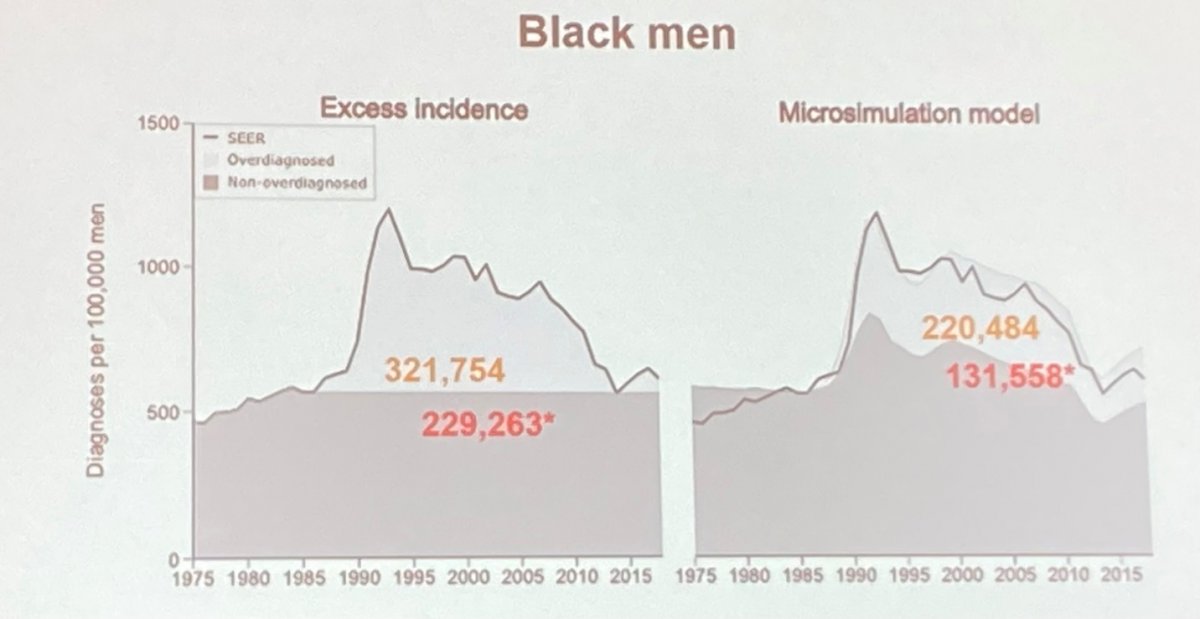 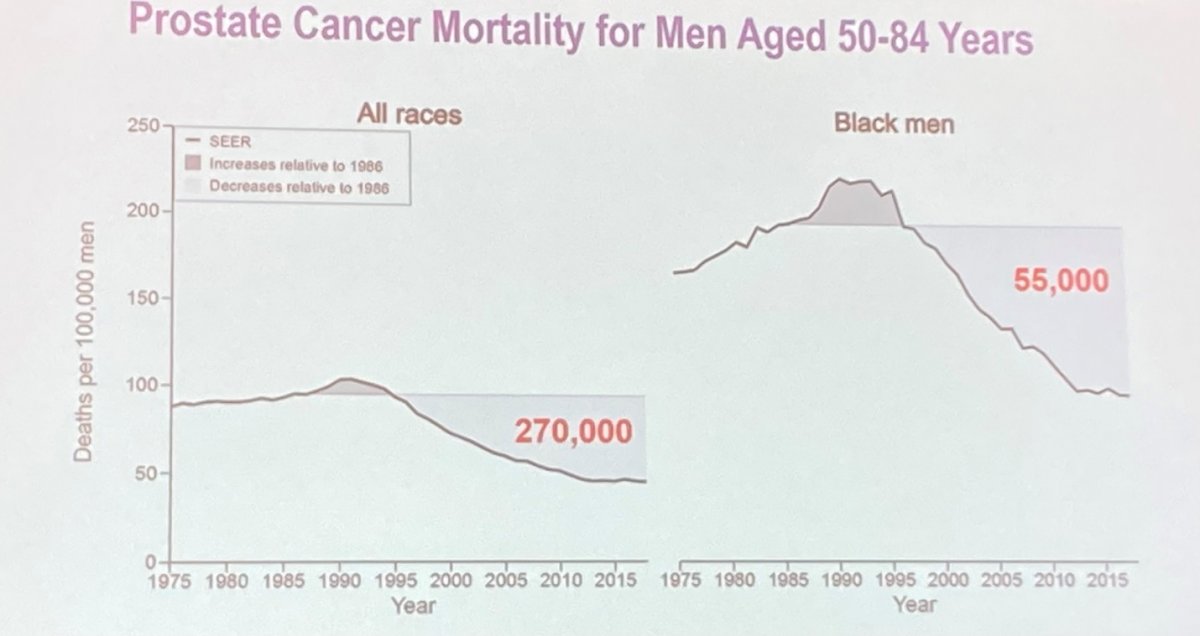 Based on the assumption that half of the 270,000 prostate cancer deaths avoided by 2016 were due to screening, the NND and NNT would be between 11 and 14 and 7 and 11 for men of all races, respectively. 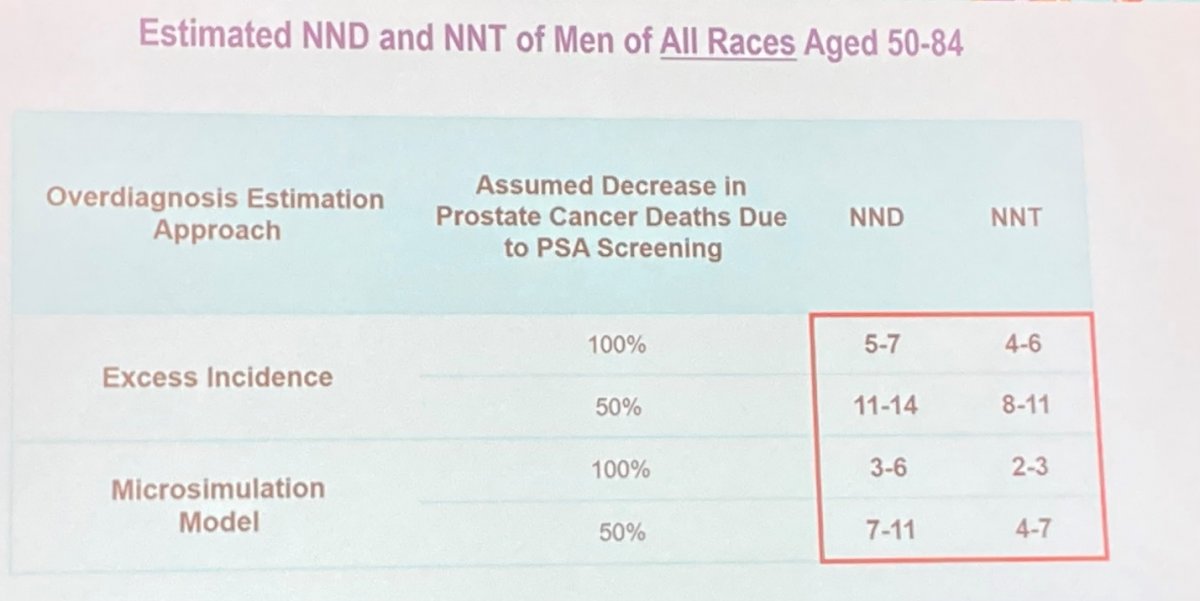 Specifically, among Black men, the NND and NNT would be between 8 and 12 and 5 and 9 for Black men, respectively. When conservatively accounting for the lag between incidence and mortality, this numbers became even lower for Black men, with NNT reaching 1-2 or 2-3 in microsimulation models.