(UroToday.com) In a podium presentation at the 2022 American Urologic Association Annual Meeting held in New Orleans and virtually, Dr. De Vos discussed the question of whether confirmatory biopsies are still required for patients on active surveillance, given the widespread utilization of upfront magnetic resonance imaging (MRI) prior to diagnostic biopsy. Notably, this is a question where there is discordance between guidelines: while the AUA guidelines recommend confirmatory biopsies in all patients within two years after diagnosis (a practice based on historical approaches), the EAU guidelines recommend refraining from confirmatory biopsies during active surveillance in patients diagnosed with upfront MRI.

The authors sought to examine the risk difference for grade group (GG) reclassification on confirmatory biopsies between patients included with and without upfront MRI. To do so, they relied on data from the PRIAS study, a multicenter prospective study providing clinical data of patients on active surveillance. In this analysis, the authors selected patients diagnosed with or without upfront MRI, who underwent (a second) MRI before confirmatory biopsies. 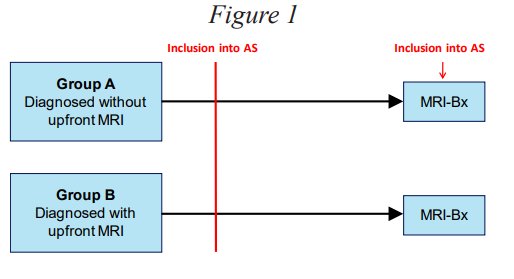 Following MRI, all patients underwent targeted biopsies (±systematic biopsies) of lesions PIRADS ≥3. Where there was no identifiable lesion on MRI, patients underwent systematic biopsy. The authors used multivariable logistic regression analysis to determine the risk difference for GG reclassification at confirmatory biopsies between patients included with and without upfront MRI.

They identified 732 patients underwent MRI informed confirmatory biopsies at a median PSA of 6.4 (interquartile range 4.6-8.4) ng/ml of whom 553 did not have an initial upfront MRI and 262 who did. As is shown below, baseline characteristics of these groups were relatively comparable. 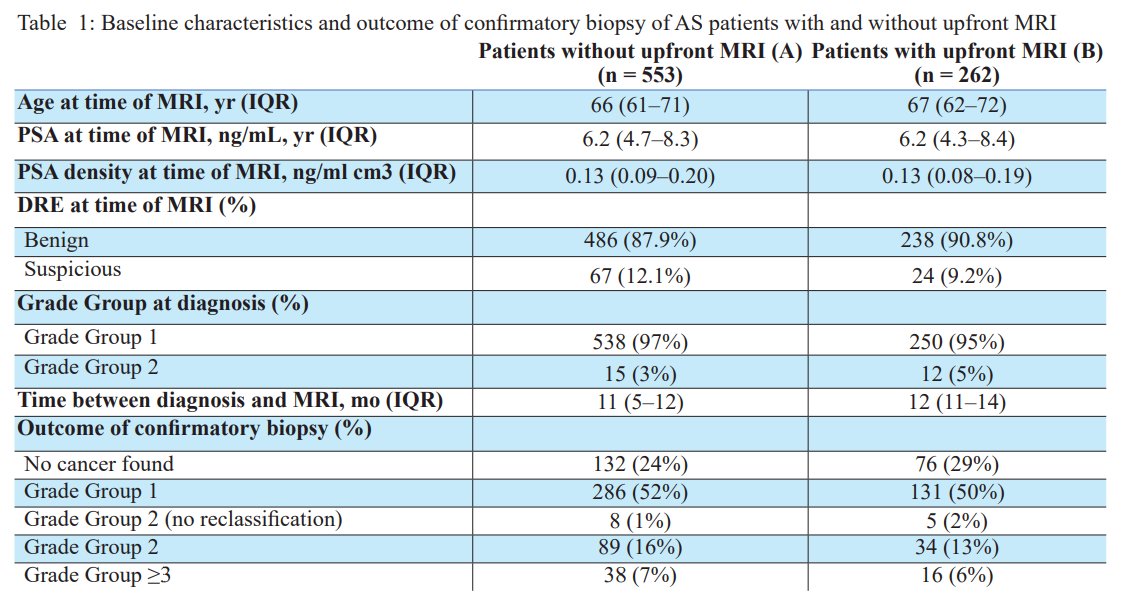