Overall, 307 prostate cancer patients diagnosed with mpMRI-targeted biopsy and treated with nerve-sparing robot-assisted radical prostatectomy at a referral center between 2018 and 2021 were identified. Among those, 283 had detailed information on the site of the index lesion and on the presence of extracapsular extension at mpMRI and represented the study cohort. All patients had details on the site and location of extracapsular extension and positive surgical margins (i.e., malignant cells in contact with the inked surface of the prostate) at final pathology. The proportion of positive surgical margins at the site of the index lesion (namely, concordant) and not concordant with the index lesion location was assessed using contingency tables. The chi-square compared proportions between groups. Logistic regression analyses evaluated the impact of the index lesion location on the risk of having a concordant positive surgical margin. 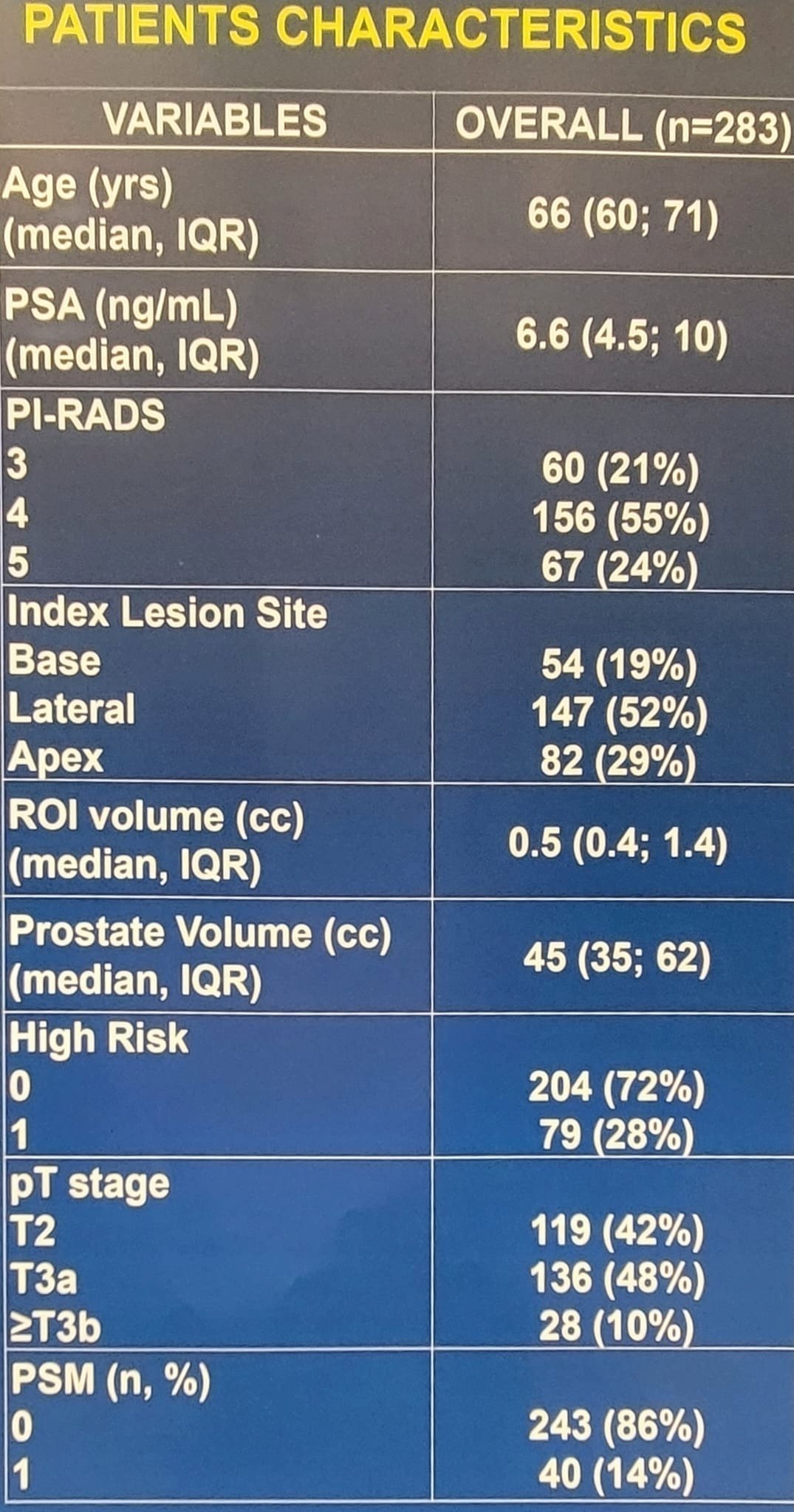 Dr. Barletta concluded his presentation by discussing the topographic description of the site of positive multiparametric MRI (mpMRI) and impact on the risk of positive surgical margins at robot-assisted nerve sparing radical prostatectomy with the following take-home messages: