(UroToday.com) Nityam Rathi from the Cleveland Clinic gave a stimulating podium presentation relating to nephrectomies and the kidney health of the patients. Specifically, Rathi et al, sought to enhance the prediction of renal function after radical nephrectomies. Radical nephrectomies (RN), or the complete removal of the kidney, is an important plan of attack to consider when dealing with more aggressive forms of renal cell carcinoma. RN, however, can lead to a significant decrease in renal function on the contralateral kidney, resulting in subsequent treatments like dialysis.1 Better predicting contralateral renal function can be of use to better diagnose patients. 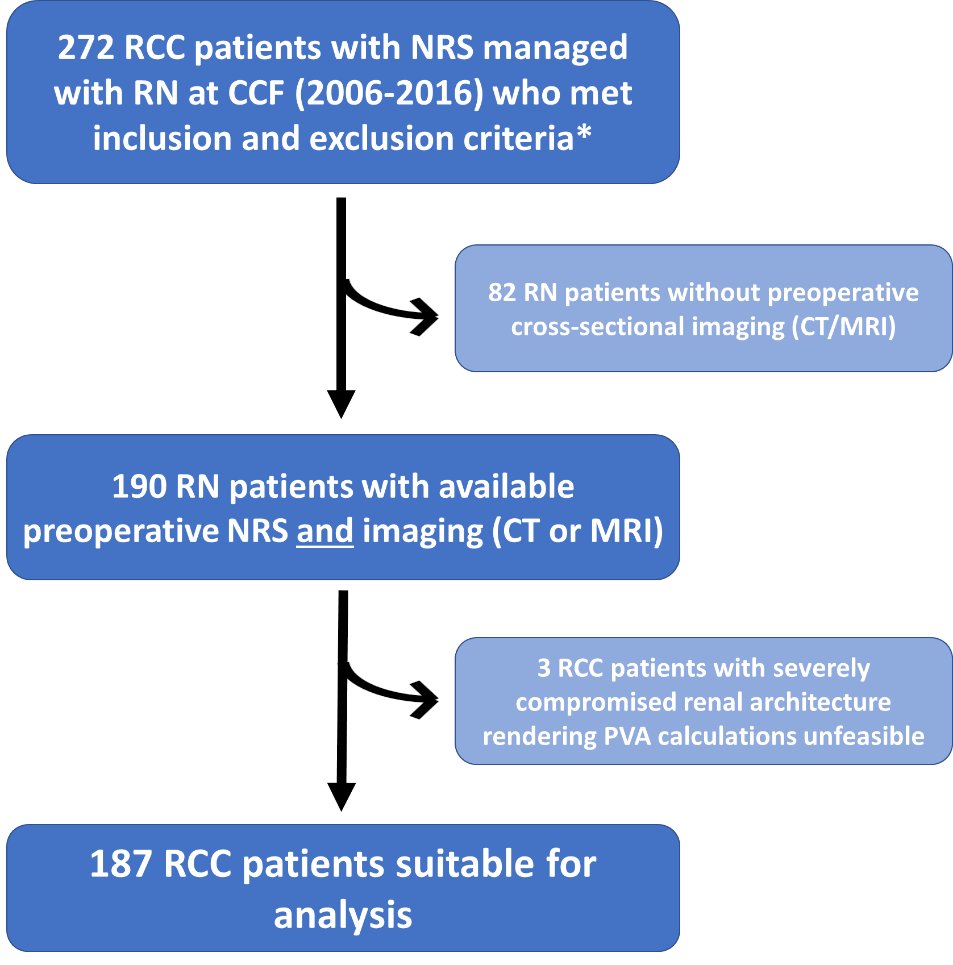 The flow chart shows how the team selected for patients. It is worth noting that exclusion criteria included absence of CT scan, severely compromised renal function, and unavailable NRS with SRF.

The table above shows the results of predicted vs observed NBGFR in all methods used. Subjective assessment was based on a urologic oncologist.

Rathi and colleagues from Cleveland clinic concluded that a software based PVA significantly predicts NBGFR more accurately after RN than subjective assessment and NRS. This finding can better help physicians determining if the patient is the right candidate for RN or partial nephrectomy depending on tumor size. Rathi included drawbacks to the study which include that the software is not able to analyze MRI and that it is only done at one institution.

After the presentation, Rathi was asked questions by the audience and moderators. On the topic of how one can access this program, Rathi explained that they would need to get in contact with the software developer themselves. Rathi also included that this software is easy to use because it can be directly used on EPIC, a common health record system. This study can have a major impact on predicting patients’ health and determining if they are deemed safe for a PN.