(UroToday.com) The 2022 Annual Meeting of the American Urological Association was host to a moderated poster session for non-invasive bladder cancer. Dr. Fady Ghali presented the results of his group’s systematic review evaluating the association between surrogate endpoints and overall survival in metastatic urothelial cancer trials.

Due to various reasons such as low statistical power and limited follow-up, clinically relevant endpoints such as progression-free survival (PFS) and objective response rate (ORR) are utilized as surrogate endpoints in clinical trials. It is assumed that patients with improvements in such surrogates would likely see concordant overall survival outcomes benefits, however the association between these surrogate endpoints and the “hard outcome” of OS has not been formally evaluated. To address this knowledge gap, the authors evaluated trial-level data assessing the statistical relationship between surrogate endpoints and OS.

A systematic literature search to identify all phase II/III trials in metastatic urothelial cancer published in English, had at least two treatment arms, and reported median PFS and/or ORR and OS was conducted. Recorded variables included publication year, class of drug/intervention, presence/absence of industry funding, and median PFS/ORR and OS. The correlation between PFS/ORR and OS was evaluated using the coefficient of determination (R2), surrogate threshold effect (STE), and linear regression analysis. 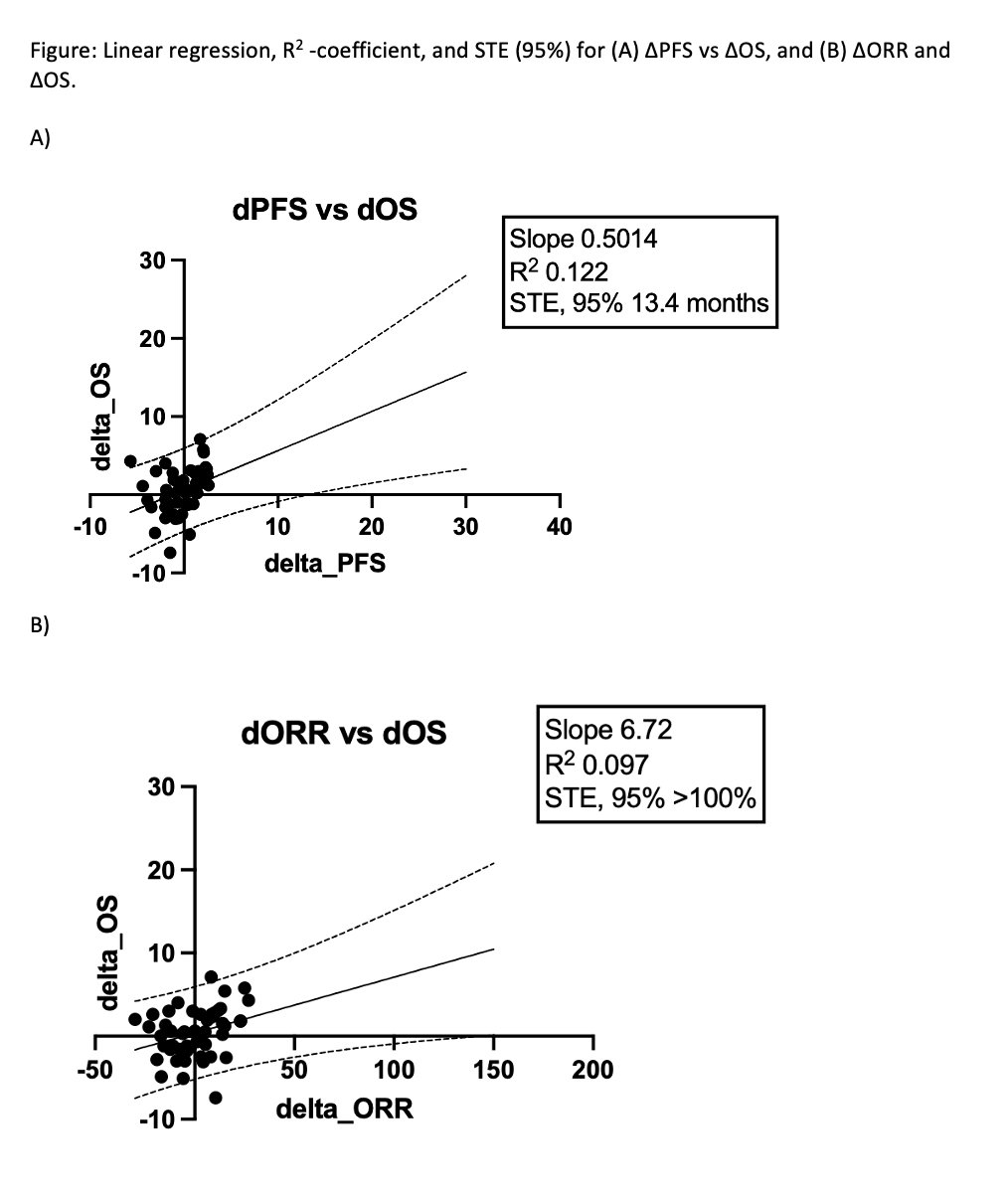 STE analysis determined that a PFS of 13.4 months provided 95% confidence for a positive OS. No included trials met this threshold. STE for ORR was >100%, with none of the trials meeting this threshold.