It has been established that Transurethral resection of bladder tumor (TURBT) followed by intravesical BCG induction with one to three-year maintenance is standard of care for high-risk NMIBC. To date, there are no reliable biomarkers to predict response to BCG. FGFR alterations frequently occur in this disease space, and their prognostic significance in this disease space remains unknown. In this real-world study, the authors retrospectively evaluated the frequency and predictive value of FGFR alterations in BCG-treated patients with high-risk NMIBC.

Whole-exome, whole-transcriptome sequencing or SNaPshot analysis was used to perform molecular profiling in patients with high risk NMIBC (HGTa, T1 or CIS) who underwent a TURBT followed by BCG at the Erasmus University Medical Center in Rotterdam, Netherlands.

An FGFR+ mutation was defined as at least one FGFR3 mutation (S249C, Y373C, R248C, G370C) and/or FGFR2/3 fusion (FGFR2-CASP7, FGFR2-BICC1, FGFR3-TACC3, and FGFR3-BAIAP2L1). The primary objectives included the frequency of FGFR alterations and their predictive value on recurrence-free survival with BCG treatment. The secondary objective was to assess the predictive value of FGFR alterations on PFS and DSS post-BCG. A two-side p-value <0.05 denoted statistical significance. 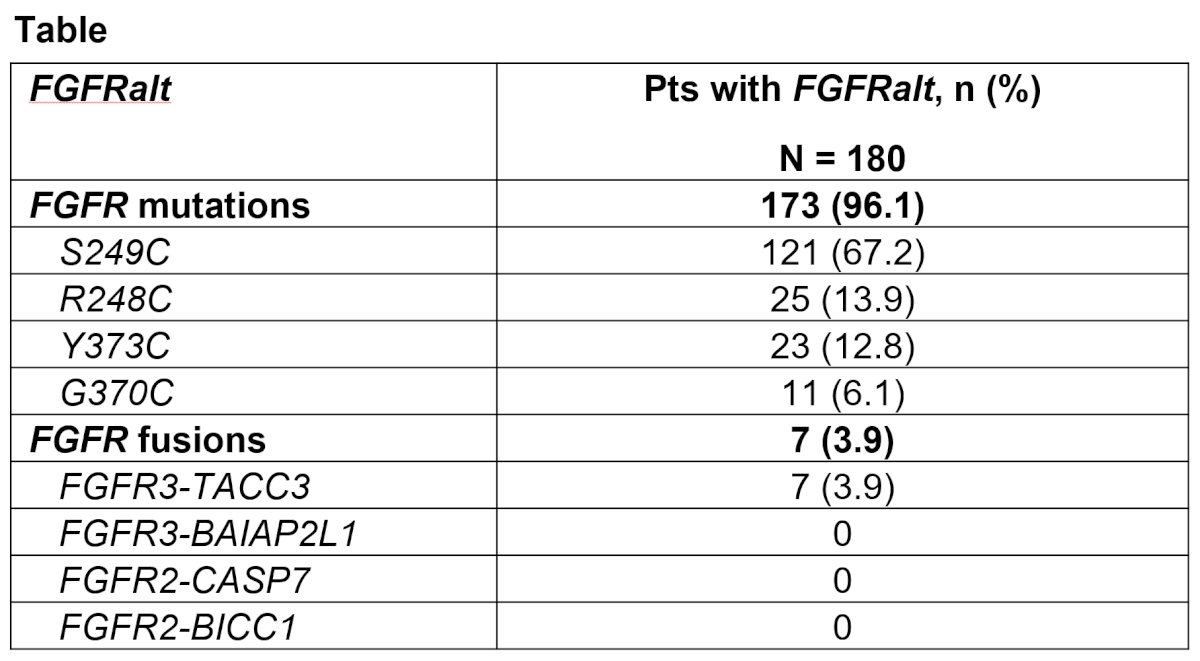 There was no statistically significant difference in RFS between patients with and without FGFR mutations (HR: 0.74, 95% CI: 0.52-1.06, p=0.098). Multivariate analysis showed no association between FGFR status, sex, age, smoking status, tumor grade (WHO 1973), and CIS at TURBT on RFS rates.

Among 174 pts with available FGFR alteration data at baseline and following BCG treatment,