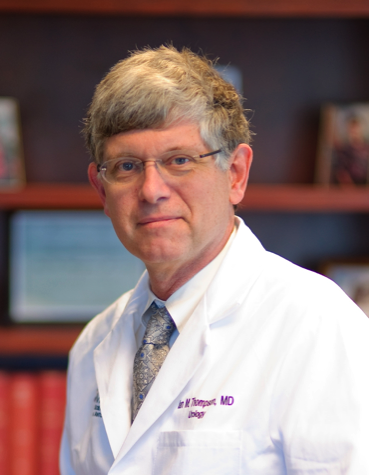 Dr. Ian Thompson received his undergraduate degree from West Point and his M.D. degree from Tulane University. After a Residency in Urology at Brooke Army Medical Center in San Antonio, he completed a fellowship in Urologic Oncology at Memorial Sloan Kettering Cancer Center. He is Director of the Cancer Therapy and Research Center at UTHSCSA, a NCI-designated Cancer Center. Dr. Thompson has published over 500 scientific papers, several dozen book chapters, and has edited six textbooks in medicine and surgery. He serves as Chair of the Early Detection Research Network of the National Cancer Institute and Chairs the Genitourinary Committee of the Southwest Oncology Group. He has previously chaired the Urology Residency Review Committee of ACGME and is a Trustee of the American Board of Urology. Dr. Thompson is the Principal Investigator of the San Antonio Center for Biomarkers Of Risk of Prostate Cancer. This cohort study, with up to 13 years of follow-up, follows over 4,000 men for development of prostate cancer. He is the Principal Investigator of the Program Project Grant, The Biology of the PCPT. He was the primary coordinator of the Prostate Cancer Prevention Trial, PI of S8794 (Adjuvant Radiotherapy for pT3 Prostate Cancer), and co-PI of the Selenium and Vitamin E Prevention Trial. Dr. Thompson retired as a Colonel from the U.S. Army, having served as Chair of the Department of Surgery at Brooke Army Medical Center and served in Saudi Arabia and Iraq as a General Surgeon with the 41st Combat Support Hospital during Operation Desert Storm/Shield.