Level I evidence suggests that administration of systemic chemotherapy prior to radical cystectomy affords an overall survival benefit in patients with muscle invasive bladder cancer.

However, uptake in the urologic community remains low, and systemic therapy is often preferentially delayed until the post-operative setting. In this study, the investigators sought to examine the relationship between post-operative complications requiring hospital readmission and receipt of systemic chemotherapy following cystectomy. 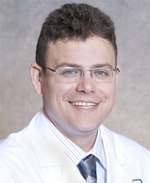 "Institutional data has shown that approximately 60% of patients experience a complication following radical surgery for bladder cancer" said Dr. Smaldone, and "at least one in four patients is readmitted to the hospital. These patients may suffer from a prolonged recovery period as well as omission of or untimely delays to systemic treatment".

This study used linked SEER-Medicare data to identify 4,034 Medicare patients undergoing radical cystectomy urothelial carcinoma. They then identified all patients (n=1,498) meeting pathologic criteria for post-operative chemotherapy (>stage II disease). Of these, 29% were readmitted within 30 days of surgical discharge (13.4 % had two or more readmissions). 25% of patients who were readmitted received post-operative chemotherapy compared to 34.4% who were not (p=0.001). Controlling for confounders, the odds of receiving chemotherapy were 30% less in patients readmitted to the hospital (OR 0.70 [CI 0.52-0.94]) when compared to patients who were not readmitted.

"Reluctance regarding neoadjuvant treatment is due to a number of factors, including concerns regarding disease progression during therapy and the desire to direct therapy towards patients with high risk pathologic features who may be most likely to benefit" added Dr. Smaldone. While considered standard of care, cancer registry studies have shown that (as of 2007), as few as 10% of patients with muscle invasive disease received systemic treatment prior to surgery. "Our study using SEER-Medicare data showed a similar trend, as utilization of neoadjuvant treatment only marginally increased from 6-10% from 1995-2007".

In contrast, at the Fox Chase Cancer Center as well as many academic and tertiary referral centers, the vast majority of muscle invasive bladder urothelial carcinomas are referred to medical oncology for consideration for neoadjuvant chemotherapy unless specific contraindications exist, such as poor performance status or renal insufficiency. Of those opting to undergo systemic treatment, most, albeit not all, eventually undergo definitive surgery.

Dr. Smaldone concludes, "our findings indicate that one third of patients undergoing radical cystectomy suffer complications requiring hospital readmission following surgery, and that if readmitted, the chances of undergoing systemic chemotherapy are markedly reduced. These data strengthen the argument supporting chemotherapy utilization in the neoadjuvant setting".

Slide Presentation
Level I evidence suggests an overall survival benefit with neoadjuvant chemotherapy prior to cystectomy for patients with muscle invasive bladder cancer. However, uptake in the urologic community has been slow, and registry data demonstrates receipt of neoadjuvant chemotherapy in < 10% of patients from 2003-2007. Despite the absence of a measurable survival benefit, systemic therapy is often postponed until the post operative setting due to:

Institutional data suggests that > 60% of patients experience one or more post operative complications following cystectomy, with > 25% readmitted to the hospital. Our objective was to test the association between complications requiring hospital readmission ≤ 30 days of index hospitalization and receipt of post-operative chemotherapy in a large cohort of Medicare beneficiaries undergoing cystectomy...