BERKELEY, CA (UroToday.com) - Nocturia has been associated with cardiovascular morbidity and all cause mortality, but whether nocturia was independently associated with cardiovascular morbidity after adjusting for sleep disordered breathing (SDB) was previously unknown. SDB – the common form of which is termed obstructive sleep apnea (OSA) – is a condition characterized by repetitive obstruction of the upper airway during sleep that manifests as loud snoring, witnessed apneas, unrefreshing sleep, and excessive daytime sleepiness. 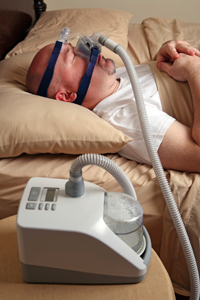 OSA is diagnosed by a sleep study (termed polysomnography) that measures the number of cessation of breathing episodes (apneas and hypopneas) and expresses them as a function of sleep time – termed apnea-hypopnea index (AHI). AHI values greater than or equal to 5 per hour is diagnostic for OSA. In our study, we performed a cross-sectional analysis of the Sleep Heart Health Study that contained polysomnography information, nocturia episodes, and cardiovascular morbidity in a middle-age to elderly community-based population. We found that after adjusting for known causes of nocturia -- age, body mass index, diuretic use, diabetes mellitus, alpha-blocker use -- nocturia was independently associated with SDB. Such an association persisted for OSA diagnosed variably as an AHI >5, >15 or >30 per hour. Moreover, after adjusting for SDB and other known confounders, nocturia was independently associated with prevalent hypertension (OR 1.23; 95%CI 1.08–1.40; P = 0.002), cardiovascular disease (OR 1.26; 95%CI 1.05–1.52; P = 0.02) and stroke (OR 1.62; 95%CI 1.14–2.30; P = 0.007). The association between nocturia and cardiovascular disease was strongest for stroke.

Interestingly, nocturia was also associated with adverse objective alterations of sleep as measured by polysomnography. Nocturia was associated with longer periods of wakefulness after sleep onset, reduced time spent asleep at night, and greater number of sleep disruptions. To our knowledge this is the first study to demonstrate – through objective measures of sleep -- the association between poor sleep and nocturia in a large community-based population. Moreover, nocturia was associated with self-reported excessive daytime sleepiness measured by the well-validated Epworth sleepiness scale. We concluded that nocturia is independently associated with sleep-disordered breathing and that after adjustment for SDB, there remained an association between nocturia and cardiovascular morbidity. Such results support screening for SDB in patients with nocturia, but the mechanisms underlying the relationship between nocturia and cardiovascular morbidity requires further study.

Written by:
Sairam Parthasarathy, MD;1,2 MaryPat Fitzgerald, MD;3 James L. Goodwin, PhD;2 Mark Unruh, MD;4 Stefano Guerra, MD, PhD;2,5 and Stuart F. Quan, MD1,2,6 as part of Beyond the Abstract on UroToday.com. This initiative offers a method of publishing for the professional urology community. Authors are given an opportunity to expand on the circumstances, limitations etc... of their research by referencing the published abstract.