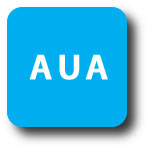 Children exposed to environmental tobacco smoke (secondhand smoke), especially those 4–10 years of age, are at increased risk for irritative storage symptoms - urinary urgency, increased urinary frequency and incontinence - according to a new study at the 107th Annual Scientific Meeting of the American Urological Association (AUA). The study was presented to reporters during a special press conference at the Georgia World Congress Center, Atlanta, GA on Sunday, May 20 at 10:00 a.m.

Cigarette smoke contains known bladder irritants and is associated with the development of bladder cancer in adults. European studies have shown an elevated risk of bladder cancer among adults exposed to secondhand smoke during childhood; however, there is no current literature to address the urologic effects of secondhand smoke in children. Dr. Kelly Johnson and researchers from Robert Wood Johnson University Hospital and Rutgers University, New Brunswick, N.J. analyzed survey responses from 45 children ages 4–17. All children presented with storage symptoms prior to enrollment in the study. Parents of children 4–10 years of age completed the survey on the child’s behalf, while children 11-17 years of age self-reported. Storage symptom severity was quantified by clinical exam and classified as very mild, mild, moderate or severe.

About the American Urological Association: Founded in 1902 and headquartered near Baltimore, Maryland, the American Urological Association is a leading advocate for the specialty of urology, and has more than 18,000 members throughout the world. The AUA is a premier urologic association, providing invaluable support to the urologic community as it pursues its mission of fostering the highest standards of urologic care through education, research and the formulation of health policy.