BERKELEY, CA (UroToday.com) - Sexual adverse events (AEs), a major cause for discontinuing 5α-reductase inhibitor (5ARI) therapy for benign prostatic hyperplasia (BPH), are known to occur most frequently early in therapy and appear to decline over time. The aim of this study was to investigate the changes in sexual function occurring with dutasteride treatment during a 1-year follow-up period in Korean men. 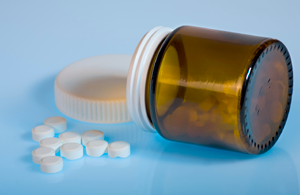 We recruited 73 patients with BPH who had enlarged prostates (total volume ≥30 g), had lower urinary tract symptoms (International Prostate Symptom Score [IPSS] >10), and were undergoing combined treatment with α-blockers (tamsulosin or doxazosin) and dutasteride. The patients had relatively good erectile function (EF), defined as an International Index of Erectile Function (IIEF) EF domain score ≥17, and had sexual intercourse at least once per month. To rule out the independent effect of α-blockers on sexual function, all patients were treated with an α-blocker alone for 1 month before the combined treatment with an α-blocker and dutasteride. During the study period, 55 patients completed the treatment. Using the IIEF, we prospectively evaluated, after 1, 3, 6, 9, and 12 months of treatment, the changes in sexual functions of the 55 patients (mean age 62.3±7.2 years) with BPH (mean volume 48.9±16.0g).

At 1-month treatment of alpha-blockers alone, both tamsulosin and doxazosin did not show any significant changes in IIEF scores from the baseline level. However, every domain score of the IIEF significantly decreased after adding dutasteride to the α-blocker and then gradually recovered (Table 1). EF scores showed the most significant reduction at 1- month treatment of dutasteride (p<0.01) and gradually recovered thereafter but still significantly decreased at 12-months treatment (p<0.05). Moderate to severe erectile dysfunction was experienced in 38% of the patients at 1-month treatment and in 22% at 12-months treatment. The scores for orgasmic function and sexual desire also showed the most significant reduction at 1 month but were restored to the baseline level at 6-months treatment. No significant correlation was observed between changes in sexual function and prostate-specific antigen level, prostate volume, or IPSS.

Byung Hoon Chi and Sae Chul Kim as part of Beyond the Abstract on UroToday.com. This initiative offers a method of publishing for the professional urology community. Authors are given an opportunity to expand on the circumstances, limitations etc... of their research by referencing the published abstract.