An external urine collection device (EUCD) may be external and less invasive but they are not free of risks. Complications and adverse effects include skin lesion/ulceration and breakdown from pressure necrosis and moisture, urethral fistula or very rarely, gangrene of the penis. The majority of complications involve perineal/genital skin issues, primarily occurring in 15-30% of male patients and involve external penile shaft problems.

Skin adverse effects are commonly seen and include dermatitis, erosion, and maceration. In men, the skin on the penile shaft is most often affected and in women, the labial and vulvar areas are affected. Causes include a “too tight device” which can increase pressure and occlusion of the penile shaft or pubic area. An excessive or uneven adhesive from a self-adhesive product can cause skin irritation. Some advocate using a liquid polymer acrylate (liquid skin barrier) to protect the underlying skin which promotes adherence.

Allergic reactions primarily from latex-based devices have been reported, but EUCD material has moved to more skin-friendly material (e.g., silicone).   Milanesi et al. 2013 noted epidermal sloughing of the entire penile shaft in a male patient with long-term use of an external catheter, possibly caused by sensitization to thiurams in latex. Urine can get trapped between the catheter and skin, especially in an ill-fitted device, leading to skin breakdown.  Bycroft et al (2003) reported on a 39-year-old male who presented to the emergency department with an erosion of the penile skin, maceration, and irritation caused by friction from a self-adhesive external catheter. If skin breakdown occurs on the penile shaft, consider changing to a reusable EUCD or glans-adherent male external catheter (MEC).

There is a lack of microbiology studies of urine cultures associated with external catheters in comparison to urine cultures from indwelling catheters. Although the use of EUCDs is increasing in the care settings (e.g. acute care), they are not included in standard medical device surveillance. So little is known about the typical microbiology profile associated with their use.

Saint and colleagues (2006) demonstrated an 80% reduction in UTIs with men using an external catheter when compared with those men using an indwelling urethral catheter (IUC), despite the fact that MEC-associated bacteriuria may represent contamination. Grigoryan and colleagues (2014) conducted a cross-sectional study in five medicine and five extended-care wards of a VA tertiary care facility of all patients (n=308) who had both a urinary catheter (external or indwelling) and positive urine culture during a nine-month period. Five hundred and ninety-three organisms were identified and the mean number of organisms per culture was significantly higher in patients with external catheters compared with those with indwelling catheters. The prevalence of all gram-positive organisms combined was somewhat higher in urine cultures from external catheters than indwelling catheters, but individual gram-positive organisms (Staphylococci, Enterococci, Corynebacterium, and Lactobacillus) did not differ significantly. The prevalence of all gram-negative organisms and Enterobacteriaceae were also similar between groups. But Candida and gram-negative non-Enterobacteriaceae (mostly Pseudomonas), both more apt to cause the formation of biofilms) were significantly more common in urine cultures from indwelling catheters than external catheters. 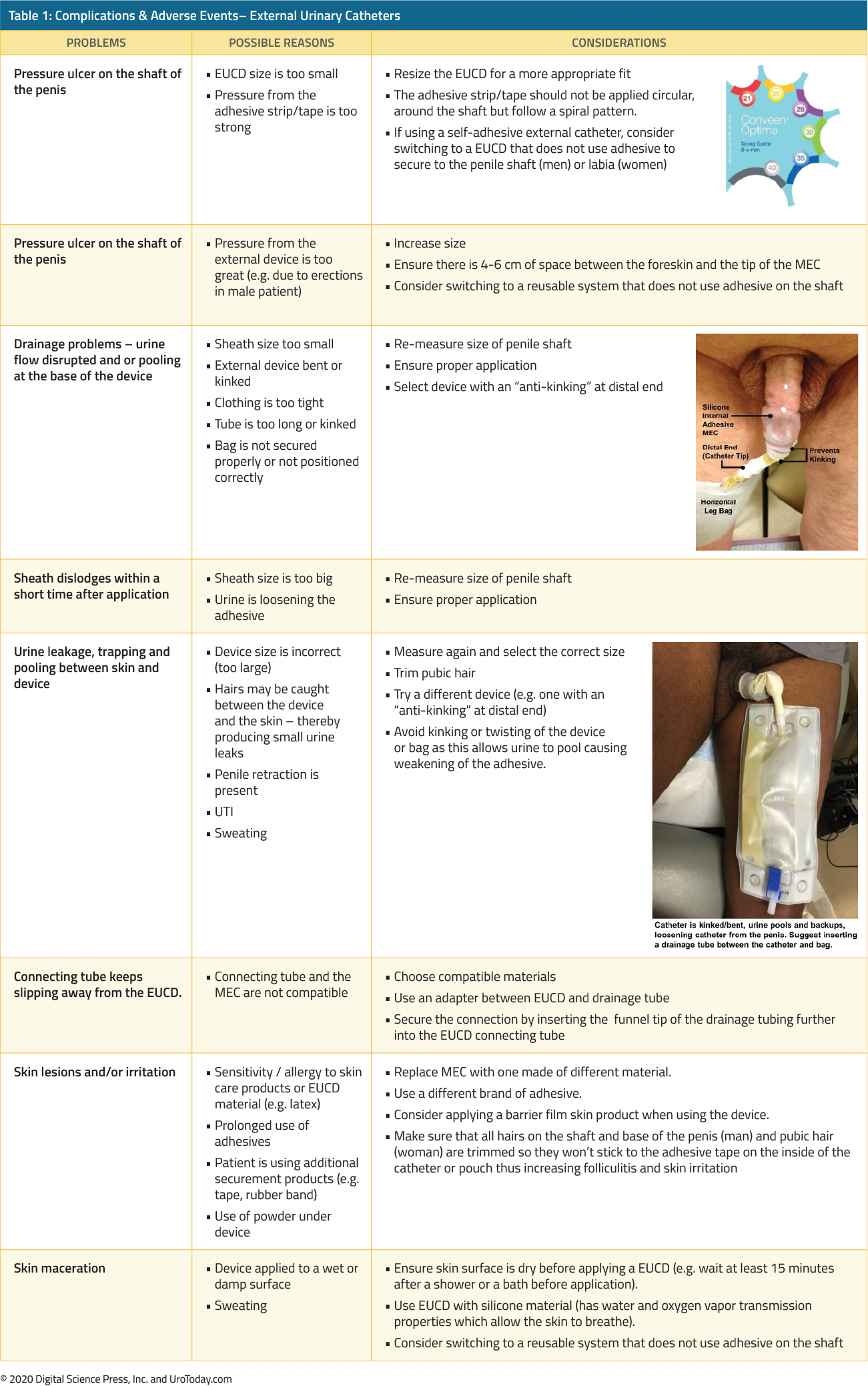