This website uses cookies to ensure you get the best experience on our website. Privacy Policy
Abu Dhabi, United Arab Emirates (UroToday.com)  Dr. Miguel Silva-Ramos provided a brief introduction to his project: retroperitoneoscopic kidney surgery is gaining prominence in the literature. The retroperitoneal route provides more direct and rapid access to the kidney and the renal hilum. It also avoids intra-peritoneal organ manipulation. However, it is seldom used in partial nephrectomy. Dr. Silva-Ramos predicted that posterior tumors may be most suitable for a retroperitoneoscopic approach.

Dr. Silva-Ramos and his team retrospectively reviewed 112 patient cases who underwent partial nephrectomy performed by surgeons at two institutions between April 2011 and April 2019 and compared their demographic, perioperative, and oncological data. There was no significant difference between complications rates, re-intervention rates, and surgical margins. 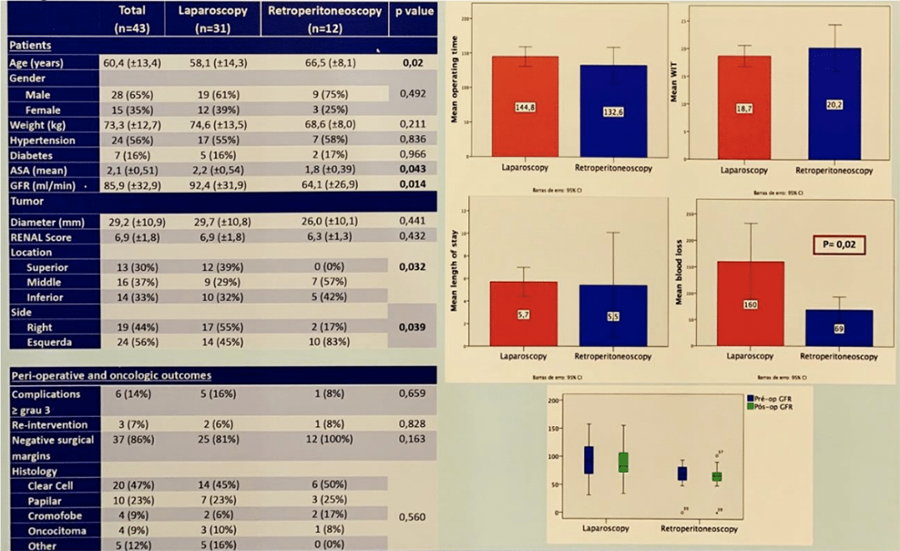 In conclusion, Dr. Silva-Ramos found that the retroperitoneal approach had lower estimated blood loss and was generally comparable to the laparoscopic approach in terms of perioperative results. Retroperitoneoscopic kidney surgery is a safe option for the treatment of posterior renal masses.