This website uses cookies to ensure you get the best experience on our website. Privacy Policy
Scottsdale, Arizona (UroToday.com) In this presentation the authors hypothesized that hypnotherapy and medication groups would differ in post-treatment brain activation during bladder filling and in brain resting functional connectivity (FC). The randomized control trial (RCT) recently showed a similar efficacy of hypnotherapy and medications for the treatment of urgency urinary incontinence (UUI).1

The results revealed that the main effect of time for the left TPJ was activation diminishing in both groups following treatment (p = 0.01). No therapy × time interaction remained significant after controlling for baseline differences voxel-wise FC analyses with the bladder partially filled showed a therapy × time interaction between the dACC and the left dlPFC, connectivity increasing post-treatment in the hyp compared to medications group. This difference remained significant after controlling for baseline connectivity (p<.001) (Figure). 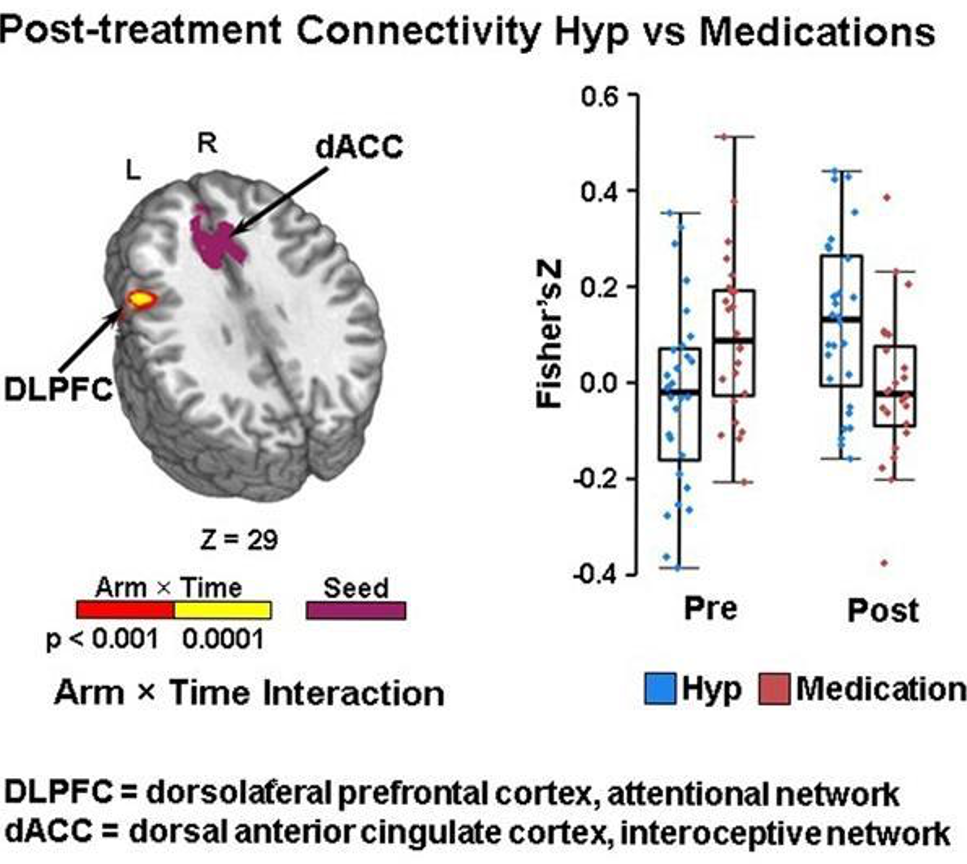 The authors at the end concluded that the improvement in UUI with both hypnotherapy and medication treatment was associated with decreased ventral “bottom-up” attentional network activation. Activation decreased after hypnotherapy in the absence of medication that could decrease bladder afferent stimuli to this network. Hypnotherapy, but not medication, was associated with increased resting FC between the interoceptive and dorsal, “top-down” attentional network. The latter interacts with the ventral network in the selection of endogenous stimuli that warrant a response. Findings suggest that effective treatment of UUI with hypnotherapy compared to medications may alter attentional activation by affecting top-down attentional control.