Scottsdale, AZ (UroToday.com) This group of researchers aimed to find whether urgency urinary incontinence (UUI) is impacted by the bacterial load found in women and if this correlates with severity. They begin by introducing the idea that women are twice as likely to be impacted with urgency urinary incontinence with increasing age. One –third of women suffer from the condition and the etiology is unclear. Others have introduced the idea of a microbiome as a contributor. The microbiome has been explained in the past. 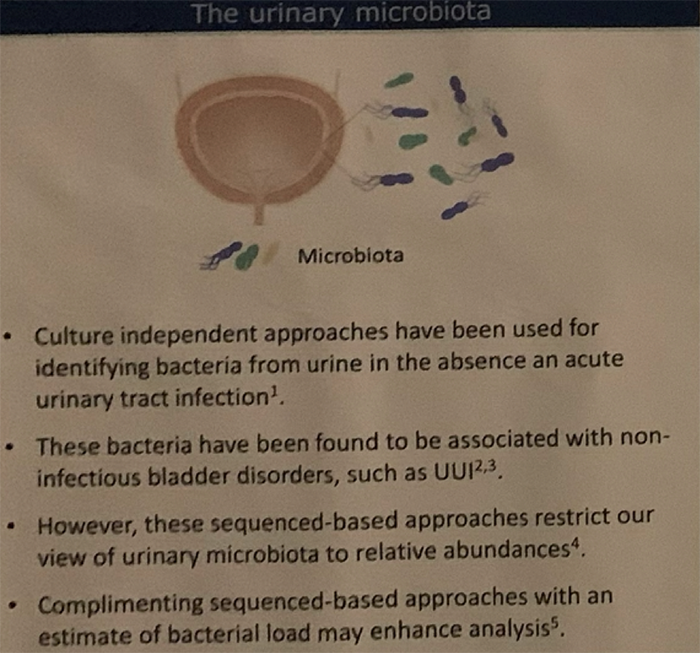 Their study is prospective in nature to compare the two groups of women with and without urgency urinary incontinence. They had 25 women with and 36 without urgency urinary incontinence between the ages of 45-85. The definition for UUI in the study is daily urinary leakage with urgency confirmed on a 3-day voiding diary. They excluded patients with known neurological conditions, active urinary tract infections, antibiotic use, and pelvic organ prolapse. The UUI severity is measure with questionnaires such as the UDI-6 short form, ICIQ-OAB urinary symptoms, and OAB-q.

The figure below explains how they estimated the bacterial load. 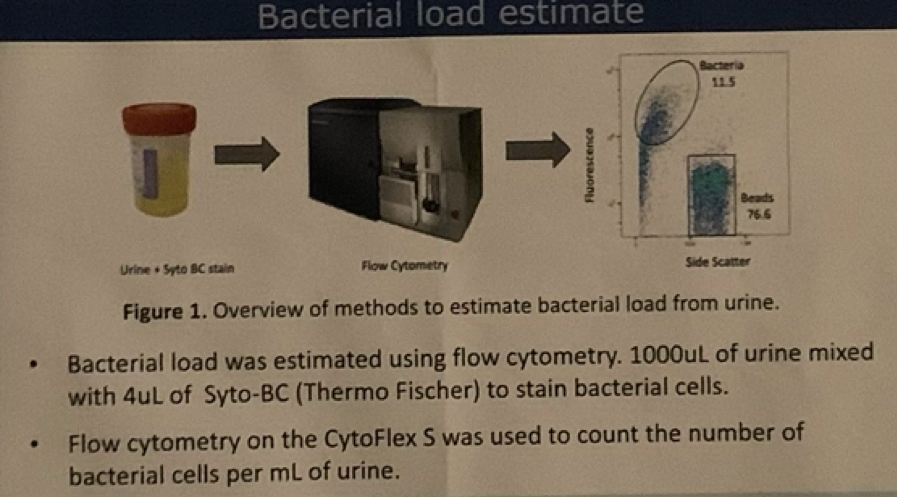 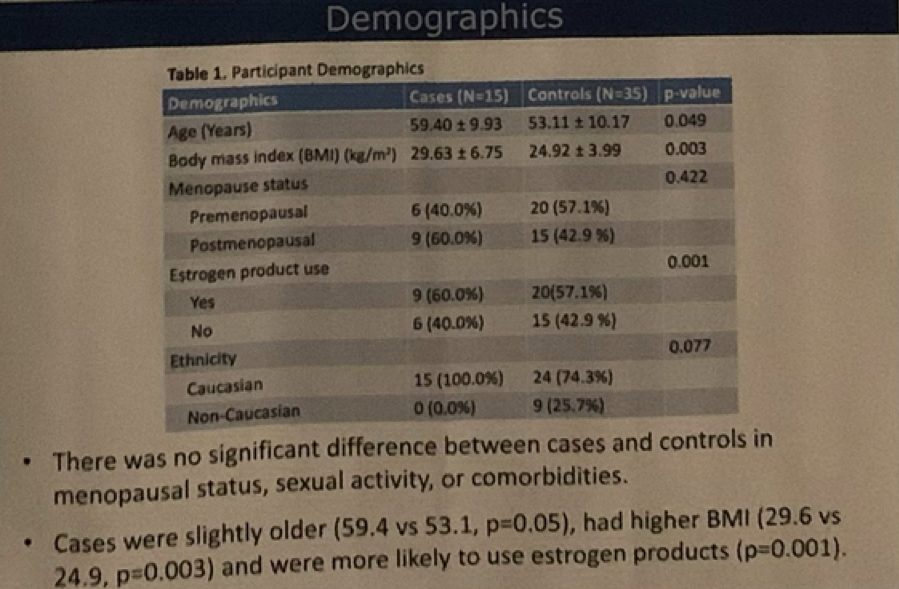 The findings show that bacterial load was more than double in women with UUI than without along with a negative correlation with the symptom severity. 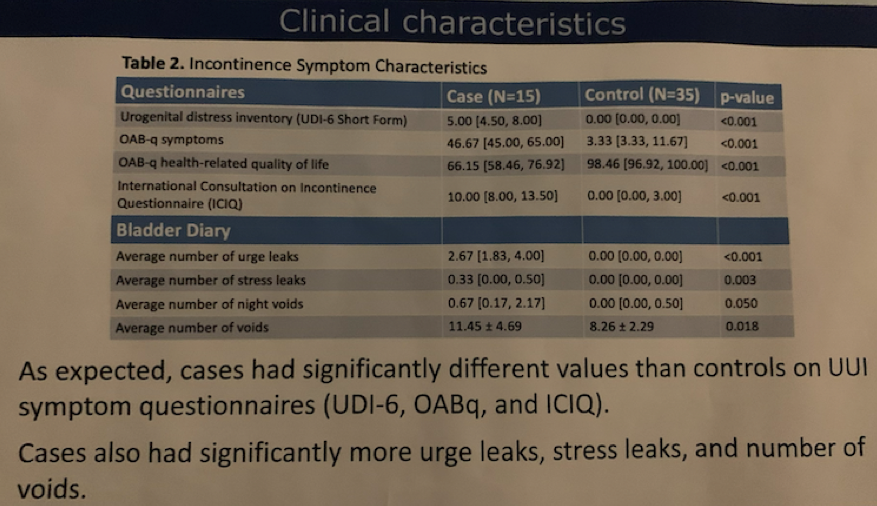 In conclusion, they found that a higher bacterial load was found in women with UUI and it was associated with less severe symptoms. They end with “This suggests that the bacterial load in women with UUI could represent a mix of both pathogenic and symbiotic bacteria and that symptom severity is dependent on the proportion between these two rather than overall abundance.”