Indeed, appropriate staging of the inguinal lymph nodes is crucial to management. Dynamic sentinel biopsy is one option but has a high false-negative rate outside of high-volume centers. The National Comprehensive Cancer Network (NCCN) guidelines suggest that 20 procedures performed annually should be the baseline, with a steep learning curve of ~30-50 cases. Comparatively, inguinal lymph node dissection has a low false-negative rate, but is oncologically safe, is more accessible (technically non-challenging in all healthcare settings), and may be done with endoscopic or robot-assisted approaches. However, there is a high complication rate and potentially debilitating lymphedema. 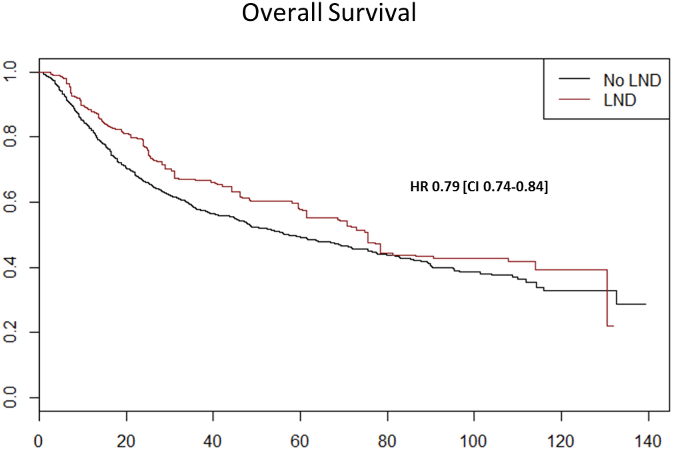 Dr. Albersen highlighted that it is important to limit complications (wound dehiscence, lymphedema) of inguinal lymph node dissection. There are several ways to do this, including (i) only doing a superficial dissection, (ii) using a modified approach, (iii) preservation of Scarpa’s fascia, (iv) preservation of the saphenous vein, (v) preservation of fascia lata, (vi) reducing skeletonization of vessels, and (vii) reducing the incisional length. Arguably, most importantly, this includes the utilization of video endoscopic inguinal lymphadenectomy and robotic-assisted video endoscopic inguinal lymphadenectomy. As follows is a summary of the reports using both of these approaches, highlighting the lymph node yield and complication rates:

Additional population-level studies also highlight the importance of doing an inguinal lymphadenectomy. Data from Joshi and colleagues looking at 1,123 patients with lymph node-positive disease in the National Cancer Database from 2004-2014 showed that the use of systemic chemotherapy has significantly increased from 38.2% to 47.8%.2 However, in this study, on multivariable analysis, inguinal lymph node dissection was associated with better overall survival (HR 0.64, 95% CI 0.52-0.78) while neither chemotherapy nor radiotherapy was associated with an improvement in overall survival: 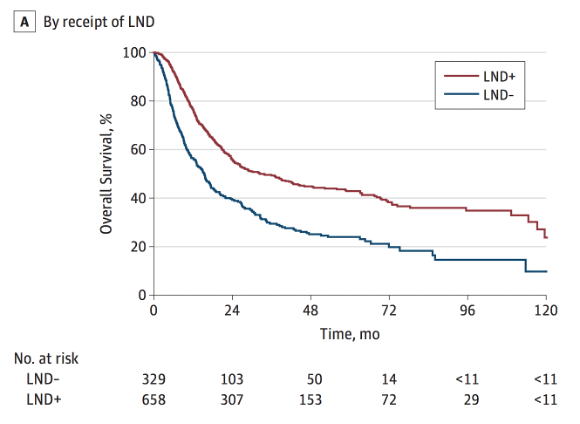 Dr. Albersen concluded his presentation with the following take-home messages: