(UroToday.com) On Sunday, September 11, 2022, in Presidential Symposium II at the European Society for Medical Oncology (ESMO) Annual Congress, Dr. Motzer presented highly awaited results from the CheckMate 914 trial, examining the role of adjuvant nivolumab and ipilimumab in patients treated with nephrectomy for localized renal cell carcinoma (RCC) at a high risk of relapse.

Immunotherapy has become the standard treatment approach in patients with metastatic RCC, with the combination of nivolumab and ipilimumab the first combination regime to show survival benefit as first-lien therapy. This treatment approach was therefore tested in the adjuvant setting in the CheckMate 914 trial (NCT03138512).

The authors enrolled patients following radical or partial nephrectomy with negative surgical margins > 4 and ≤ 12 weeks before randomization. They had to have predominant clear cell histology; pathological TNM stage T2a (grade [G] 3 or 4) N0M0, T2b (any G) N0M0, T3 (any G) N0M0, T4 (any G) N0M0, or any T (any G) N1M0; and no clinical/radiological evidence of residual disease or distant metastases. In this presentation, Dr. Motzer focused on part A of the trial. Thus, included patients were randomized 1:1 to nivolumab and ipilimumab or placebo. Randomized was stratified according to a number of factors including TNM stage and type of nephrectomy. 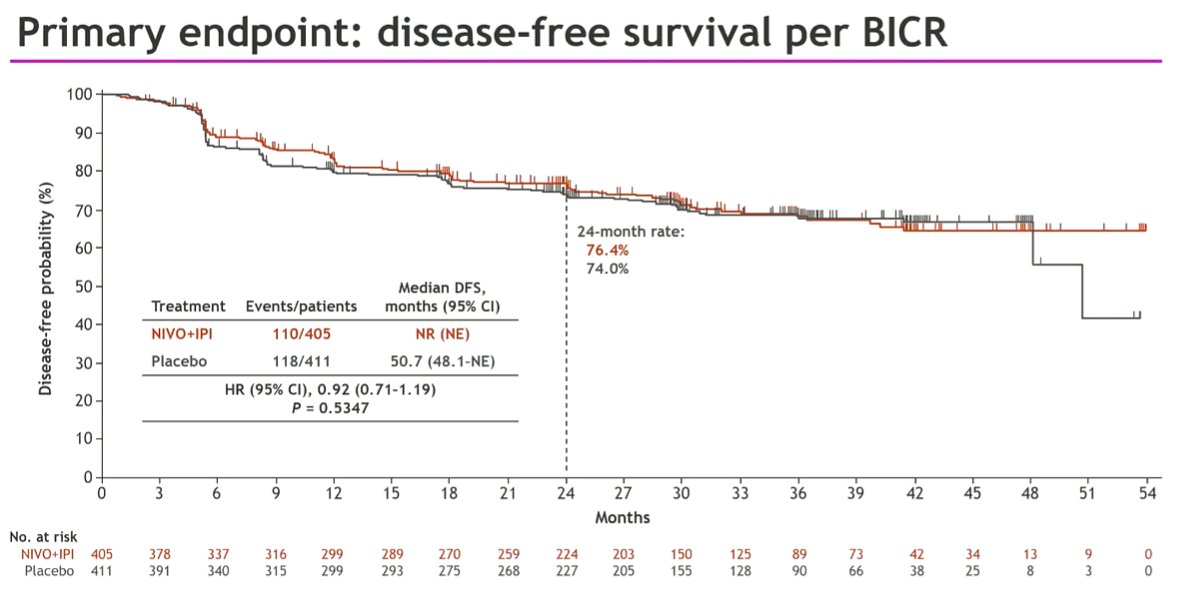 Subgroup analyses generally showed consistent results. However, Dr. Motzer made particular note of potential differences in effect due to disease risk per TNM staging and according to the presence of sarcomatoid features. 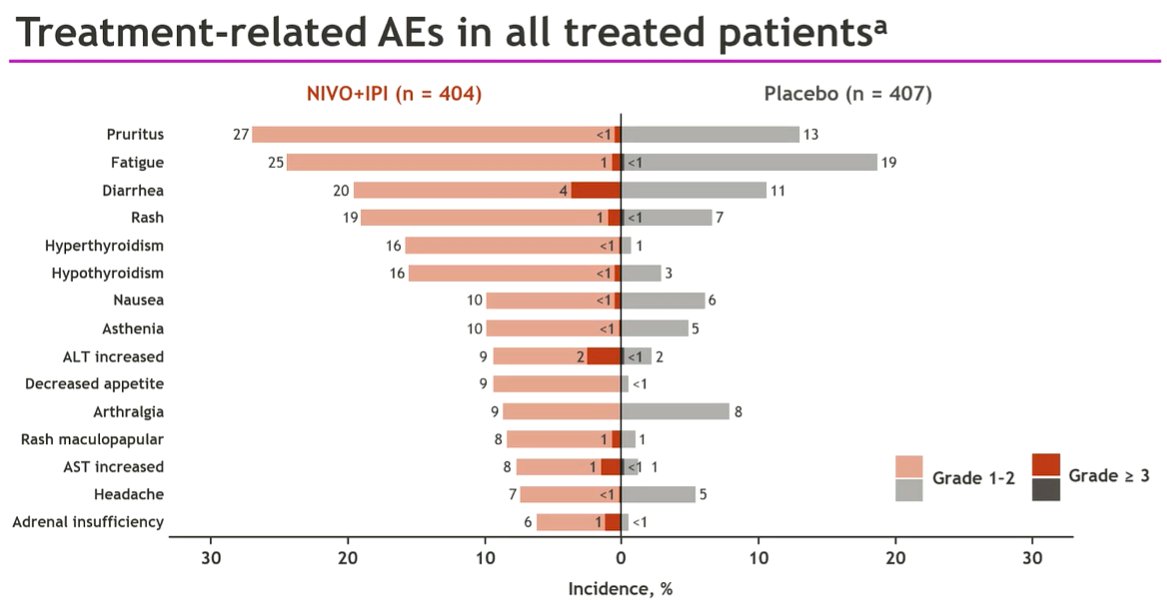 Thus, Dr. Motzer concluded that the CheckMate 914 trial of nivolumab and ipilimumab vs placebo as adjuvant therapy in patients with localized RCC at high risk of relapse after nephrectomy did not meet the primary endpoint of DFS. While the safety profile was consistent with its known profile in advanced RCC, the rate of discontinuation due to treatment-related AEs was higher with adjuvant nivolumab and ipilimumab in this trial.