The analysis included adult men with ≥1 prostate cancer claim who initiated ADT (index date) ≤90 days prior to or any time after a metastasis diagnosis. First-line treatment was grouped in 4 categories: ADT only, ADT + nonsteroidal antiandrogen (≥90-day use), ADT + docetaxel, and ADT + novel hormonal therapy. The first-line treatment distributions were described over time by metastatic site and by patient age (<75 years versus ≥75 years) at index date. Kaplan-Meier curves and Cox (unadjusted) models were used to describe OS among patients with visceral metastasis and by age at treatment initiation. 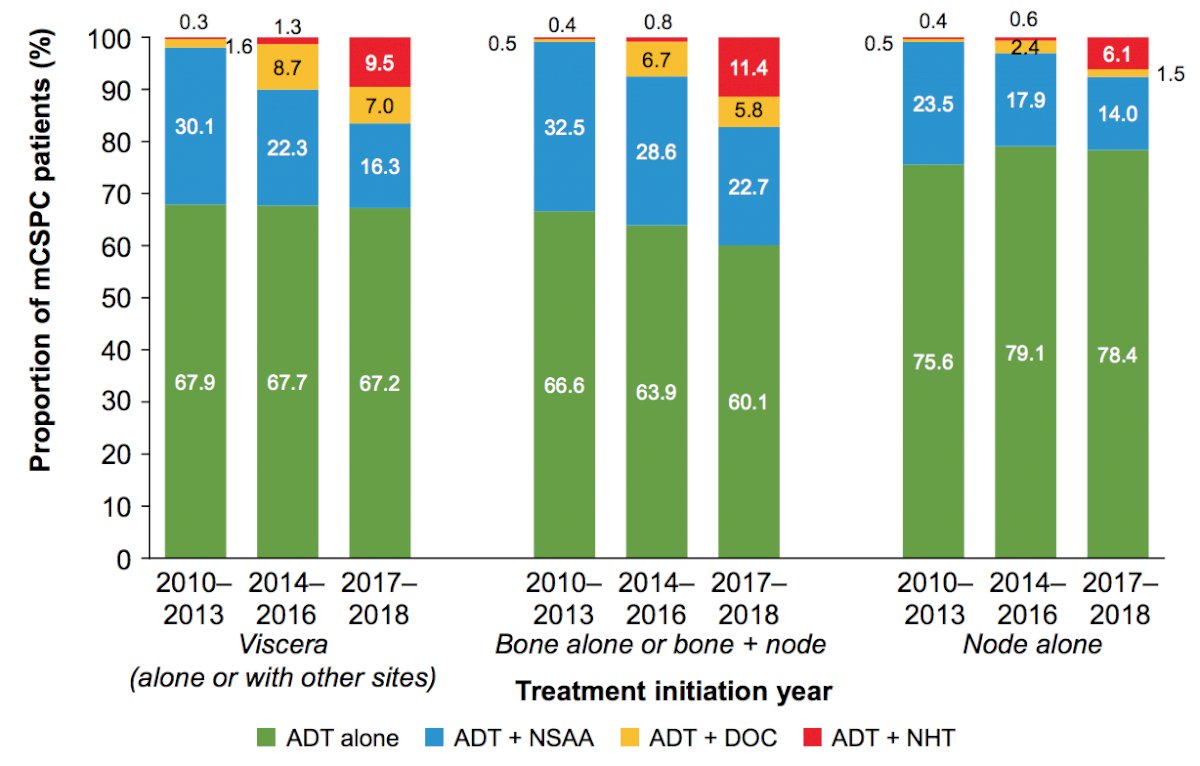 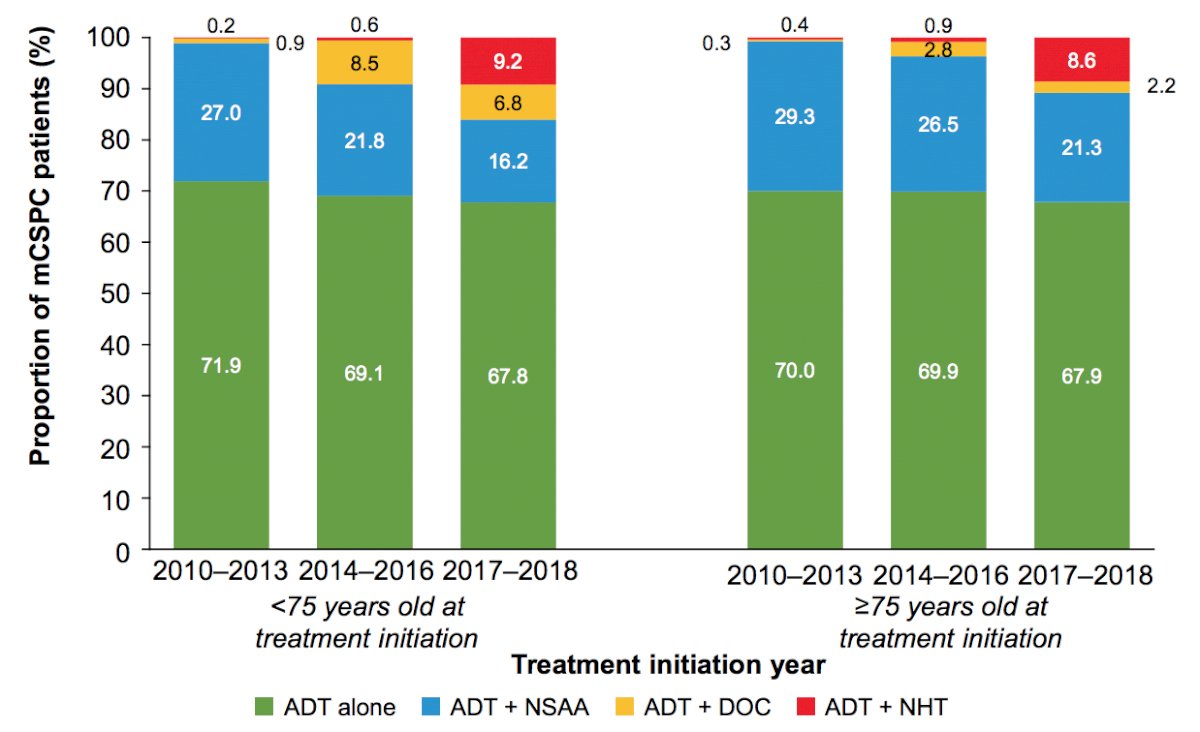 For both age groups (<75 and ≥75 years old at treatment initiation), OS improved in 2014-2016 and 2017-2018 after the emergence of docetaxel and novel hormonal therapy as life-prolonging treatments.

Dr. George concluded his presentation with the following take-home messages: