(UroToday.com) The European Society of Medical Oncology (ESMO) 2021 annual meeting’s non-prostate cancer session included a presentation by Dr. Rustem Gafanov discussing results of subsequent therapy in KEYNOTE-426 for patients treated with pembrolizumab + axitinib or sunitinib for advanced RCC. First-line combination treatment of an anti-PD-1/PD-L1 with a VEGFR inhibitor is considered standard of care for advanced clear cell RCC. In the phase III KEYNOTE-426 study, pembrolizumab + axitinib showed significant improvement in overall survival (OS), progression-free survival (PFS), and objective response rate (ORR) vs sunitinib in patients with RCC.1 OS results could be impacted by subsequent treatment following study discontinuation and outcomes from second-line treatment could also be affected by the initial immunotherapy used. At the ESMO 2021 congress, Dr. Gafanov and colleagues presented results of subsequent treatment in patients enrolled in KEYNOTE-426.

Treatment-naive patients with clear cell RCC, KPS score ≥70%, and measurable disease (RECIST v1.1) were randomly assigned 1:1 to receive pembrolizumab 200 mg IV every 3 weeks for up to 35 doses + axitinib 5 mg orally twice daily or sunitinib 50 mg once daily (4 weeks on/2 weeks off) until progression, toxicity, or withdrawal. Type of and time to subsequent therapy were assessed. The trial schema for KEYNOTE-426 is as follows: 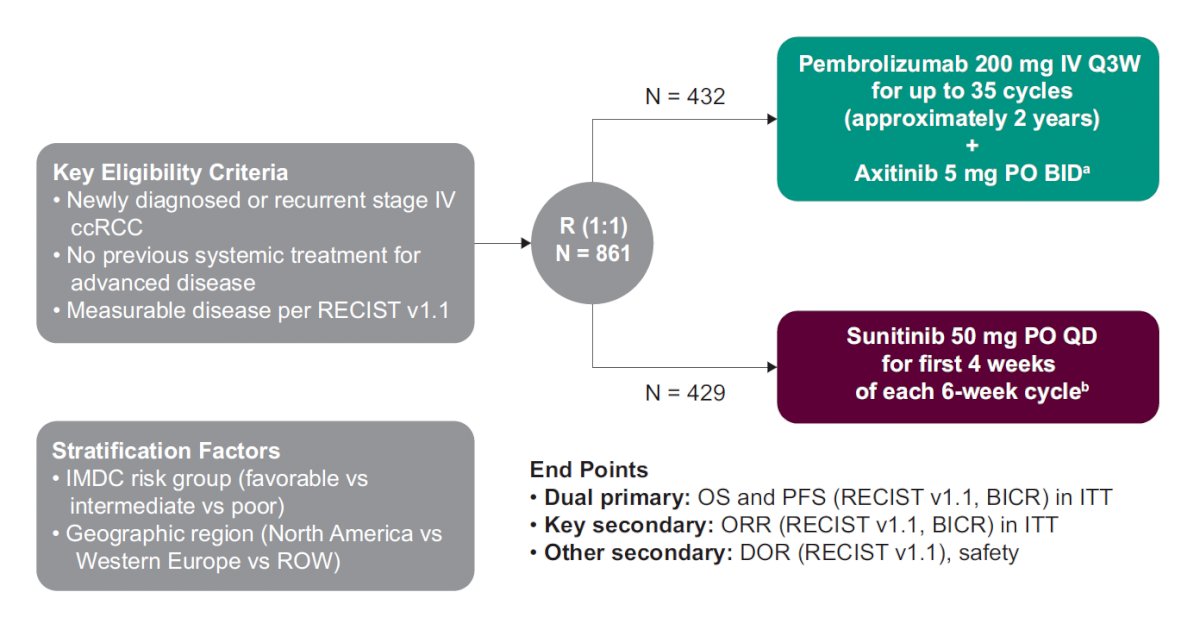 Of patients in the pembrolizumab + axitinib arm and in the sunitinib arm, 81.4% (349/432) and 90.6% of patients (385/429), respectively, discontinued treatment. Radiologic or clinical progressive disease was the most common reason for discontinuation in both treatment arms (pembrolizumab + axitinib: 65.0%; sunitinib: 68.1%). Over a median follow-up of 42.8 months (range: 35.6-50.6), the disposition of the patients in the trial is as follows: 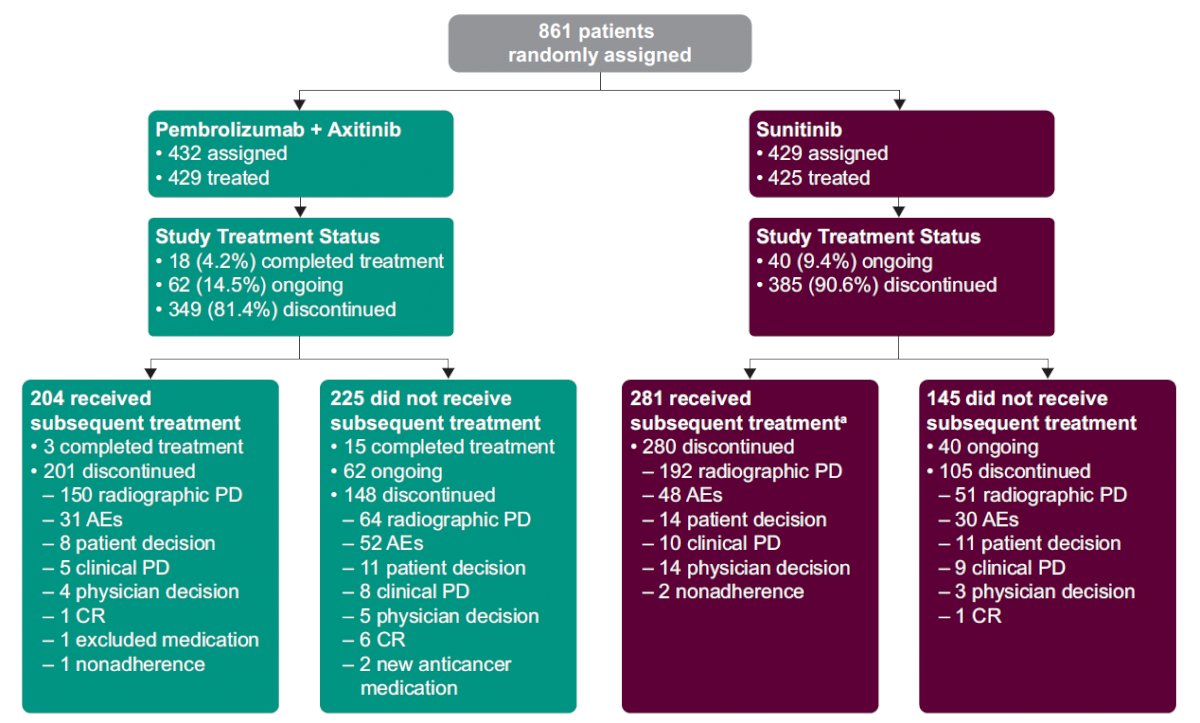 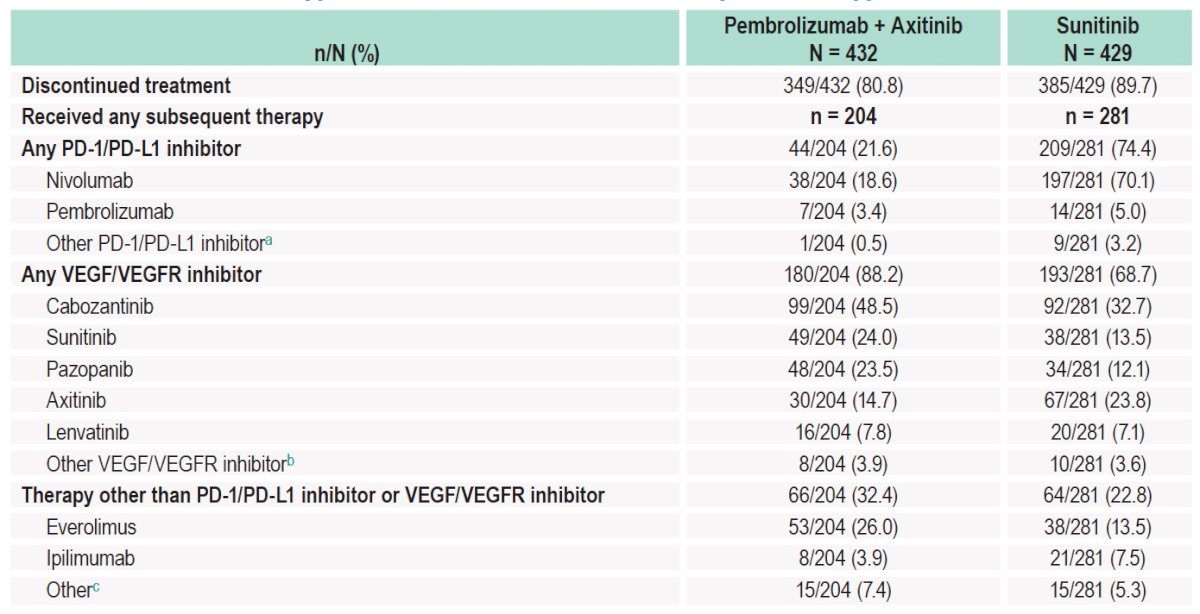 Dr. Gafanov concluded his presentation of subsequent therapies in the KEYNOTE-426 trial with the following summary statements: