The APACHE study enrolled patients who had failed two prior chemotherapy regimens for metastatic GCT. Patients on Arm A received Durva monotherapy and patients on Arm B received Durva + with Treme for 4 cycles, followed by Durva alone. The primary study endpoint is the modified objective response-rate (ORR) as measured by RECIST 1.1 complete or partial response (PR) or stable disease (SD) with a reduction of serum tumor markers (STMs) of greater than 10%. 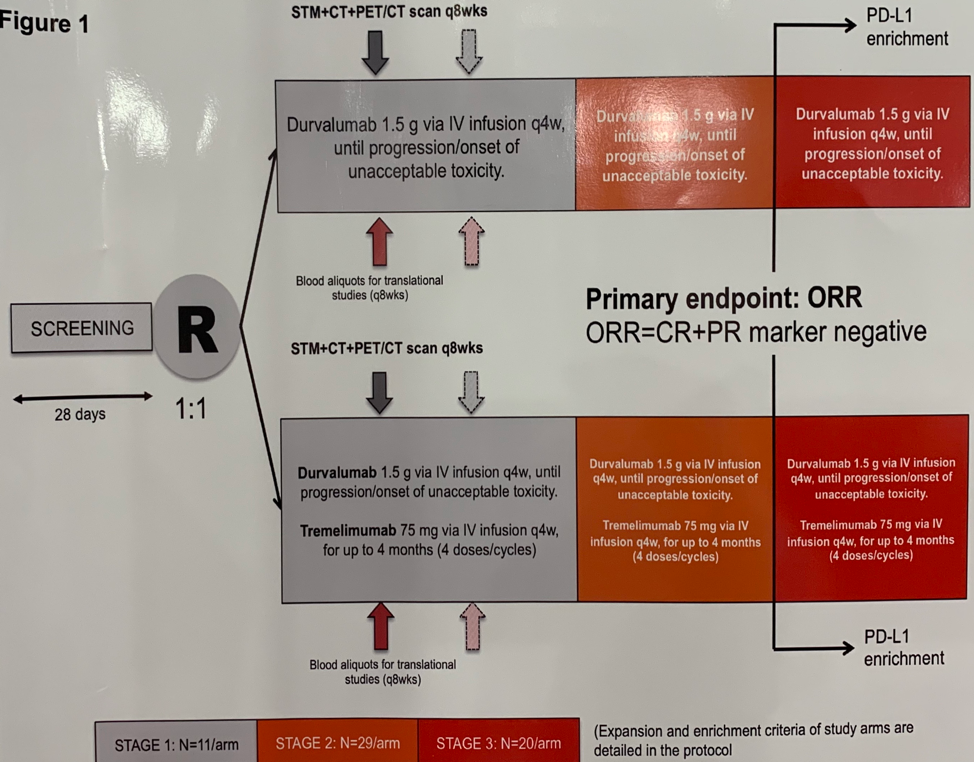 At the time of data cutoff, 31 patients were enrolled in the study, 11 to arm A and 20 to arm B. The median age of patients was 35; 24 had gonadal and 20 had extragonadal GCTs. 3 patients had seminoma and the remaining 28 had non-seminomatous GCTs. The median tumor mutational burden (TMB) in the study cohort was 4 mutations per megabase. Only 1 patient showed microsatellite instability who was treated on Arm A. In the expanded cohort treated on Arm B with combination Durva + Treme therapy, there were two responses, resulting in an ORR of 11%. One patient with a seminoma experienced a PR and one patient had SD with reduction in STMs. Two additional patients had stable disease. There was no correlation of PD-L1 or TMB with response to Durva + Treme. 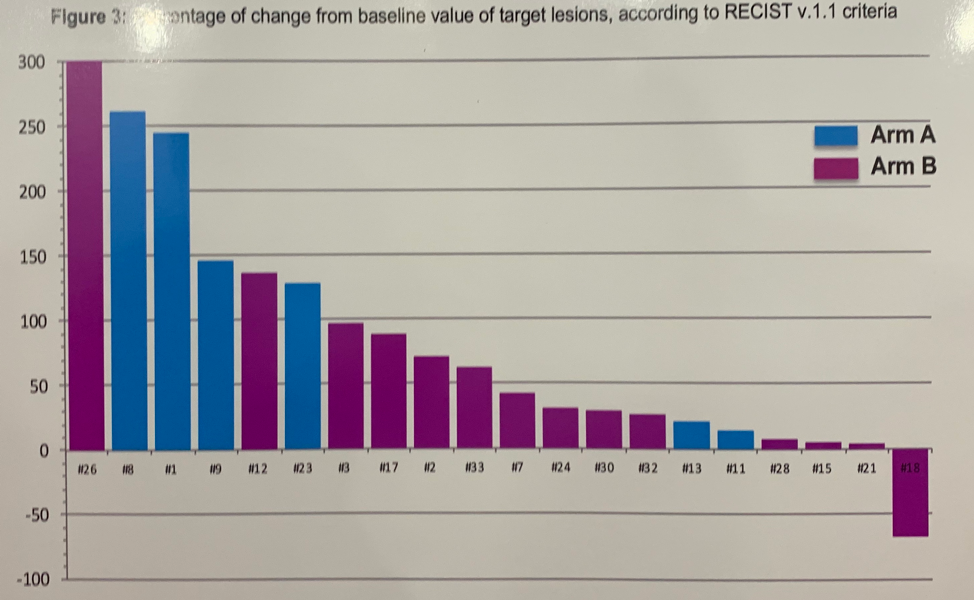 One patient with pure seminoma had an outstanding response to Durva + Treme. After two cycles of therapy there was a significant reduction in tumor burden. Tumor analysis revealed PD-L1 negative, microsatellite stable, and low TMB. 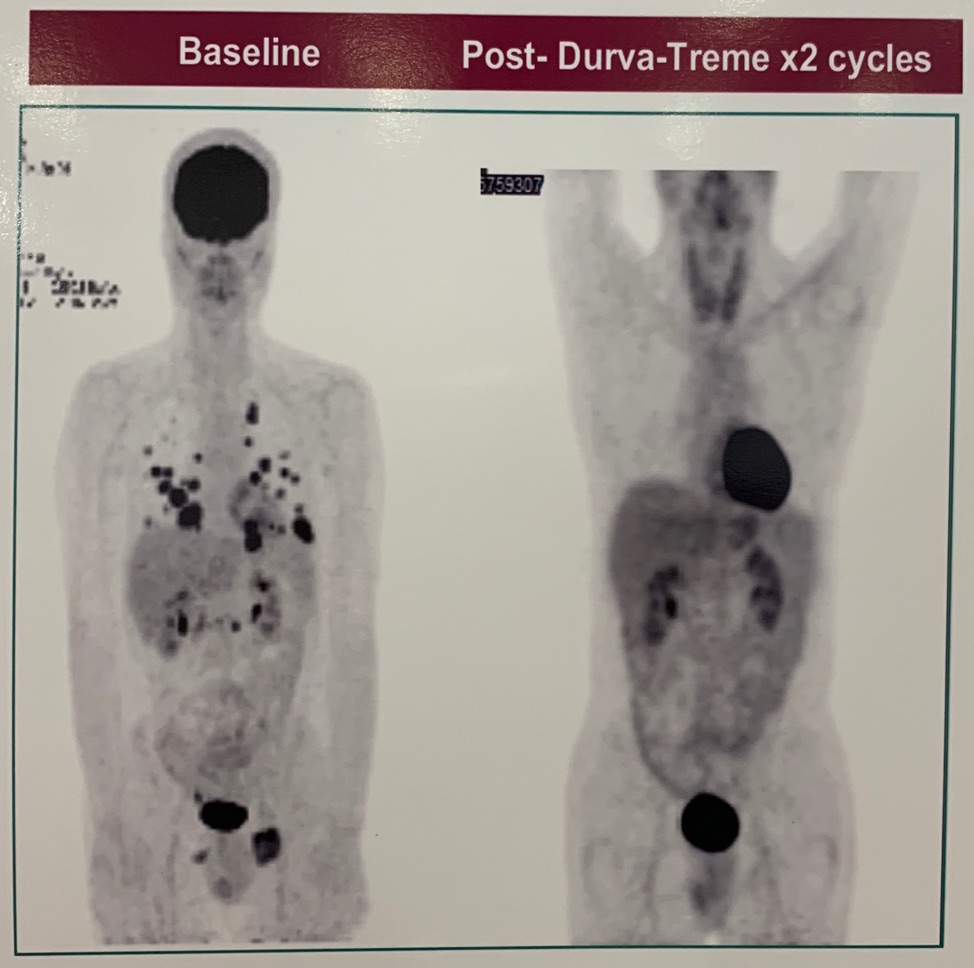 In conclusion, the APACHE study found that patients with refractory GCT do not respond to Durvalumab monotherapy while Durvalumab plus Temelimumab has limited activity. The combination therapy resulted in few objective responses, though a small percent of patients were alive after more than a year of starting treatment suggesting a possible long-term benefit in select patients. Conventional biomarkers did not allow for patient selection, thus further research is needed to identify patients who will benefit from combination immunotherapy.