The full study design, with excluded patients, is as follows:

The analysis used Cox regression models, adjusted for all stratification factors, with emphasis on restricted mean survival time if hazards were non-proportional. Retrospectively-collected imaging data, blinded to trial arm, was used to categorize patients as having a low- or high-burden disease. 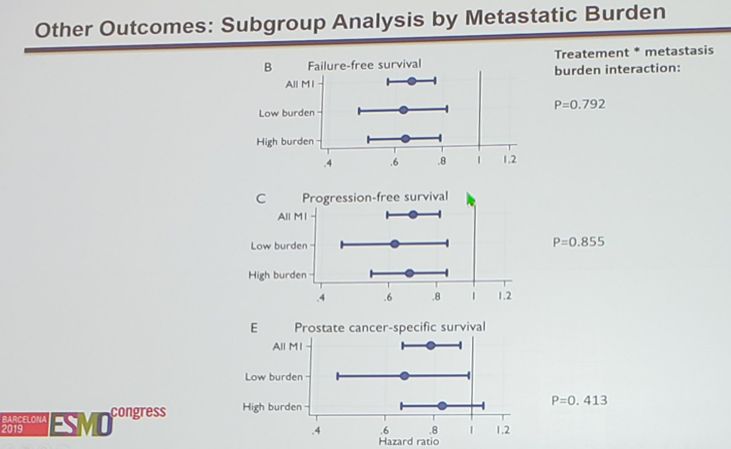