Barcelona, Spain (UroToday.com) ADAPTeR (NCT02446860) is the first prospective study evaluating the role of anti-PD1 agents in the neoadjuvant setting prior to cytoreductive nephrectomy in treatment-naïve patients with metastatic renal cell carcinoma (mRCC). The primary endpoint of this study was safety with secondary endpoints of objective response rate (ORR), progression-free survival (PFS), and overall survival (OS). An additional exploratory endpoint was multi-omic analyses to resolve spatial heterogeneity and temporal dynamics in putative biomarkers of response to anti-PD1 blockade.

Eligible patients had mRCC with predominantly clear cell component and measurable disease who had not received any prior systemic therapy. Patients were administered four cycles of nivolumab prior to nephrectomy and continued nivolumab after surgery until progression or excessive toxicity. Notably, multi-region tumor sampling was performed prior to initiation of nivolumab, at nephrectomy, and at disease progression. 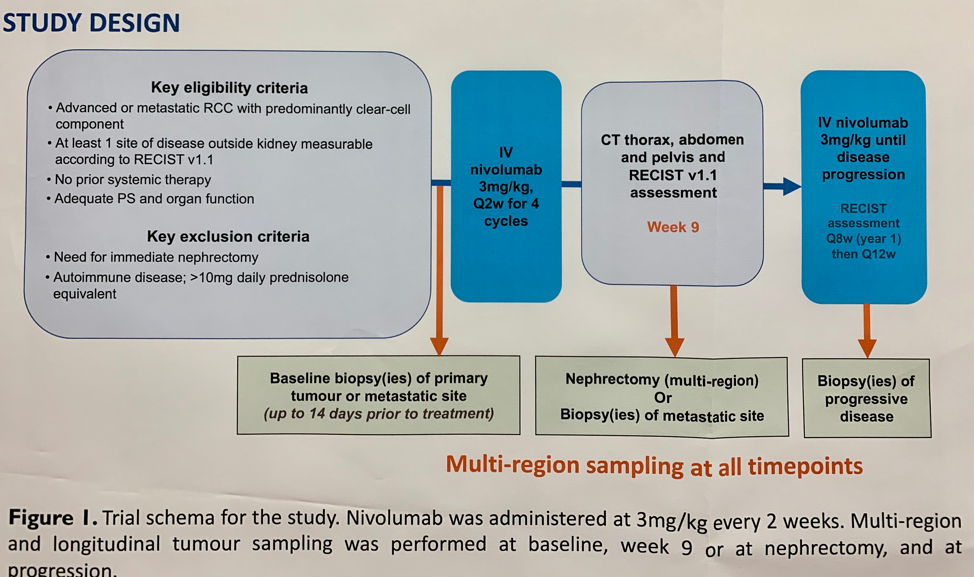 Fifteen patients received treatment on this protocol; median age was 56 and 87% of patients were male. With a median follow-up of 12.5 months, the median number of treatment cycles received was 7 (range: 4-29). The most common reason for discontinuation was due to progressive disease (66%). Grade 3/4 treatment-related adverse events (TEAEs) occurred in 26% of patients. Regarding secondary endpoints, median PFS was 4.1 months, median OS was 17.5 months, and the ORR was 27%. Progressive disease was seen as the best objective response in 27% who were thus no longer considered candidates for nephrectomy.

RNA sequencing was performed on 30 tumor samples procured at baseline. The investigators used a previously-reported immune signature to characterize tumors as “hot” (immune infiltrated) or “cold” (immune non-infiltrated).1 Heterogeneous immune expression was demonstrated, exemplified by patient ARD005 (highlighted in green below), where 4 samples were “cold” (2 from primary tumor and 2 from pleural biopsies), and 1 sample from the primary tumor was “hot”. 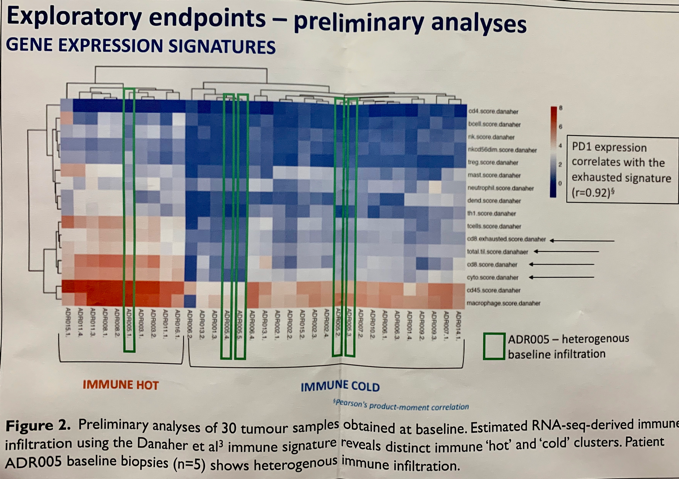 The investigators then evaluated the association between immune infiltration status at baseline and response to nivolumab finding that “hot” tumors appeared more likely to respond and derive clinical benefit for > 6 months than “cold” tumors. 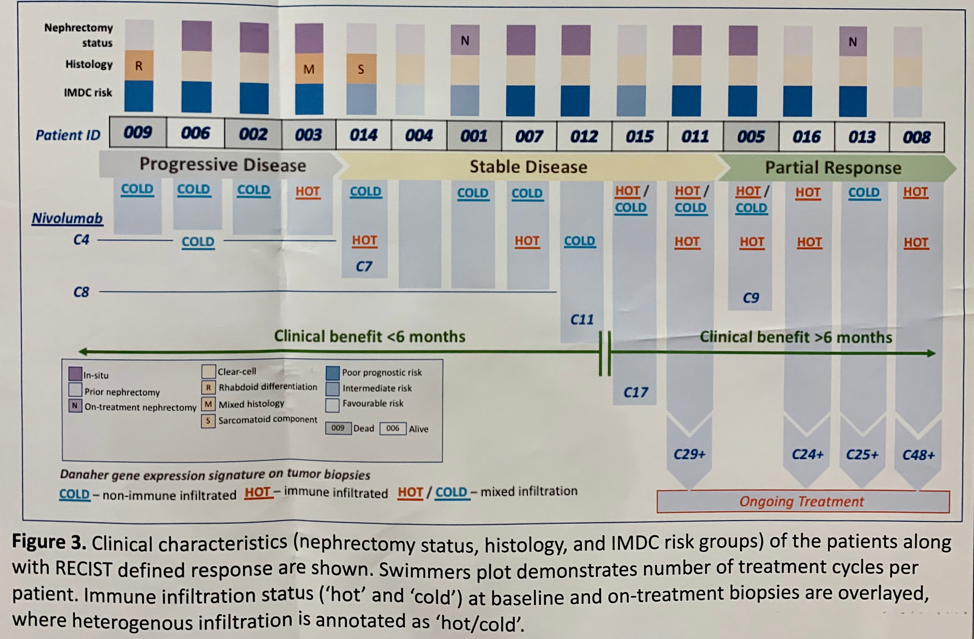 Analysis of T-cell repertoire dynamics and infiltration patterns, as well as genomics to evaluated mutations and the neoantigen landscape, are ongoing.