Eligible patients had intermediate or high risk resected RCC as determined by a Leibovich score of 3-11.1 1,711 patients were randomized 2:3:3 to placebo (Arm A), 1 year of sorafenib followed by 2 years of placebo (Arm B), or 3 years of sorafenib (Arm C). Of note, the initial statistical plan was to compare at least one year of treatment vs placebo (Arm A vs Arm B+C), however when the results of the ASSURE and S-TRAC trials were published, the primary analysis plan was revised to compare three years of sorafenib (Arm C) to placebo (Arm A) to focus on the question of longer exposure. In the initial design, the starting dose of sorafenib was 400 mg twice daily. Given high rates of early withdrawal from treatment due to treatment-emergent adverse events (TEAEs), the starting dose was reduced to 400 mg daily for the first 3 weeks with dose adjustments as required (shown below). The primary endpoints were DFS and OS in the intention-to-treat population. 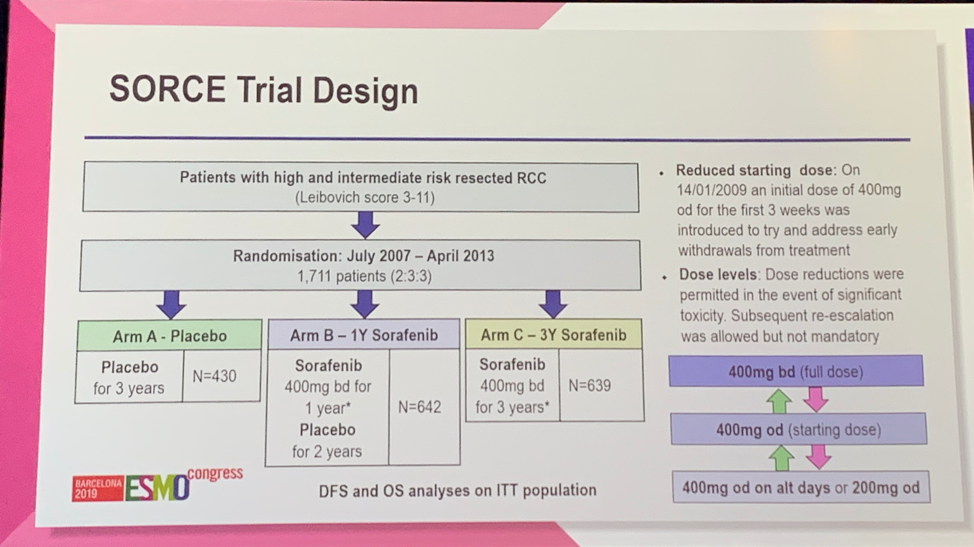 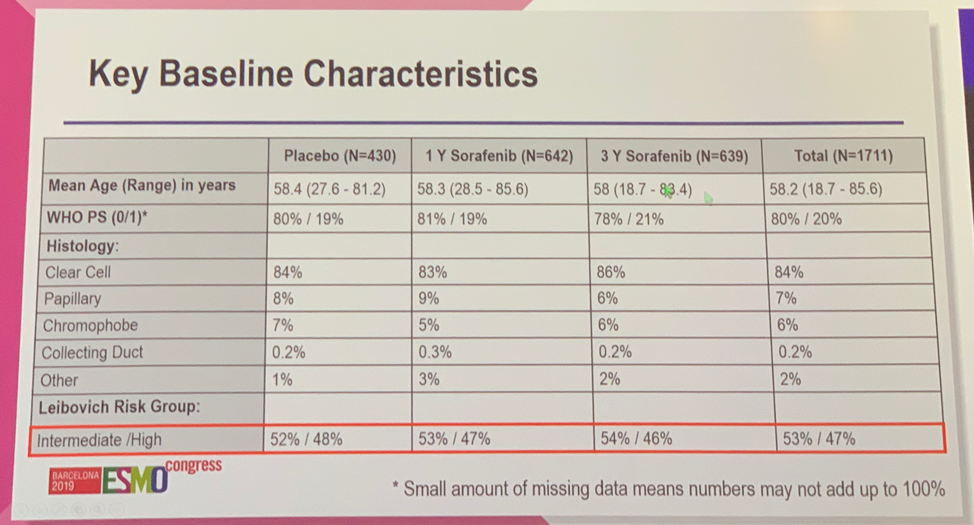 The most common TEAE among patients receiving sorafenib was hand-foot skin reaction, which occurred in 77-79% of patients with 24% of patients experiencing grade 3 severity. Hypertension was another commonly observed TEAE, however, this was seen in patients receiving placebo as well, though rates were not as high as those on the experimental arm. 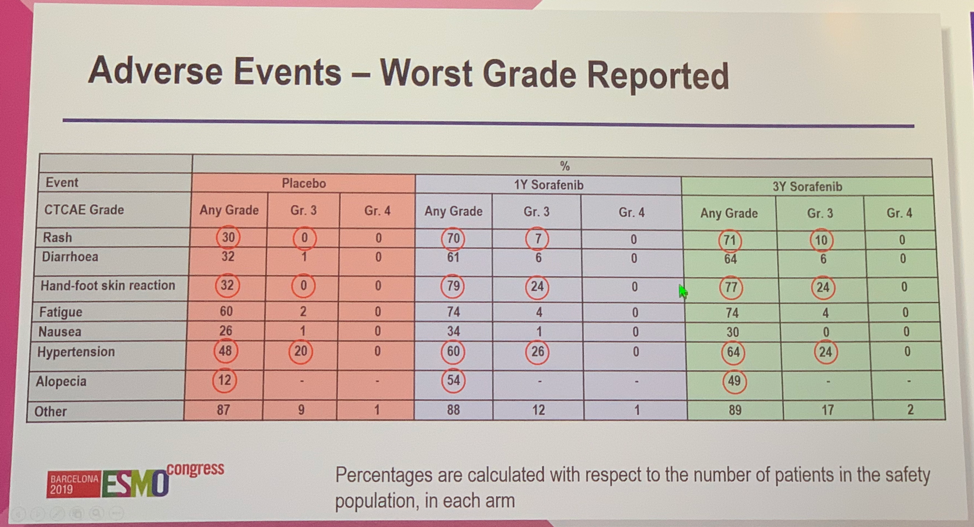