She began by emphasizing what we currently know about the genetic and molecular landscape of chromophobe RCC. This tumor is associated with a number of familial syndromes including Birt-Hogg-Dube and tuberous sclerosis. These tumors arise, unlike clear cell RCCs, from intercalated cells of the kidney. Further, histologically, chromophobe RCCs are filled with abnormal mitochondria containing a high rate of mitochondrial mutations, including ND4. Genetically, there is loss of one copy of chromosomes 1, 2, 6, 10, 13, and 17 with few identified driver mutations.

In terms of clinical behaviour, while few chromophobe RCCs metastasize (~5%), there are limited treatment options available for those that do. As these are immunologically cold tumors, response to immunotherapy is relatively poor as is response to both tyrosine kinase inhibitors (such as sunitinib) and mTOR inhibitors (such as everolimus).

Thus, Dr. Henske emphasized the need to better understand the biology of chromophobe RCC to lead to novel therapeutics. One of the “striking” observations regarding these tumors is the upregulation of glutathione. Comparing between tumor and adjacent normal tissue across a variety of histologic subtypes, this was notably distinct in this subset of RCC. When confirmed in an independent validation, glutathione levels were 54 to 115-fold higher in chromophobe RCC than in adjacent non-tumor tissue.

Mechanistically, cysteine is the rate-limiting step for glutathione synthesis. Thus, Dr. Henske described two potential scenarios if cysteine uptake were to be inhibited: the tumors may have an intrinsic resistance given that the pre-existing levels of glutathione exist intra-tumorally or they may be intrinsically sensitive as they have a high requirement for cysteine to maintain high levels of glutathione.

Indeed, it was the second of these that was confirmed in in vitro assays: when compared to ccRCC derived cell lines, chromophobe cell lines were much more sensitive to cysteine starvation, despite high levels of glutathione: while complete starvation inhibited growth of both cell lines, ccRCC derived lines were able to grow in low concentrations that inhibited growth of the chromophobe lines. 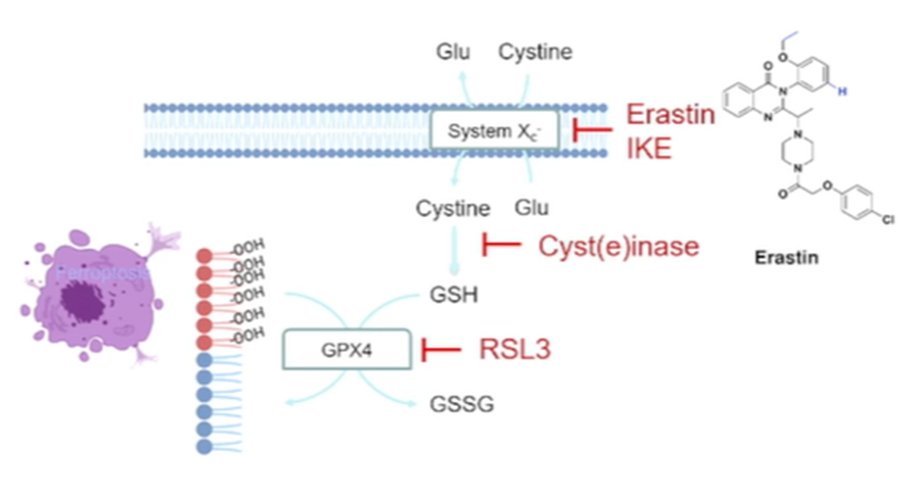 Using cyst(e)inase in in vitro assays, Dr. Henske along with Dr Zhang demonstrated that chromphobe RCCs are much more sensitive than ccRCC to inhibition of cysteine uptake. Moving forward, they showed that in mice models, use of imidazole ketone erastin was able to inhibit in vivo growth of chromophobe tumors.

Thus, she concluded that chromophobe RCC is hypersensitive to cysteine deprivation. This has potential links to mitochondrial defects and oxidative stress and may offer novel therapeutic opportunities.