In this cohort study of men with mCRPC treated with androgen receptor targeted agents in 2015-2019 from the Patient-overview Prostate Cancer (PPC), a part of The National Prostate Cancer Register (NPCR) of Sweden, time on treatment was assessed by use of data in PPC and assessed by Kaplan-Meier plots and Cox regression. To assess representativity of PPC, a comparison was made with all men in NPCR, which captures all prostate cancer cases in Sweden, who filled a prescription for androgen receptor targeted agents in the Prescribed Drug Registry.

Men in PPC were older and had more comorbidities and a poorer performance status than in randomized controlled trials: 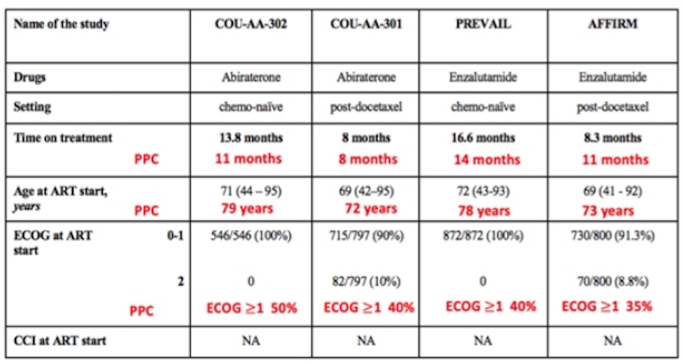 Dr. Fallara concluded this presentation with the following take-home messages: