(UroToday.com) The treatment for metastatic hormone-sensitive prostate cancer plenary session at the European Association of Urology 2021 Meeting included a presentation by Dr. Tobias Maurer discussing the role of imaging-guided surgical treatment for recurrent metastatic hormone sensitive prostate cancer (mHSPC). Dr. Maurer started his presentation by emphasizing that the most recent EAU guidelines do not favor salvage lymph node dissection, given the lack of high-level evidence for oncological efficacy. 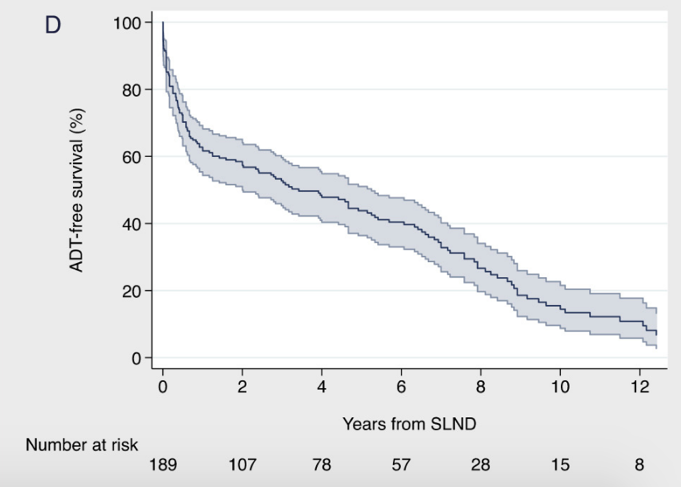 Discussing unpublished data from Knipper et al., Dr. Maurer highlighted that between 2014 and 2020, there were 377 patients that had a PSMA PET based salvage lymph node dissection with 53.6% of men having a PSA <0.2 ng/mL after salvage surgery. On multivariable analysis, having one PSMA PET/CT lesion on imaging was significantly associated with biochemical recurrence-free survival after surgery: 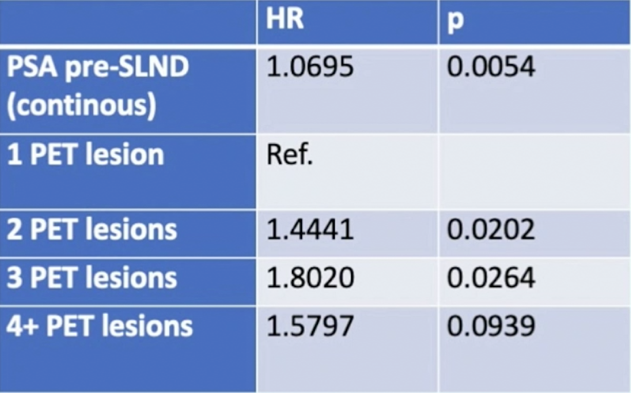 Ultimately, Dr. Maurer emphasizes that what is need in the salvage lymph node dissection disease space is additional studies and registries. As follows is a summary of ongoing trials in the biochemical recurrent setting: