(UroToday.com) Dr. William Marston Linehan provides a lecture on the discovery, mechanism, and treatment paradigm for VHL kidney cancer as the invited Society of Urologic Oncology (SUO) lecturer at the European Association of Urology.

Dr. Linehan began this session with a talk focusing on the genetic basis of kidney cancer, including the implications for diagnosis and management. He emphasized that, while we initially thought of and treated all kidney tumors as the same, now we understand that kidney cancer represents a number of genetic and phenotypically diverse tumors all of which occur in the kidney.

He began with their early experience with understanding the genetic basis of VHL at the National Cancer Institute (NCI). They began by focusing on patients with sporadic non-familial renal cell carcinoma. In 1987 (Zbar et al. Nature), they discovered that a loss of alleles on the short arm of chromosome 3 was associated with RCC – and thus began the VHL story. However, the human genome hadn’t yet been described so it wasn’t clear which genes may be involved.

While our understanding of these diseases has come from a study of patients with hereditary diseases, the conclusions are applicable to those with sporadic disease and have helped shape treatment for all patients with kidney cancer.

VHL disease, in addition to being characterized with renal tumors, is also associated with tumors of the adrenal gland, pancreas, brain or spine, eyes, and inner ears. Renal tumors tend to be bilateral, multifocal.

At the NCI, more than 1100 patients from more than 400 families with VHL have been evaluated and treated. This large exposure has helped to not just refine our understanding of the underlying biology, but also appropriate clinical decision making.

They have been aggressive with their surgical approach, initially with open approach and now with robotic approach. They routinely perform repeat partial nephrectomies (often for multiple tumors) to maximize surgical resection of these lesions.

Dr. Linehan emphasized that they have come to recommend active surveillance with a “3cm rule” where surgical intervention is recommended once the largest tumor reaches 3cm in maximal diameter. At the time of surgery, a nephron-sparing approach with tumor enucleation is advocated. He emphasized that, as of May 22, 2021, no patients with familial VHL have developed metastatic disease when managed this way. From a technical perspective, he highlighted that most patients are now managed with robotic-assisted partial nephrectomy with enucleation at level of pseudo capsule, sparing parenchyma.

He did note that the 3 cm rule doesn’t apply for all familial syndromes of RCC. 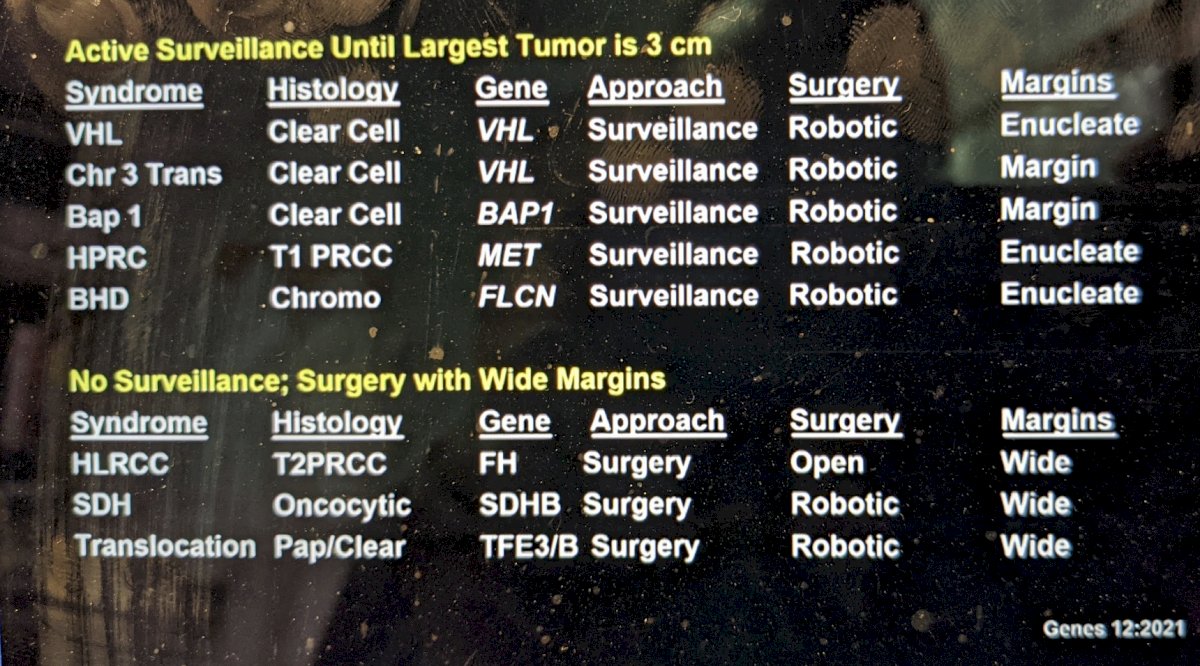 Moving back to their work understanding the underlying pathogenesis of VHL-associated ccRCC, Dr. Linehan utilized linkage analysis leading to the identification of the VHL gene in the spring of 1993.

Further work then sought to understand the function of the VHL gene. This understanding of the mechanism helps to guide the development of therapy for these patients.

VHL forms a complex to target HIF for ubiquitin-mediated degradation in an oxygen sensitive fashion: under normoxia, ubiquitination of HIF-α leads to its degradation. This fails in hypoxia and HIF-α accumulations. HIF is a transcription factor which drives transcription for VEGF, Glut-1, PDGF and others which contribute to a proliferative state.

In patients with VHL mutations, the VHL complex is unable to bind to HIF. As a result, in a parallel to hypoxic conditions, there is resulting HIF accumulation. Thus, VHL mutations create a pseudohypoxic condition. This work led to a Nobel prize for Dr. Kaelin, Ratcliffe, and Semenza in 2019.

Understanding these pathways has led to the development of 9 different targeted therapies. These target mTOR, the VEGF-receptor, the PDGFR-receptor, and the MET-receptor.

However, these agents act on targets that are important in other biologic functions, contributing to their toxicity. Thus, there is an ongoing interest to identify novel targets. Rather than addressing the downstream effects of HIF activation, they have focused on small molecular targeting of HIF-2α as a very selective treatment. Belzutifan (MK-6482) is a small molecule inhibitor of HIF-2α. Early trial data have suggested very good responses in patients with VHL disease. Presented at ASCO 2021 earlier this year, Srinivasan et al. noted an objective response rate of 49.1% in target RCC lesion, with responses shown below. 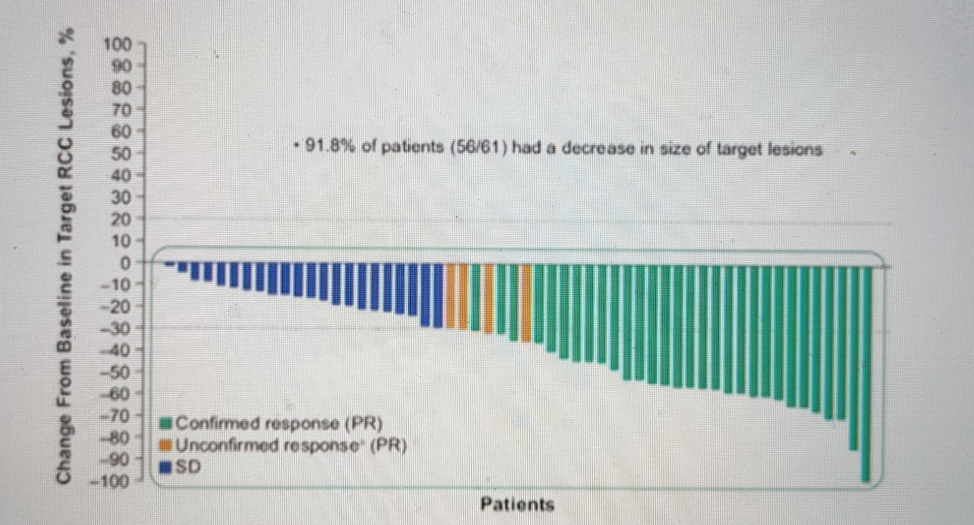 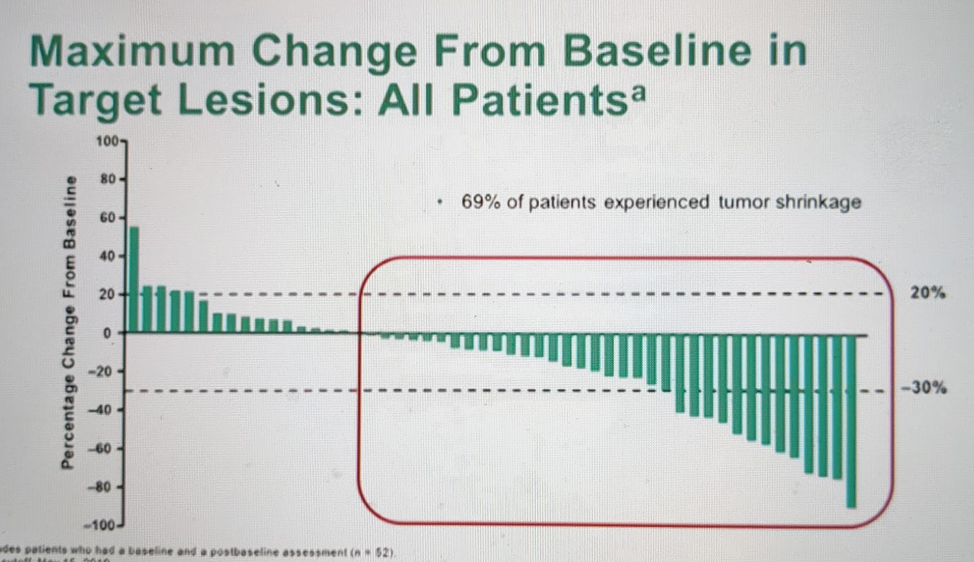 This was quite an expansive talk from the start of the VHL story to the current landscape of targeted therapy.