(UroToday.com) In bladder cancer, our goal is to eradicate existing bladder tumors and prevent or delay tumor recurrence and progression while preventing pan-urothelial disease.

High grade non-muscle invasive bladder cancer (NMIBC) is a very heterogeneous disease. BCG for NMIBC has an initial response rate of 70-80%, but some patients do not derive benefit, and over time, many tumors can relapse as well.

T1 NMIBC is an aggressive disease with a progression rate after BCG of 21% at ten years. The death rate after BCG can reach up to 34% at 15 years, and the positive lymph node rate is 18% of clinical T1 high grade and 7% of pathologic T1 high grade. Under-staging plays a significant role as well, with 27-51% of T1HG patients being upstaged to muscle-invasive bladder cancer at radical cystectomy. Several studies of radical cystectomy of Pt1 patient cohorts have demonstrated a recurrence-free survival rate of 70-89% (Table 1).

Comparative retrospective studies of T1HG patients have shown varying results in patients undergoing BCG and those undergoing early immediate cystectomy. Some studies have shown no difference between these treatment options, and some have shown benefit to those treated with early radical cystectomy.

Even when these cases progressed to secondary MIBC and were treated with neoadjuvant chemotherapy before radical cystectomy, they had a worse pathological response (26% vs. 45%) with worse overall survival (HR 1.7, 95% CI 1.0-2.7, P=0.048)2.

Radical cystectomy can be performed at different stages, and it is important to understand the best timing for each patient (Figure 1).

The advantages of performing immediate radical cystectomy early in the disease course include:

However, there are some disadvantages to performing an immediate-early radical cystectomy. These include:

Dr. Shariat moved on and gave some important tips and recommended a checklist for TURBT (Figure 2) to help decide which patients require which treatment.

The EORTC nomogram for T1HG patients has demonstrated that T1G3 patients generally do poorly with a 5-year progression rate of 19.8%.

There are several factors affecting the recurrence, progression, and cancer-specific survival of patients with T1 HG disease. These include CIS, lymphovascular invasion, variant histology, T1 substage, molecular pattern, tumor invasion, tumor size, growth pattern, multifocality, diverticulum tumor, and T1 HG with CIS in the prostatic urethra. In a large meta-analysis of 56 studies with over 15000 patients, the five-year recurrence rate was shown to be 42%, the 5-year progression rate was 21%, and the five year cancer-specific mortality was 87%3.

The next dilemma that was debated was whether a persistent T1 at re-TURBT is an indication for immediate radical cystectomy. Studies assessing these have shown that persistent T1 at re-TURBT was associated with a higher risk of progression of between 25% and 75% at five years. Additionally, CIS in the prostatic urethra and female gender (but without CIS in the bladder) are independent predictors of T1HG progression (Figure 3). 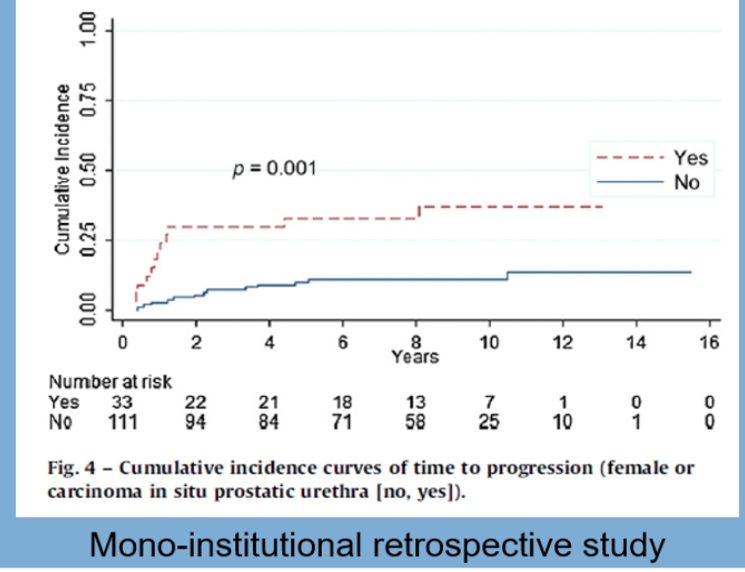 The lymphovascular invasion has also been shown to be associated with a worse prognosis and requires immediate radical cystectomy (figure 4). 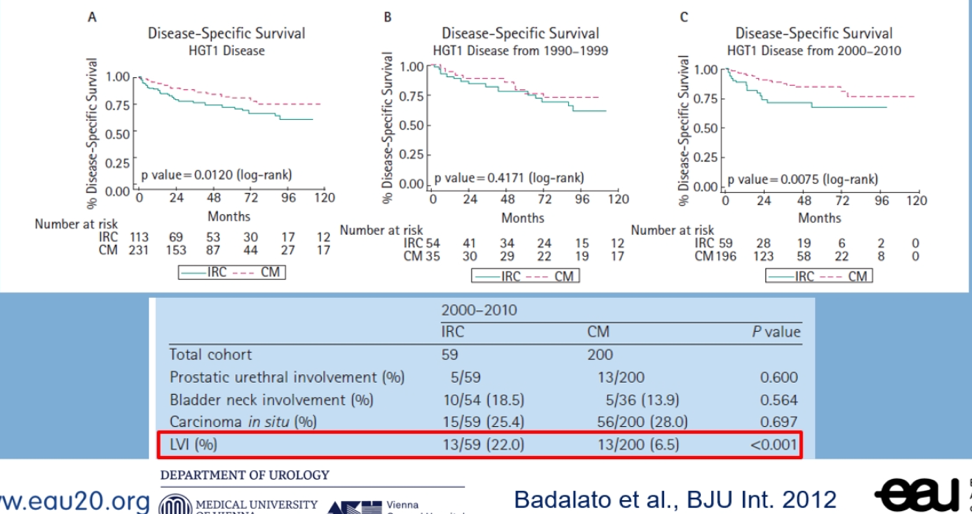 Other important factors that influence prognosis include smoking, which has been associated with higher BCG failure rates, progression, and mortality, with heavy long-term smokers having the highest risk (dose effect). Patients who stopped smoking more than ten years ago have a lower risk significantly, and females have a worse prognosis than males.

According to Dr. Shariat, one or multiple of these factors should prompt immediate radical cystectomy:

It is critical for patients to stop smoking. 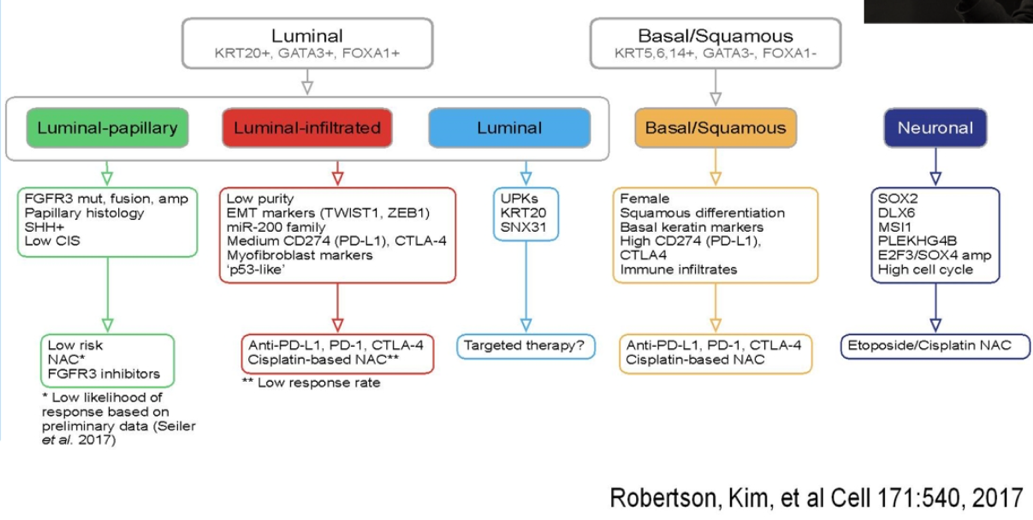 Dr. Shariat ended his talk, stating that our goal for today should be to identify appropriate patients for BCG and immediate radical cystectomy and change the strategy in a timely fashion for BCG unresponsive tumors. Our goals for the future should be to better understand cancer biology, which is the primary mediator of mortality. Only better diagnosis and therapy will reduce morbidity and mortality, allowing us to give the right therapy to the right cancer in the right patient, at the right time.