(UroToday.com) The 2022 American Society for Radiation Oncology (ASTRO) Annual Meeting held in San Antonio, TX between October 23rd and 26th, 2022 was host to a session that addressed studies aimed at improving outcomes for high-risk prostate cancer patients. Dr. T. Martin Ma presented results of the SANDSTORM meta-analysis, which evaluated the sequencing of short-term ADT with radiotherapy in patients with non-metastatic prostate cancer.

Dr. Ma began his presentation by noting that the sequencing of systemic therapies with radiotherapy has been associated with differential survival benefits in multiple malignancies. The sequencing of ADT with RT (proportion of neoadjuvant versus adjuvant) has been variable across multiple trials:

As such, there has been limited data to directly compare ADT sequencing strategies. To date, only two randomized trials have ever compared ADT sequencing:

Dr. Ma next presented the baseline characteristics of the study cohort. He noted that the median age was 70 years, significantly more patients in the concurrent/adjuvant group received pelvic nodal RT (57% versus 38%, p<0.001), the majority of patients had a Gleason Score of 6-7, and approximately half were in the intermediate risk group. 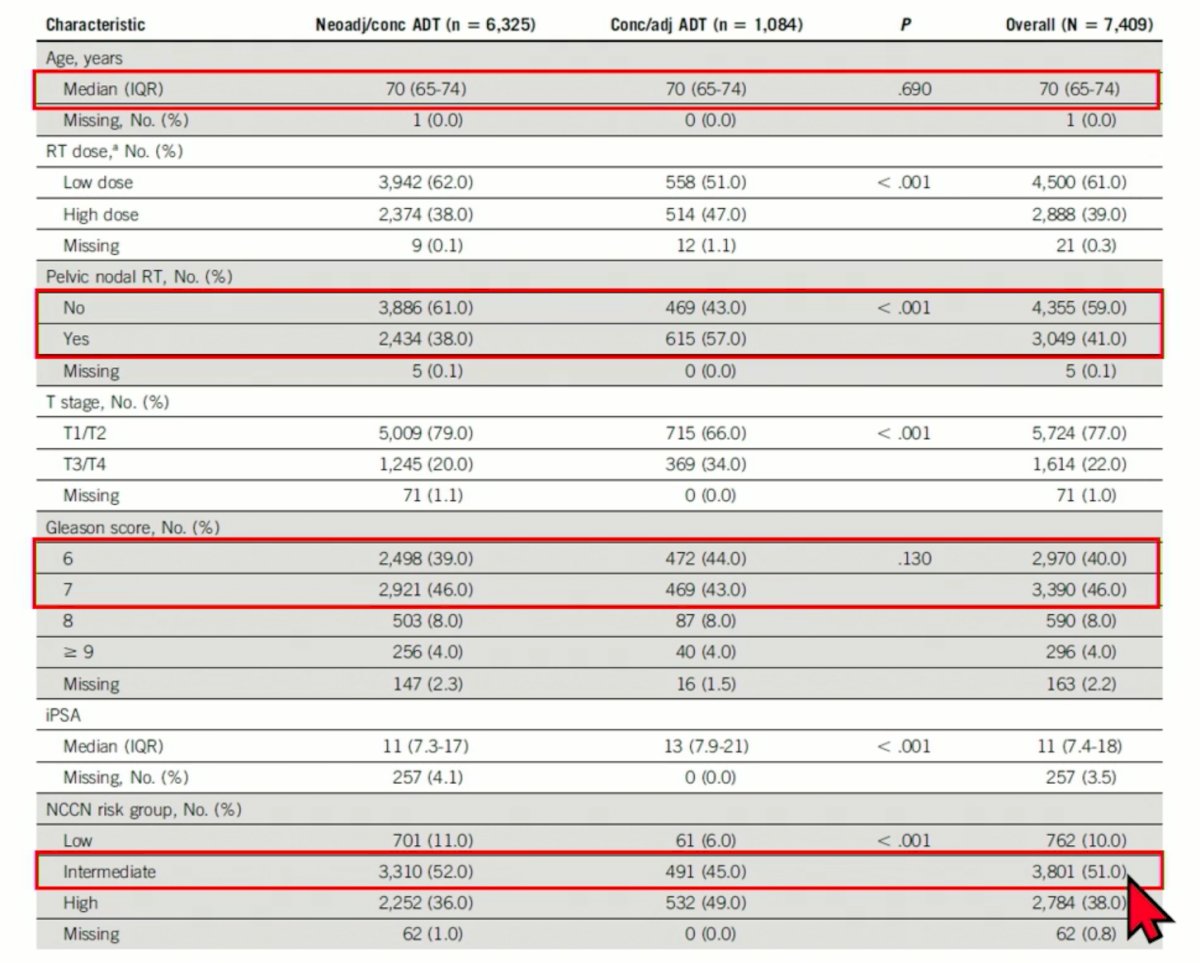 There was a significant interaction between ADT timing and RT field size (PORT versus WPRT) for the outcomes of biochemical recurrence, distant metastases, prostate cancer-specific mortality, other-cause morality, metastasis-free survival (p<0.02 for all), but not overall survival (p=0.2) after IPTW adjustment. For subsequent analyses, the authors dichotomized the patients in two cohorts (PORT and WPRT) and performed independent analyses in each cohort per an a priori analysis plan. 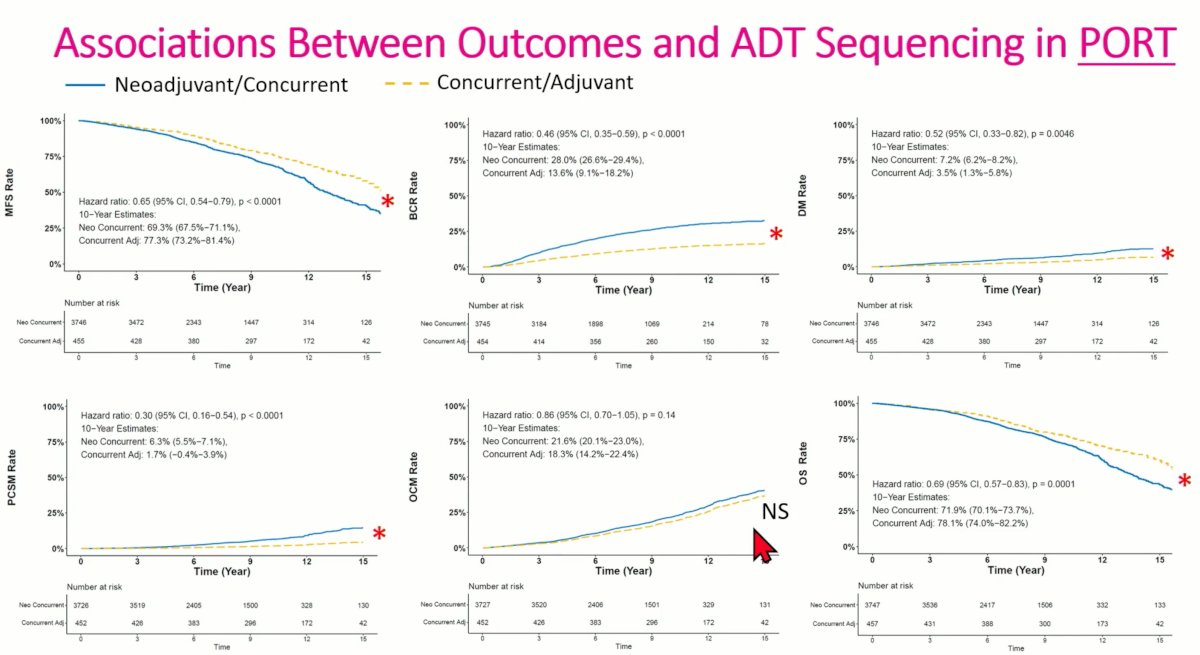 The authors concluded as follows: